FORT SHAFTER, Hawaii — Black Americans have served and sacrificed in every conflict in the history of the United States, contributing greatly the U.S. Army and the freedom of our nation. The development and advancement of Army logistics can be attributed in great part to Black Soldiers.

Prior to the desegregation of the military in 1948 by President Harry Truman, the majority of Black Soldiers served in logistics-related fields under the Services of Supply branch, according to the National Archives.

Many of the fundamentals of Army logistics today can be traced to the Services of Supply branch of the Army during World War II. Historians across disciplines have researched these contributions and the results are not only fascinating, but ones to be celebrated and discussed more. 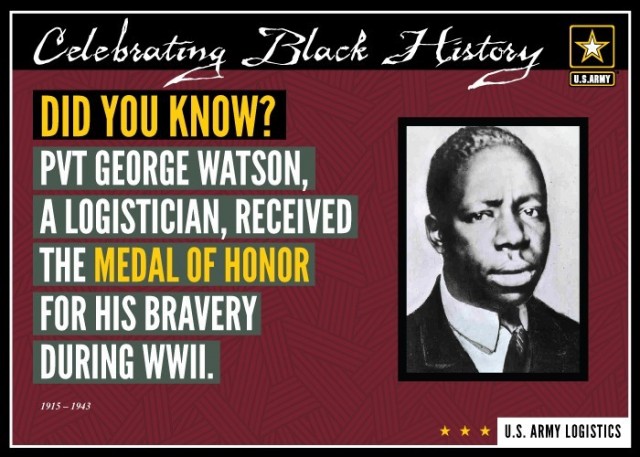 Pvt. George Watson, a member of 29th Quartermaster Regiment during World War II, was one of seven Black Soldiers awarded the Medal of Honor by President Bill Clinton in 1997. While six of the recipients served in combat units, Pvt. Watson was recognized for his courageous efforts saving others after enemy bombers hit the U.S. Army transport ship he was on while off the coast of New Guinea. Watson ultimately drowned with the ship. 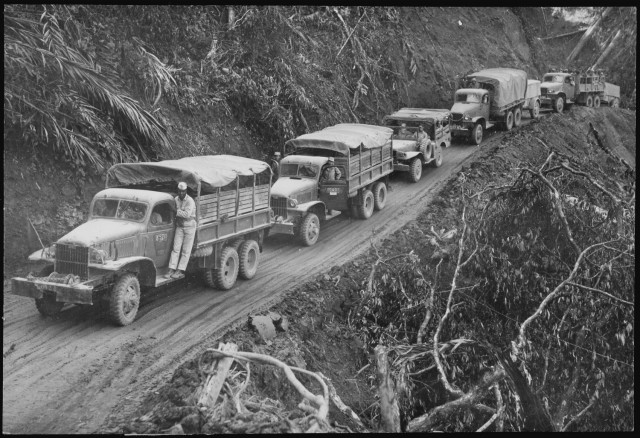 War historian and member of the editorial board for the Quarterly Journal of the Army War College, Douglas Bristol, Jr., profiled four Black Quartermasters who served during World War II. He shared their experiences and how these Soldiers, and others like them, were indispensable in the success of the U.S. Army in the European and Pacific theaters.

Learn more: What Can We Learn About World War II From Black Quartermasters?

Visit the Black Americans in the U.S. Army microsite

I am Black History

Soldiers sound off to Army leadership in new survey

In a reversal, Army to develop modified combat fitness test for injured soldiers