The podcast “Grace of a Military Child” opens with a pleasantly plucky beat and the upbeat voice of 19-year-old Gracie Burgess, the show’s host and founder. But behind the welcoming vibes is a story of trauma, endurance and a prime example of a U.S. military family that has seen struggles.

While deployed to Afghanistan in 2011, Burgess’s father Daniel had a traumatic injury that led to him becoming an amputee and resulted in his medical retirement from the military. 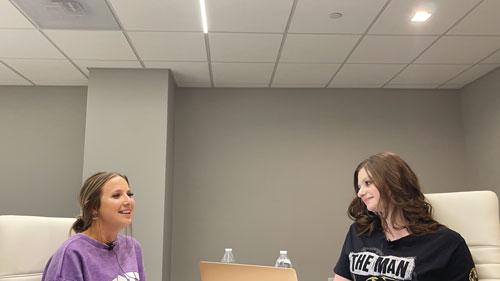 The recovery process inspired Burgess to reach out to other military children and families, including ones that supported the Burgesses during her father’s healing.

Not every military child, however, needs to experience something as traumatic as a death or severe injury of a loved one to experience stress as a young - and sometimes overlooked - member of a military family, Burgess said. 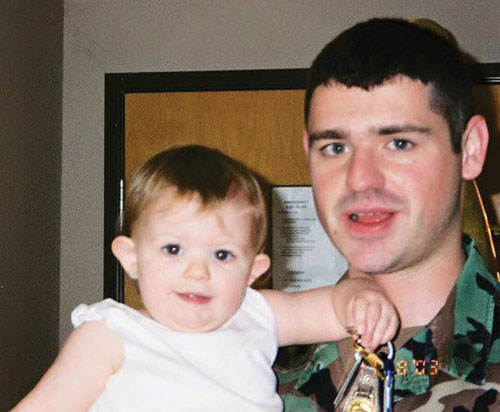 Getting started
When her mother, Genette, first suggested that she start her podcast as a storytelling outlet and outreach, Burgess was resistant, insisting that she did not like listening to her own voice.

She also has a full schedule as a student at Florida Gulf Coast university in Fort Meyers, Fla. She volunteers at the college writing for the school’s newspaper, Eagle News, and as a teaching assistant for students with learning disabilities.

But even with all this, Burgess said she still didn’t feel complete without being involved in the military community, especially after what her family went through.

Genette said Burgess often listened to podcasts to pass the time during the coronavirus pandemic and became infatuated with audio storytelling, so she encouraged her to start her own centered around military children like herself.

“You usually don’t hear stories centered around the military kids, but it really affects their lives and how they grow up,” Genette said.
Burgess’s younger sister Kaylee also encouraged her to start the podcast and designed the podcast’s logo for her.

Burgess’s guests have included military children, spouses, authors of books for families on how to cope when constantly moving with the military and leaders of military family organizations. The episodes are formatted in a minimally edited recorded conversation format and run about one hour long. Burgess said she felt like it was important to hear unabridged versions of everyone’s story.

“Everyone’s story is similar, but also so different,” she said in a recent Zoom interview.

The podcast ultimately focuses on the resiliency of military children through several stressors, Burgess said, such as transferring to a different school year after year, moving around the world and dealing with the uncertainty of where they will be heading next.

One of Burgess’ big goals for the show is to host a celebrity guest, in particular basketball legend Shaquille O’Neal, whose stepfather served in the U.S. Army, or pop singer Christina Aguilera, whose father was also a soldier.

Burgess has a personal connection to O’Neal. She attended the same high school from which he graduated in San Antonio, Texas, and got to be present for a special jersey retirement ceremony the school hosted for him, which O’Neal attended.

“Even though I didn’t get to meet him, it was an amazing experience to be in that room,” Burgess said.

She also thinks it can have a positive impression on military children knowing that such successful and high-caliber people had a similar childhood experience.

From anxiety to airwaves
In November 2011, just before Thanksgiving, Daniel stepped on an improvised explosive device while on a patrol clearing roadside bombs in Afghanistan. The devastating injury caused him to lose one leg on site, and the other was partially degloved from his ankle all the way to his groin. 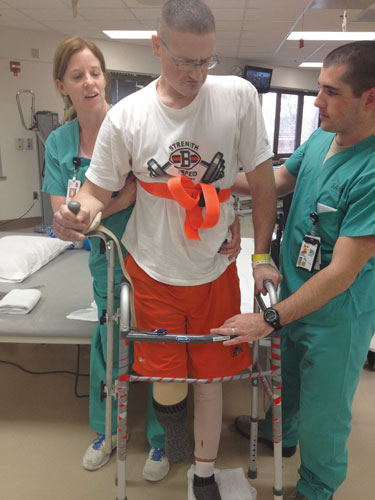 Burgess said her father’s injury was the hardest time in her life. She was 9 years old at the time.

“I still remember exactly where I was standing in our home in Ohio when my mom got that phone call,” Burgess said. “She dropped to her knees and started sobbing. When you’re only 9, seeing your mom cry like that is scary.”

Burgess said that she felt a mix of being grateful her father was still alive, but also terrified and worried for the traumatic injury he sustained. She said it also made her realize the full extent of the dangers people serving in the Middle East at that time faced and the ugliness of war, which was humbling but jarring.

“What you know as a child about war is really nothing,” she said.

While her dad spent weeks in the hospital recovering, Burgess became debilitated in a different way.

“My biggest fears of what could happen to my dad came true. I struggled with anxiety,” she said, tears welling in her eyes. “I cried on the couch for one week straight.”

The experience caused Burgess to have to act above her young age, she said, something that she sees echoed across the podcast participants she interviews.

Military children don’t capture the same memories of their hometowns, childhood bedrooms and school cliques as other young people can, Burgess said.

“Even if you haven’t been through exactly what our family has been through, always moving forces you to be more mature and more independent, and that takes a toll on some people,” she said.

Burgess said this traumatic yet teaching experience has allowed her to be able to have sincere conversations about post-traumatic stress disorder, loss, grief, anxiety and resiliency on her podcast.

A family unit
The Burgess family spent three months in a hotel room and 10 months in a Fisher House, an organization that provides accommodation for military families while their loved ones are hospitalized.

Daniel said he doesn’t remember much from the first few months of his recovery, but he said he never could have pulled through if not for the support of his family.

“If not for our bond, which only got stronger even through the difficulties, I would have never been able to get out of bed,” he said in a Zoom interview with Stripes.

Genette said she felt she had to carry a lot on her shoulders with watching her husband in that state and protecting her daughters from being traumatized by the severity of the situation.

“As a mom, you don’t want your kids to have to see some of the things that were happening,” she said. “There were moments when Daniel said, ‘I should have died.’ That can be traumatic for a 9-year-old.” 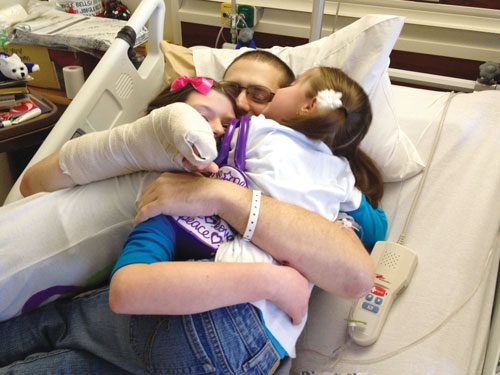 In addition to coordinating appropriate times for her children to visit the hospital and maintaining a normal school routine for them, Genette said she felt outside pressure over how she should handle the situation and what she should and should not tell her kids.

Even with all the contingency and emergency action plans she had in place, there is no preparing for an event like that, she said.

The family had recently seen Dolphin’s Tale, a film about a dolphin at a Florida aquarium receiving a prosthetic flipper and used that as a way for Gracie and Kaylee to understand and accept what was happening to their father.

“You have to do what you believe is right,” Genette said. “People will either stand by you and your choices or they won’t, but in the end, everyone goes back to their lives while this becomes your new normal, so you have to work through the situation together as a family.”

The podcast has also become a family project, with Daniel often helping with the sound editing and Genette and Kaylee pitching in to find guests for the show.

Daniel spent his entire childhood until age 16 as a military child while his father served in the U.S. Navy.

Genette was also a military child. Her father served in the Vietnam War before she was born, and throughout her middle school and high school years he served in the Army Reserves.

Both said they are grateful that their daughters have more resources at her disposal than they did growing up as a military child, although there could still be more.

One improvement Daniel said he would like to see from both his time as a military child through his daughters’ is more programs in American schools, to include ones for civilian students to understand the gravity of constantly moving and be able to better support their peers.

Being forced to retake classes because of inconsistent standards and education credit requirements state-to-state is another challenge that is not often talked about that both Daniel and his daughters had to deal with.

Daniel said from his injury, to dealing with the unseen injury of his PTSD, to learning software programs to help Gracie develop her podcast, the past decade has been a learning curve, and he is incredibly proud of his children.

“You really can take tragedy and struggle and turn it into success,” said Daniel, who since his recovery has also found joy as an artist, making quilts on his long-arm machine.

Burgess reiterated her father’s sentiment and hopes she can be a support to all her guests and listeners.

“Just because a traumatic experience may happen, you are still able to achieve your hopes and dreams,” she said. 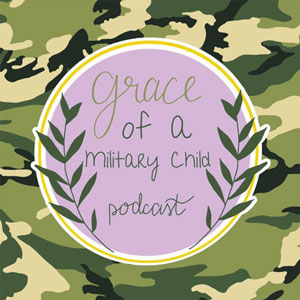 Listen on Apple Podcast
Listen on Spotify
Listen on YouTube

My children are total brats, and I couldn't be prouder