Despite the many adjustments that we still see, the reason for this occasion still rings true: to mark Japan’s young men and women becoming legal adults.

In Japan, age 20 is when someone becomes a legal adult. At age 20, they can legally drink, smoke and get married without parental consent. They also become subject to the laws and social responsibilities that bind adults. However, they need to wait a few more years to run for a public office. The minimum age for a congressman and mayor is 25; it is 30 for a senator and governor.

“The purpose of this holiday is to congratulate and encourage young men and women who attain the legal age of adulthood to fulfill their new-found responsibilities and become self-reliant members of society,” said Masahiko Uchino, of the National Cabinet Office’s holiday section.

The number of new Okinawan adults in 2021 was 16,729, showing a decrease of 116 from the previous year. The birthrate was 10.4 newborns per 1,000 people in 2019, the highest among all 47 prefectures in the nation. Nothing new for Okinawa, which has been the prefecture with the highest birthrate for the past 46 years.

The tradition of celebrating coming-of-age in the middle of January can be traced back to ancient times, although the national holiday was established for Jan. 15 in 1948. (In 1998, it was moved to the second Monday in January as part of Japan’s Happy Monday system, which moved several holidays to create three-day weekends.)

Originally, coming-of-age was celebrated on or around Jan. 15 according to the old lunar calendar. Traditionally called “koshogatsu” (Small New Year’s), it was the day of the first full moon of the year.

“It was considered right to celebrate coming-of-age in the beginning of year with festive atmosphere,” Uchino said.

Although there was no precise age that determined the onset of adulthood throughout Japan’s feudal era, it was usually celebrated when boys reached the age of around 15 and when girls reached about 13. The Meiji government set the legal age of adulthood for both sexes to 20 in 1876.

“Seijin-shiki,” or coming-of age ceremonies, are generally held the morning of the national holiday at local city offices throughout the country. Those who turn 20 during the current school year, which runs from April 2 to April 1 the next year, attend. During the ceremony, heads of local government and guest speakers from various backgrounds give speeches and small presents are handed out to the new adults.

On this day, young adults also often visit shrines or have parties with family and friends after the ceremony.

In some Okinawan villages, such as Shiraho, Ishigaki City, new adults perform a dance to thank the villagers for their support.

Though Seijin-shiki will not yet be completely back in order this year, the rite of passage will continue in a manner to ensure the safety of others. 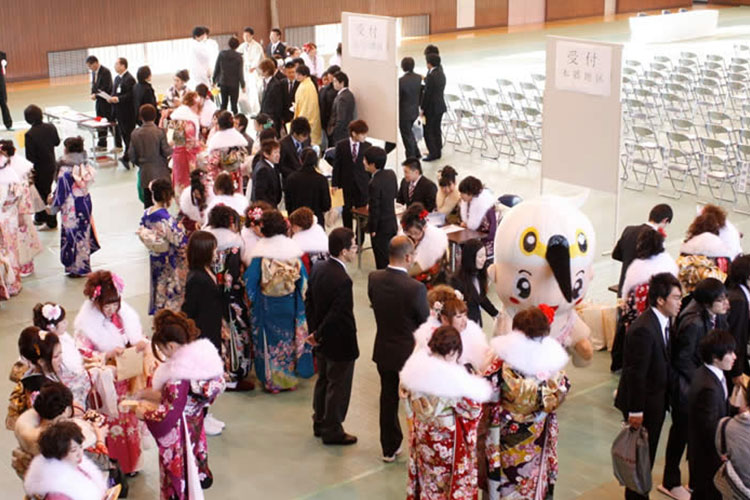 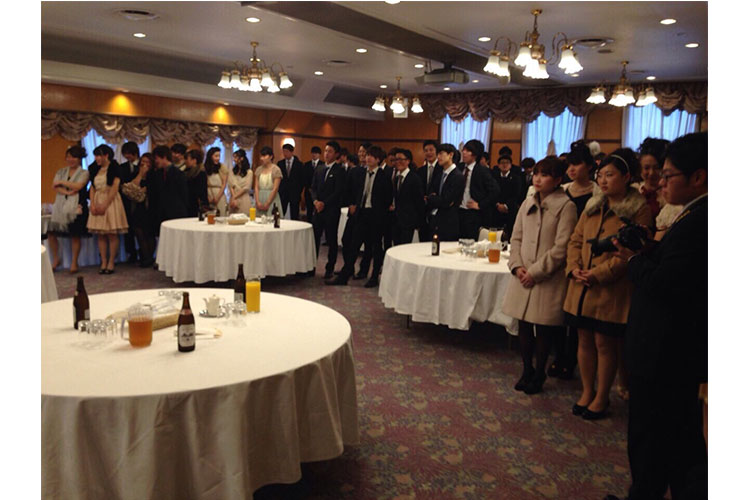 Dressing the part in style

The furisode is the most formal style of kimono worn by an unmarried woman in Japan. It is made of very fine, brightly colored silk, and is commonly rented or bought by parents for their daughters to wear to celebrate their coming-of-age.

By wearing a furisode, a young woman signifies that she is both single and a legal adult, and thus available for marriage, since the garment may not be worn either until adulthood or after wedlock. In this sense, a furisode might be associated with the formal gowns worn by debutantes in the West.

A full furisode set is very expensive, so it is usually borrowed from a relative or rented. Typically, a young woman rents a kimono, dresses up and has her hair styled at salon before having a formal photo shoot at a portrait studio to commemorate the occasion. This can easily cost 150,000 yen ($1,250) or more. Purchasing a new kimono set may cost more than 1,000,000 yen ($8,400).

There are some young men who might wear a traditional dark kimono, called a “haori” (half-coat) and “hakama” (loose-legged pleated trousers) on this holiday. However, nowadays most of young men wear a Western suit and tie for the occasion. 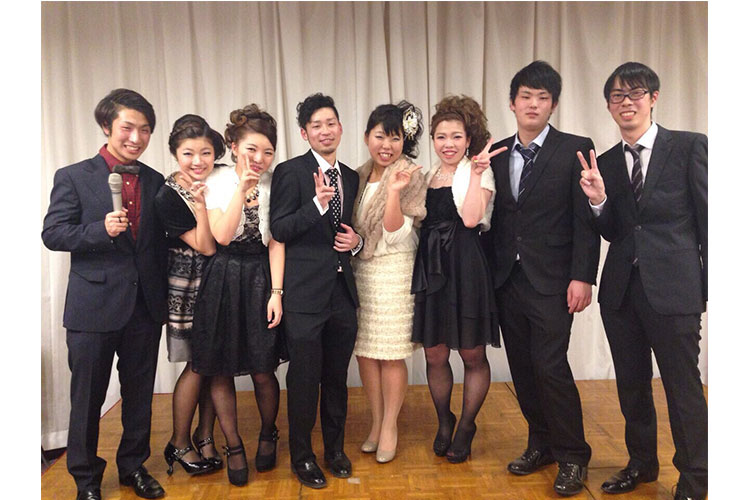 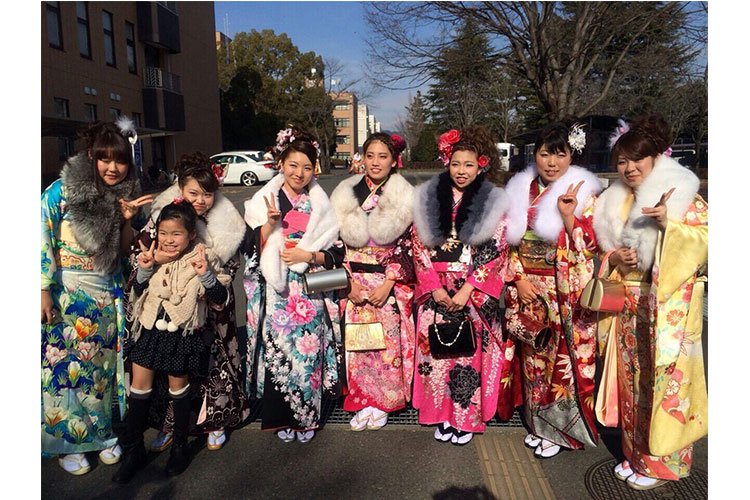 Did you know?: Coming-of-Age Day in Japan

VIDEO| Coming-of-age day, a rite of passage to adulthood

VIDEO| Coming-of-age day, a rite of passage to adulthood

Did you know?: Coming-of-Age Day in Japan