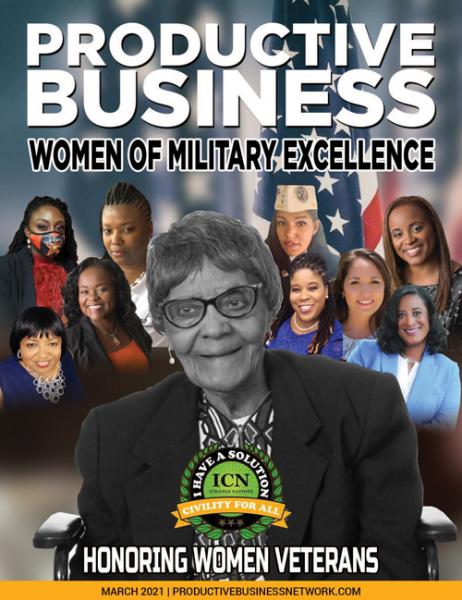 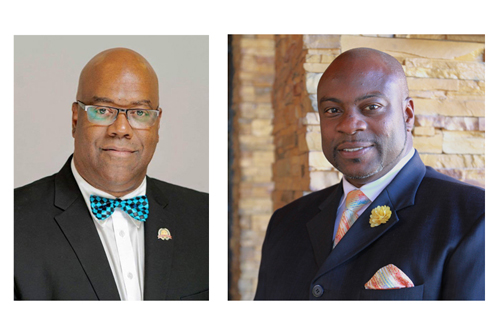 A special posthumous salute to Ms. Maybelle Rutland Tanner Campbell, who was an honorable veteran whose service during World War II with the 6888th Postal Battalion helped shatter race and gender barriers in the United States Armed Forces. She was born in Forsyth, Georgia, and served her country with valor and distinction from February 1945 to December 1946 as a Private First Class (PFC) in the 6888th Central Postal Directory Battalion of the Women’s Auxiliary Corps (WAC) of the United States Army, which was notably the only unit of African American women to serve overseas during World War II.

As part of the 6888th Central Postal Directory Battalion, often referred to as the (Six Triple Eight), PFC Campbell and her fellow service members remarkably cleared a years-long backlog of letters and packages intended for military units in the European Theatre of Operations (ETO) in only a matter of months, boosting troop morale by connecting soldiers with their loved ones back home.

The accomplishments of the Six Triple Eight have received greater recognition in recent years; along with parades and celebrations, a monument was erected in 2018 in the Buffalo Soldier Commemorative Area at Fort Leavenworth, Kansas, to commemorate the Six Triple Eight and the historic and invaluable contributions that Maybelle Rutland Tanner Campbell and others made to the Allied victory in World War II.

Maybelle Rutland Tanner Campbell earned her wings on February 9, 2021. She will be fondly remembered and dearly missed by her children, Natalie and Melody, their families, and by numerous other family members, friends and fellow veterans around the world. Maybelle Rutland Tanner Campbell will be remembered as a global agent of change for her service and dedication to our great nation.

Dr. Clyde Rivers Founder of I Change Nations states, “These kinds of tributes remind us that  your actions speak louder than your words and the world is a better place because of women like you... Civility for All!”

I Change Nations Global Business Statesmen & Founder of Productive Business Civility
has created a new paradigm of Business Civility in action. “This is where business and people are of equal value. Civility is meant to be contagious so spread it with love.” - Dr. Vernet A. Joseph

Civility360 (C360) State of Civility Summits are the leading voice of civility in action which focuses on promoting the pillars of kindness, respect, love, hope and action. It is our duty to bring civility solutions to our world with a 360º angled approach. 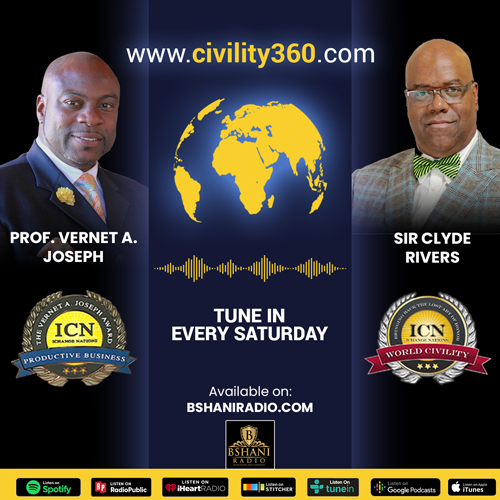 Global World Civility Leader, Sir Clyde Rivers and Prof. Vernet Alin Joseph are the founders of this global movement. The Civility360 State of Civility Summits are a voice that will bring global change to our world as we deal with the resource of human capital which exists in every country. “How people treat human currency will determine our pathway forward as a world” says Professor Vernet A. Joseph, I Change Nations Global Business Statesmen & Founder of Productive Business Civility.

Develop a culture and dialogue that promotes proper people treatment, innovation, ingenuity, and civility in action for the special needs’ community. Implement Civility within the business, education, and governmental rank structures. Embrace, participate, and celebrate National Productive Business Civility Day annually on June 13th. “The most powerful commodity and currency for business is the value of people, their ideas and solutions.” - Prof. Vernet A. Joseph

Dr. Clyde Rivers states, “I am honored to be able to work alongside such amazing people, who are changing the world and creating a culture of honor and civility. Each one is an icon and a difference maker.

Professor Vernet, is the creator and co-host of Civility 360 with World Civility Leader Sir Clyde
Rivers, the only show devoted to interviewing civility leaders from a 360º angle of the world. This program will help put the world back together after COVID-19. Listen in as they share wisdom and insight on Civility, Influence, and Action every Saturday. The broadcast can be found at www.civility360.com, https://www.bshaniradio.com/civility-360.html and anywhere podcast can be found.

Dr. Joseph is the Global Business Civility Leader and productive agent of change in this day. He is the narrator of Presidential Productivity – honoring “Cultures of Extreme Excellence. He is the narrator of Madame Productivity – honoring “Cultures of Caring for Humanity. Dr. Joseph is a World Civility Ambassador & National Statesman to I Change Nations™. He is a retired military officer, combat veteran, an award-winning Serial Entrepreneur, Author of over 35 books and 5 Bestsellers, Radio Show host, Veteran Transition Expert, and International Humanitarian Chaplain. Dr. Vernet is the Founder of Live To Produce Enterprises, LLC, and Founder of the Productive Business Network & Summit Headquartered in Mesa, Arizona.

I Change Nations is a Culture of Honor System; the organization is committed to bringing back the lost art of honor by building a Culture of Honor that recognizes individuals throughout the world who have exemplified extraordinary humanitarian efforts to effectively change nations. We honor people and organizations that believe every life is valuable and is created to bring a contribution to the world. ICN is the largest “building cultures of honor” network in the world. Founded by Dr. Clyde Rivers.

Dr. Clyde Rivers is the Spokesperson for the World Civility Day, Community Civility Counts Initiative, Dr. Rivers has been honored internationally and has received numerous awards.
Recently Dr. Clyde Rivers, received his 2nd Presidential Award for 2019 at the United Nations
Association of El Salvador in New York City, Dr. Rivers received the Presidential Award for his
volunteer service to the citizens of the United States of America. In 2017 Dr. Rivers won the
United States Presidential Life Achievement Award for over 4,000 hours of serving the nation and humanity Dr. Rivers is the recipient of the Danny K. Davis Peace Prize 2017, U.S. Congressman of Illinois. This annual Congressional Award given for excelling in his field and making a difference in people’s lives. In 2017 International Spokesman for World Civility Ambassador Dr. Clyde Rivers was appointed as International Board Chairman of OPAD. Dr. Rivers was given the Title of Don/Sir Dr. Clyde Rivers as he was Knighted into the original Kingdom of Guatemala, and the great city of La Antigua the first city established by the Spanish Monarchy. Knighted by Lord EDUARDO L. PRADO S. the Commodore De Santiago De Los Caballeros De La Antigua Guatemala. Dr. Rivers is the recipient of an Honorable Mention for the American Civic Collaboration Award 2017 – Celebrating Partnerships that Strengthen America Dr. Clyde Rivers is the Honorary Ambassador at Large for the Republic of Burundi, as appointed by H.E. President Pierre Nkurunziza and Special Advisor to President Pierre Nkurunziza, President of Republic of Burundi Africa.

Others Leaders that have received awards from I Change Nations Include:

President Yoweri Museveni, of Uganda:
Honored for his great leadership in establishing and maintaining peace in his country.

First Lady, Janet Museveni, of Uganda:
Honored for the AIDS awareness policy ABC (Abstinence, Birth Control, and Contraception) an
ever-present battle for the health of their people.

Vice President of Kenya, Kalonzo Musyoka:
Honored for his efforts in the peace-making process for Kenya, Sudan and Burundi.

President Pierre Nkurunziza, of Republic of Burundi:
Honored for his efforts to bring peace to a 12-year civil war between the two major tribes in his
country.

As well as First Lady Denise Nkurunziza, Republic of Burundi Honored for her efforts to
bring a better life to the people of her country.

Former President Olusegun Obasanjo, of Nigeria:
Honored for the Anticorruption policies he implemented in Nigeria.

First Lady Maria de Luz Guebuza, of Republic of Mozambique:
Honored for her humanitarian efforts for the youth and women of her country as well as
bringing AIDS awareness programs.

Former President Wolde Giorgis, of Ethiopia:
Honored for his efforts to build a better environment in his country.

Dr. Vanda Pignato – Former 1st Lady of El Salvador:
Honored for her tireless efforts in protecting for women’s rights in the Republic of El Salvador.

Dr. Kenneth David Kaunda – Former President of Zambia:
Honored for his life’s work to establish peace in Zambia and on the continent of Africa.

For more information about I Change Nations. the World Civility Award as well as the work that
Ambassador Dr. Clyde Rivers is doing go to: www.ichangenations.org

Women in DHA create impact across the federal health community