COMMENTARY: A Glimpse of PTSD

COMMENTARY: A Glimpse of PTSD

I have been working with military kids over the last fourteen years or so. I have been to pretty much every US base in the world that has families. Places like Spain, Turkey, Baharain, The Azores, Korea, Japan, Okinawa, Guam and so on.  Not surprisingly, many of the children I have encountered along the way have a parent suffering from PTSD.

I was first exposed to the difficulties of PTSD many years, to when I was in the service in South Africa army errr last century. 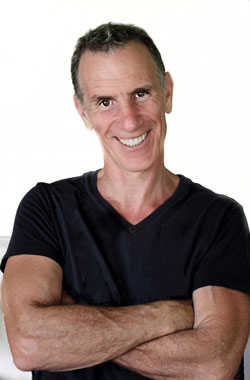 The experience took place while I was traveling on a train. When I initially entered the cabin I tried to make eye contact with the guy who was already in the cabin. He made me uncomfortable from the first second I glanced at him. He had those steel blue eyes that seem to gaze right through you.

His eyes were so piercing and cold that I had to look away instantly.  Which was probably a good thing because he was a member of the Recce’s.  Also known as the toughest, most ruthless, military group in the South African Defense Force.

The Recces were an elite special forces unit who were always rough and tough and ready.  They could survive in the bush for weeks living off insects and small animals.  They ate creatures that you or I would not have eaten even if we were starving to death. They were trained to kill people and any other living thing that got in the way of their mission.

The question I am sure you are asking is, what on earth was I doing that close to a Recce in the first place?

The answer is, I had no choice in the matter.

I was on a train to Military headquarters in a town called Pretoria from my army base in Potchefstroom via Johannesburg which was my home town.

Most of the compartments were full.

I finally found a compartment with one guy in it.  Old blue eyes himself.  His name was Blackie Swart.  A Recce who was headed to Pretoria’s 1 Military Hospital for a ‘rest’.

Now when you hear about a Recce needing a rest, you know he is probably antsy and irritable.

This guy’s piercing blue eyes left the compartment empty because only an idiot like me would be stupid enough to be in there with a Recce who was going to Ward 17 (the psych ward) for a ‘rest’.

Even the conductor brought Blackie Swart two coffees so he didn’t have to come into the compartment twice.

Blackie didn’t say anything at first.  He just sat there in his army fatigues looking at me, and slowly and deliberately sandpapering a small wooden box that he held in his hand.

And I just sat there looking everywhere else except at him.

At one stage I got so uncomfortable I decided to got the bar car and get a beer.  I got up, and before I could reach for the compartment door, he looked at me and growled,

“I see,” I said, pointing to the insignia on his beret.

“Ja, I lost my temper a few times and…well…you know how it is.”

Now I am sitting there, not knowing how to respond, and wishing someone else would come into the cabin.

I was so damn uncomfortable I wanted to run out of there.

I pointed at the box in his hand.

“Oh, this?” he said, holding up the wooden box.

He was quiet for a few moments.

Apparently he thought I could not see that it was a box.

He held it up for me to inspect.  It was quite beautiful.  It was dark wood with an intricate pattern inlaid in lighter wood.

“Ja. My grandpa taught me how to work with wood.”

He handed me the box.  I turned it over in my hands.

“For me,” he replied not looking up.

Neither of us spoke for a while then he told me why he was making the box.

“I have a lot of very bad memories from when we were fighting terrorists in Angola and a lot of crap happened when I was in Zambia and Rhodesia.”

“I can imagine,” I said quietly, not knowing what the hell else to say.

“No you can’t.” he said bluntly.  “Those memories are like hundreds of screaming ghosts in my head.”

“I had to do terrible things...” He began. Then stopped abruptly.

He sat turning the box over in his hand.

“My people are in Tzaneen, on a farm,” he said.  “I made this box for when I go home after I get out of the hospital. Ja. I am going to put all of those damn old memories in this box and bury it in a special place on my oupa’s farm.”

“That’s a good way to put the memories to rest,” I said attempting a smile.

He nodded, still not looking up.

He continued sanding the box with slow deliberate strokes. We did not speak again.

A few hours later the train stopped at the station in Pretoria.

He grabbed his kit and got up. He turned on his way out and gave me a grim nod.  I lifted my hand in recognition.

I watched him as he slowly made his way along the platform to the exit.

I was suddenly surprised by the shrill of the conductors whistle.

Some doves on the rafters above us were startled too and they took off in a flutter of wings. I saw the Recce hesitate and watch a small white dove feather spiral lazily down through the sunbeams and land on the platform in front of him.

He bent down and picked up the feather.  He gazed at it for a second, reflecting, and then put it in the wooden box he still had in his hand.

And then he was gone.

PTSD has affected many military families. This man was dealing with his situation in a unique way. I hope the ritual helped him, although he probably needed something more ongoing to help him cope.

I am happy to say that I am associated with many therapists, psychologists and psychiatrists and I am encouraged to know that there is a lot of good work going on to help people who may be struggling with PTSD like the Recce.

A very close friend of my is a psychiatrist and has these words of advice for anyone suffering from PTSD or anyone who have a friend or loved one with PTSD and not necessarily trauma from a military point of view:

She mentions that if you suspect that you yourself or a loved one has post-traumatic stress disorder, it’s important to seek help quickly. The sooner PTSD is treated, the easier it is to overcome. If you’re reluctant to seek help, keep in mind that PTSD is not a sign of weakness, and the only way to overcome it is to confront what happened to you and learn to accept it as a part of your past. This process is much easier with the guidance and support of an experienced therapist or doctor.

It’s only natural to want to avoid painful memories and feelings. But if you try to numb yourself and push your memories away, PTSD will only get worse. You can’t escape your emotions completely—they emerge under stress or whenever you let your guard down—and trying to do so is exhausting. The avoidance will ultimately harm your relationships, your ability to function, and the quality of your life.

Reach out to reach in. It will make huge difference.

5 things to teach kids about the outdoors