Growing up (mostly) in the continental United States, when I learned about World War II and world events, they generally happened somewhere else. A base called Pearl Harbor on a Pacific island thousands of miles away was bombed Dec. 7, 1941. American troops landed on a French beach June 6, 1944. Bringing the war to an end involved an intense air campaign against the Japanese islands in 1945.

Living in Japan allows for an opportunity to see aspects of a war from a different perspective, that of the people on the ground and the places on the other end of the bullets and bombs. The air raid of June 29, 1945 wasn’t one of four air raids conducted that night against line items on a list with a brief mention in the morning papers— it happened at my local shrine with bomb-scarred stone steps. And the bombs didn’t just fall on a city with an estimated population of 200,000, they fell on a now-elderly woman I know who fought them with a wet mop while scared, tired and alone. It’s a more personal story than one gets in the broad sweeps of textbook history, but it’s an uncountable number of these stories that make up what history really is.

My museum-style presentation ‘Teenage Life on the Japanese Home Front’ presents wartime life from the perspectives of two ordinary teenage girls living in Nagasaki Prefecture. Fujisawa Shizue was 15 when she and her classmates were drafted to work as welders in the Sasebo Naval Arsenal. Iseki Sui was 16 when she applied for a job at the torpedo-building Kawatana Naval Factory. Some aspects of life were similar between the US and Japan such as rationing and wartime patriotic sentiments, “doing your part for the war effort.” But, they also lived in a society controlled by a military-dominated government with levels of austerity and restrictions not experienced by their American counterparts. Fujisawa fought fires and lived through an air raid which burned down much of her neighborhood. 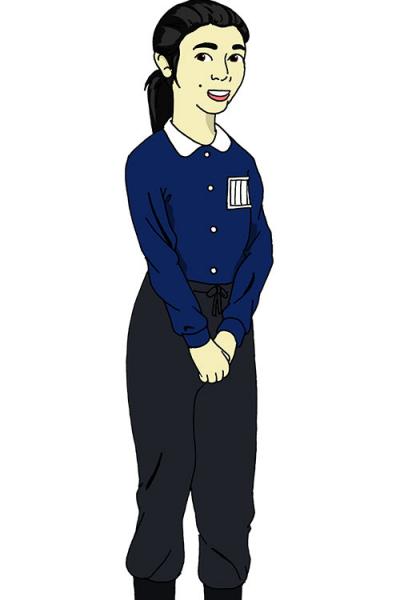 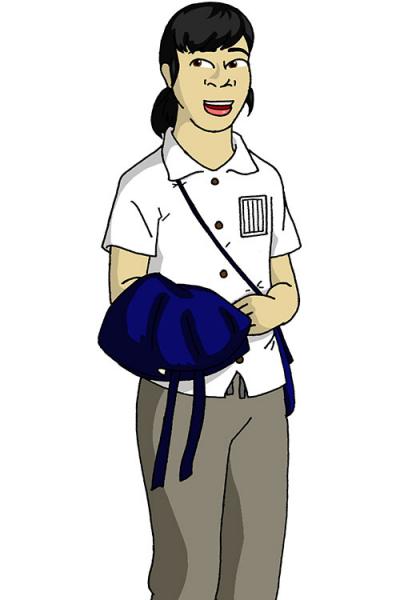 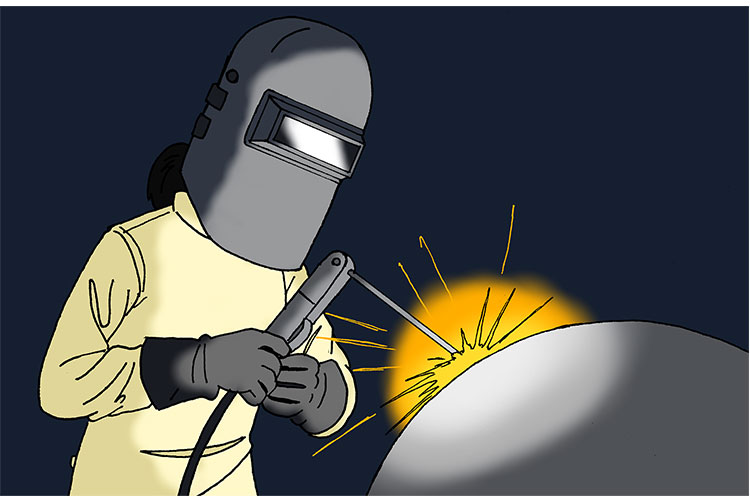 Using illustrations and photos to back what I said is usually par for the course in 45 minute school presentations but I wanted this to be more than that, I wanted to essentially bring a museum field trip to a school. I laid out a sizeable personal artifact collection with informative placards arranged by artifact type such as home life, wartime patriotism, firefighting and propaganda to illustrate the story I told and the details of wartime life. Music played on the old-style radio (from a hidden iPod) so students could hear a song Fujisawa liked to sing. It took a little more effort, but the complete package brought a museum experience to classrooms and school auditoriums that helped tell personal stories about life in wartime for people their own age. When I offered to bring a field trip to them, I meant it. 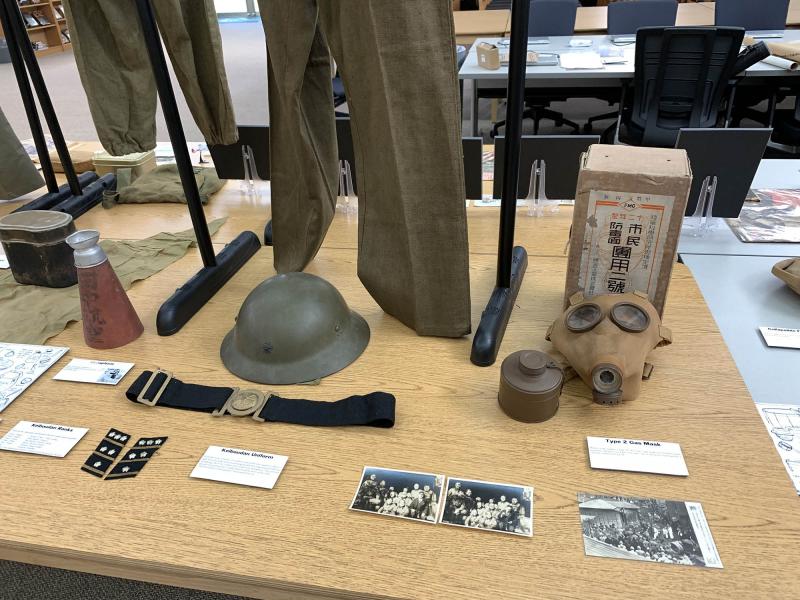 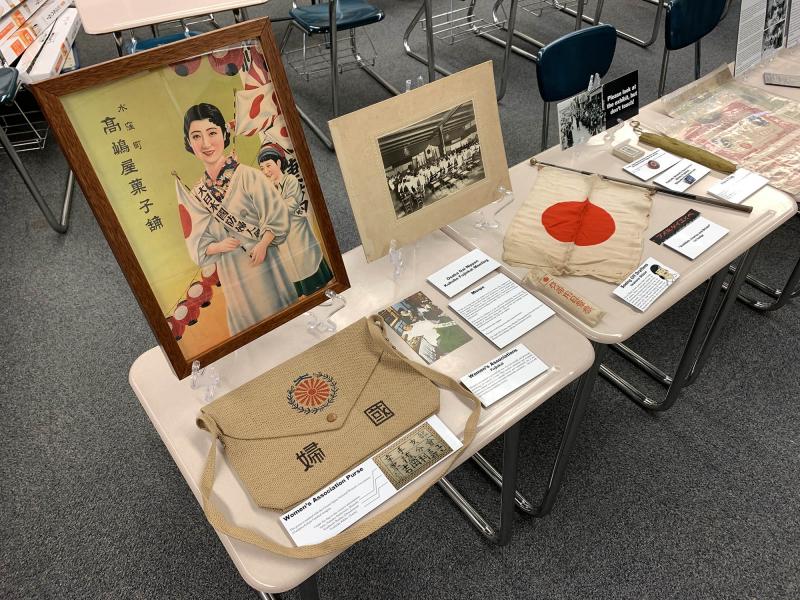 I’d initially given the presentation to students in Sasebo elementary and high schools, albeit with a small collection I had just started, but it worked. I had a table of items I could pass around or show; the local air raid survivor’s museum was kind enough to loan me a hitataki (fire-beater) like the one Mrs. Fujisawa used in fighting fires during the air raid.  Reception was good and the local connections struck a chord with some, as they realize they’ve been to the same places I talked about and could sympathize with what people went through. When I moved to Okinawa, I wasn’t sure if the schools would be interested in hearing this story since it happened in a different part of Japan. Surprisingly, several schools jumped on the opportunity, so I presented to over 300 middle and high school students, in addition to presentations for military personnel in training and for a heritage month exhibition. This was also when I expanded the collection to be museum-like and included music. 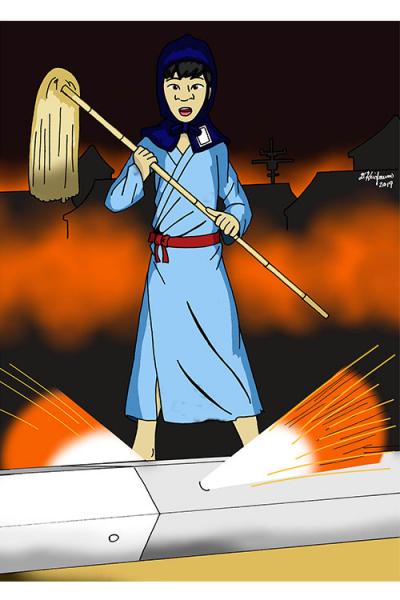 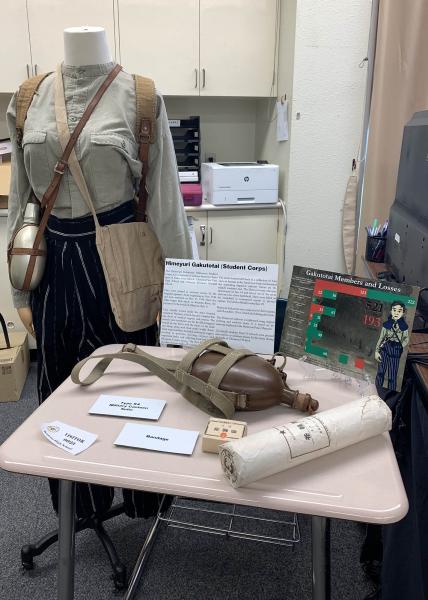 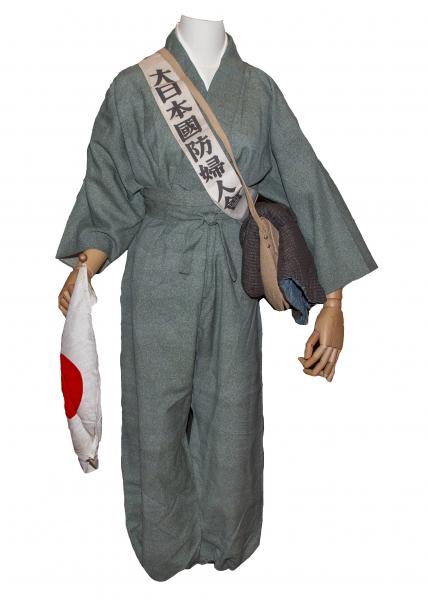 The feedback from this mobile museum presentation has been positive, there are always a few kids that want to talk more about it afterwards and share their own love of history. Different aspects appeal to different people and sometimes it’s just hearing about lives and others have interest in the old clothing or coins. I’m happy for the repeat opportunities to share these things that have been shared with me to others. Mrs. Fujisawa says she lives to share her stories in the hopes people will no longer make war and Mrs. Iseki was my wife’s beloved grandmother who passed away in 2017. Through this presentation I can share her memories with people who never met her and in that way keep her memory alive. 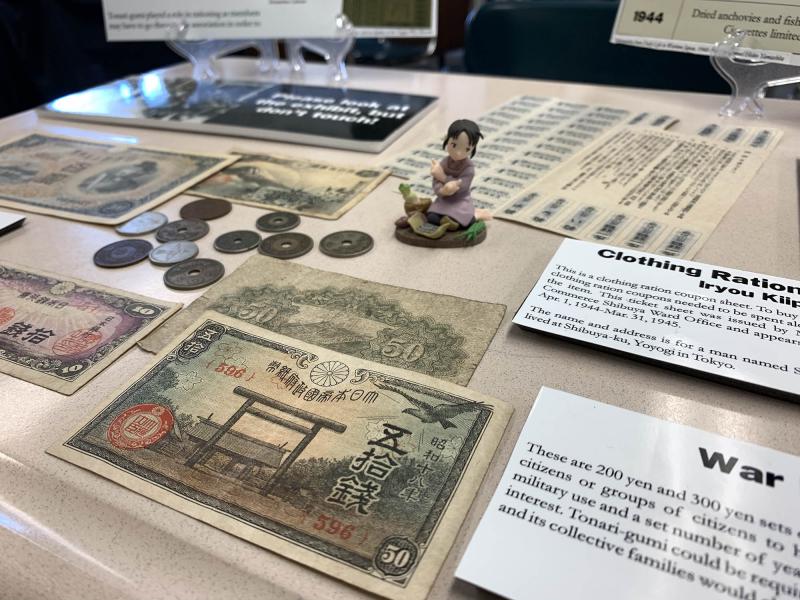 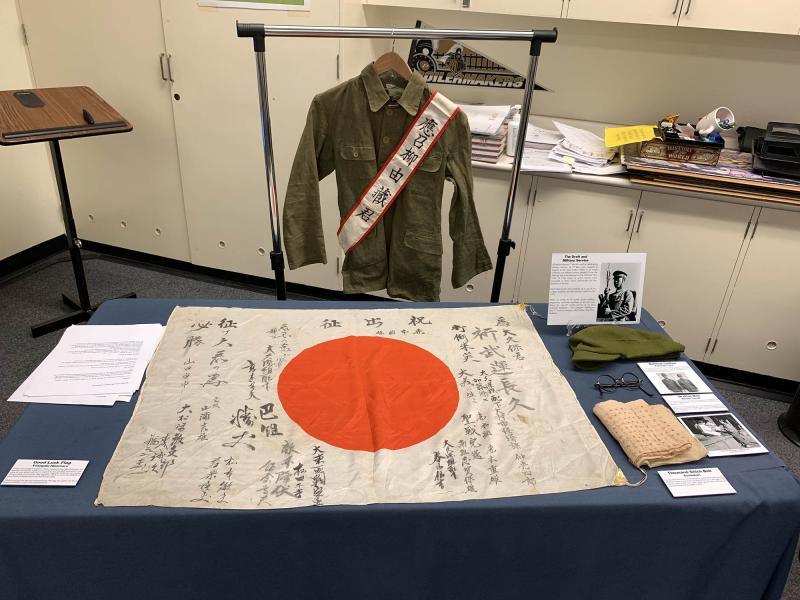 *The good  luck flag in my collection is not a war trophy but was a gift from a Japanese soldier’s family so that I could share it in these presentations.

Trace footsteps of WWII hero at Hacksaw Ridge on Okinawa