The "Voice" Soirée: A fundraising event at Kadena AB

The "Voice" Soirée: A fundraising event at Kadena AB

Phi Beta Sigma, Fraternity Incorporated, Rho Psi Sigma Chapter hosted the 1st Season of “The Voice (Karaoke)” Contest and Soirée on Saturday, April 6, 2019, at 7:00 p.m. at the Kadena Officers’ Club, Okinawa, Japan. “The Voice” Contest was our fund-raiser for local high school music departments on Okinawa to raise money for the “Far East” Festival in Korea.

ABOUT THE EVENT:
“The Voice” Soirée brought all the excitement of the hit TV show to the island of the Ryukyu’s. From the Blind Auditions, to the Battle Rounds, all the way to the Finale, participants experienced the TV show with the ultimate goal of being named “The Voice.”

How it worked:
• Contestant selected from chart-topping hits spanning Rock, R&B, Pop and Country!
• They impressed the coaches and watch them compete for the contestant to join their team.
• Contestants learn tips and techniques to help improve their performances including, breathing, vocal range and harmonizing from the Voice coaches.
• Then the selected contestant grabbed the mic and sung for the hearts of the crowd!

We raised enough to give Kadena High School $1000.00 and Kubasaki High School $500.00 in efforts to support our military children. 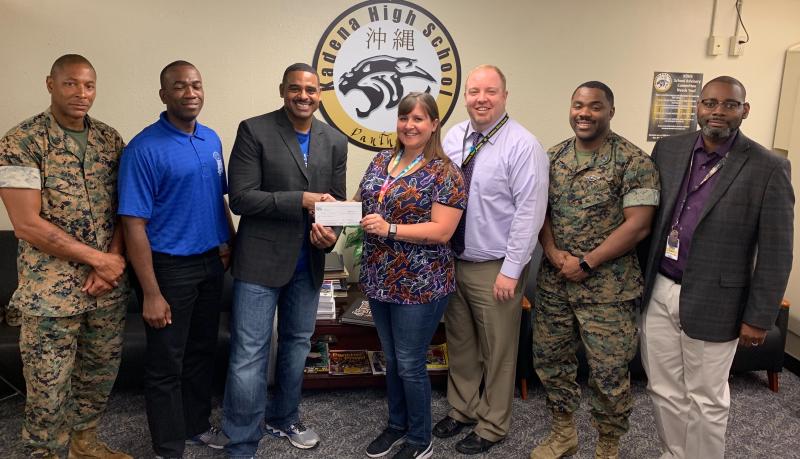 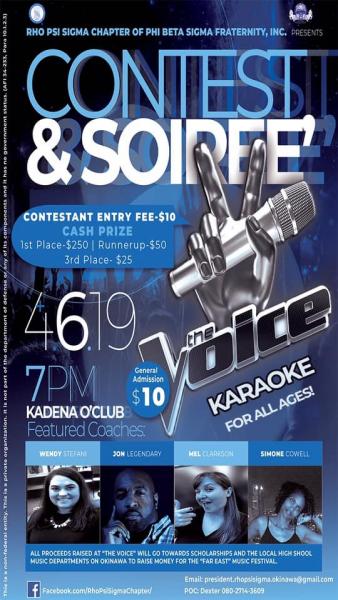 Kadena's Morris among those making big strides in track