Einstein Bros. Bagels is another restaurant in the Pacific Region that offers the military community a “taste of home” dining option.

“The Exchange is committed to providing our service members and their families with dining options from well-known U.S. brands,” Exchange Pacific Region Commander Col. Jason L. Beck said. “We are honored to serve those who serve in the Pacific with yet another dining option that reminds them of home.” 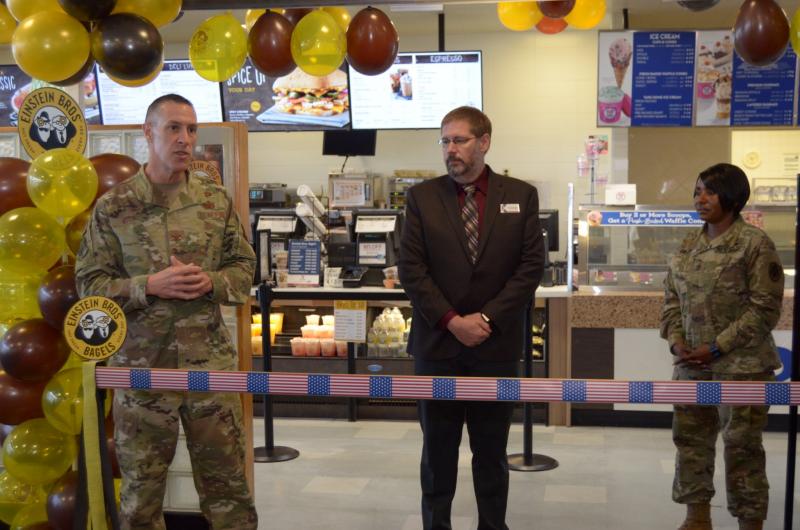 Marines stationed at Camp Hansen celebrated their Einstein Bros. Bagels’ grand opening the previous day and were welcomed with open arms. This event was especially appreciated by 3rd Intelligence Battalion’s Staff Sgt. Elizabeth Oi, a Chicago native, who started her day with a pastrami, egg and Swiss cheese bagel sandwich with an iced latte.

“I am so glad that Einstein Bagels is here,” Oi said. “I have been a longtime fan back in the States.” 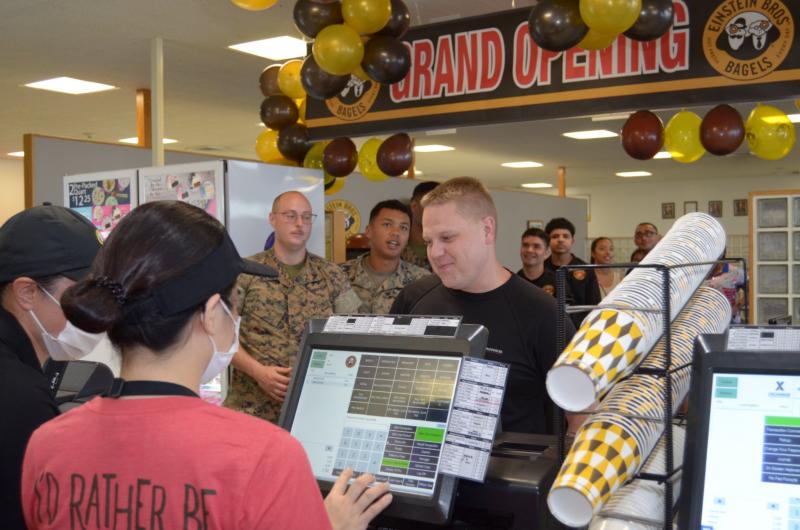 Misawa Air Base and Yokota Air Base held their grand openings of Einstein Bros. Bagels on Aug. 1. Kadena Air Base is the next location scheduled for its grand opening, which will take place later this year.

Einstein Bros. Bagel on Camp Foster is located in The Spot Exchange food court, Building 200. Hours of operation are 7 a.m. to 4 p.m. daily. 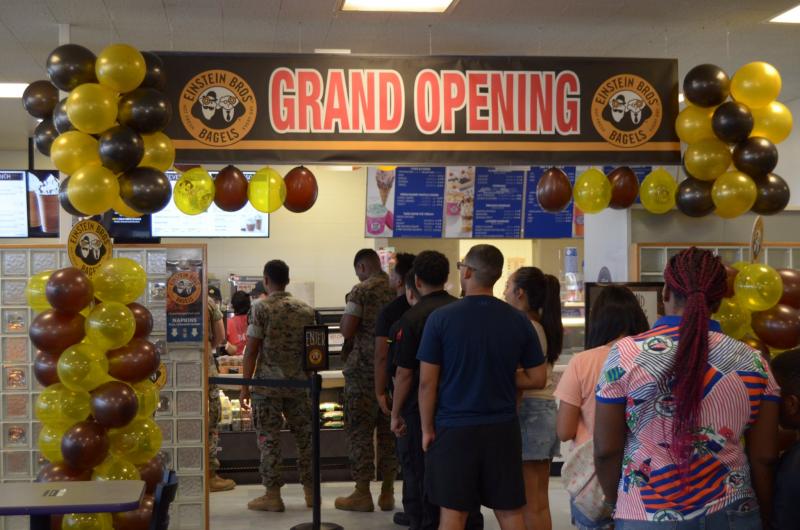 ‘I will be a customer for Life:” Maskery honored for decades of service to Air Force, Nation

Did someone say ‘free’? Camp Foster Exchange launching Fee-Free Layaway ahead of the holidays