Last year was an important year for the frozen food industry in Japan. The year marked the 100th anniversary of the first time Hokkaido fish was commercially frozen, according to the Japan Frozen Food Association.

What started with frozen fish has evolved to include a wide variety of foods through the last 10 decades. In the 1930s, for instance, frozen mashed strawberries and frozen sliced fish arrived on department store shelves for general consumers.

In the 1940s, precooked food called “home meat” and “home stew” made it to store freezers.

In the 1950s, frozen fish and croquettes were introduced to school lunches and also adopted by an expedition team to Antarctica.

And the 1960s, frozen food reached Olympic heights when, at the 1964 games held in Tokyo, frozen food was used to prepare meals at the athletes’ village and the response was golden. Following this success, hotels and restaurants began using frozen food for dishes on their menus.

Given the historical context, the year 2020 was understandably expected to be very special. It not only marked the 100th anniversary of Japanese frozen food but was also the year when the Olympic Games were originally scheduled to take place for the second time in Tokyo.
Although the Olympic Games ended up being rescheduled, the year still turned out to be something special for the frozen food industry.

In 2020, the pandemic caused frozen food sales to soar, according to the Diamond Chain Store Online. While dining out was restricted, people resorted to stocking up with frozen food from their local markets and convenience stores. The variety and shelf life of frozen food makes it a hot commodity for those who prefer to stay at home.

Not only can you enjoy croquette, hamburger, fried shrimp, and dumplings at home, but you can also get frozen ramen noodles, yakitori (skewered grilled chicken), Takoyaki, baked onigiri and more. You can even find French dishes like croissants, red wine beef stew and Tarte aux fruits in stock in the freezer aisle.

Before the pandemic, I didn’t eat frozen food often, but the stay-home period changed my mind. I took a chance and gave some of the frozen food offerings at my local market a try.

Below are a few of my picks from the frozen section. Frozen meals and food items are a great way to introduce variety and different flavors into your cooking at a reasonable price. Bon appetite!

- Takoyaki (Octopus dumpling by Lawson, 210 yen or approx. $1.92)
Traveling to Osaka may still not be an option. And while nothing compares to enjoying steaming octopus balls near Dotonbori, this snack food from Lawson’s convenience store will take you there — gastronomically, at least. 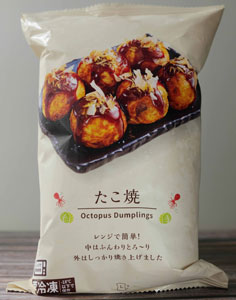 - Yaki onigiri (Roasted Rice Ball by Nichirei, 278 yen)
This is a kind of food I would buy at festival food stalls or highway rest areas. Its crispy-on-the-outside-but-soft-on-the-inside texture is well-replicated in the pre-cooked versions as well. 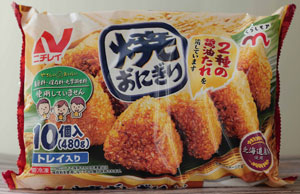 - Gyoza (Dumpling by Ajinomoto, 198 yen)
If you haven’t noticed, pre-cooked dumplings are big in Japan.  If you go to a local supermarket, you will find various labels of frozen dumplings there. Some bear the names of famous gyoza restaurants such as “Osaka Ohsho” and “Min Min,” allowing customers to enjoy the authentic taste of their favorite dumpling at home. 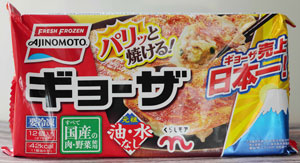 - Ebi fry (Fried Shrimp by Tolona, 138 yen)
This is arguably one of the most popular food among kids for bento meals along with hamburgers and croquettes. Most frozen ebi fry are meant to be fried in a pan, but you can find many are now conveniently microwaveable, too! 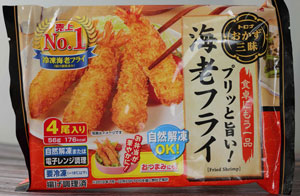 - Karaage (Fried Chicken by Ajinomoto, 398 yen)
Whether for an appetizer or for a bento meal, pre-cooked karaage can be a great choice. “ZaHKaraage,” a popular label pictured in the photo, is especially worth a taste since it’s been a hit since its release last September. The garlic, soy sauce, and spring onion oil seasoning on these juicy karaage can be addictive. 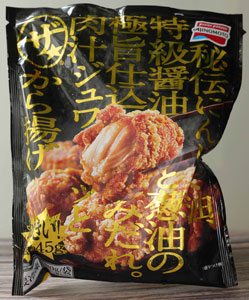 *These prices listed above don’t include tax and are subject to change.

My Faves: Curry in bag you simply heat up in Japan