Japanese food is absolutely amazing, but it’s also completely different in taste, presentation, and texture from dishes in many Western countries. From raw fish to stinky (if healthy) natto soybeans, there are many dishes in Japan that might discourage the less adventurous gourmands.

While liking or disliking a dish is a matter of personal taste, fortunately it’s also fairly easy to find Japanese dishes that will amaze even the most Western food-oriented palates – if you know what you are looking for. As an Italian expat who’s resided in Japan for years, I’ve had many friends and family who have visited Japan, some of whom were somewhat picky with what goes on their plate. Here are 8 food suggestions which, in my experience, delighted everyone!

1. Shabu-shabu: When you’ve tired of ramen 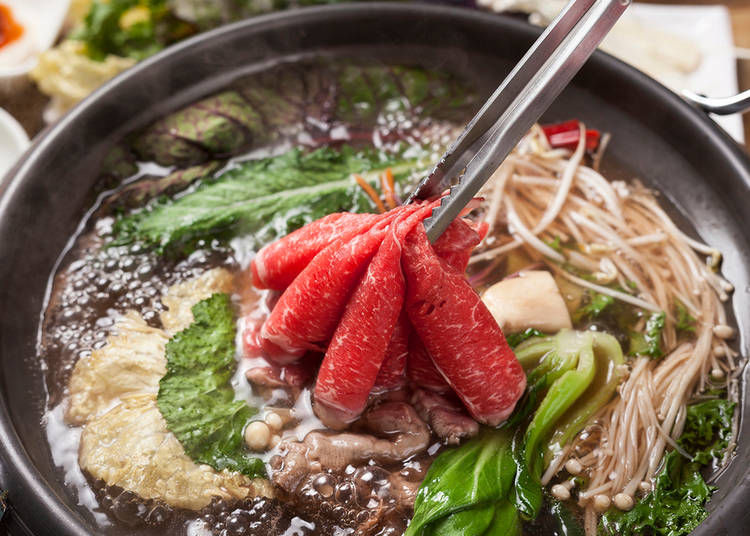 Shabu-shabu is a dish that falls into the nabe category. Nabe are hot-pot dishes. This kind of food is a variety of ingredients boiled into a large ceramic pot. The water can be seasoned with different spices and dressings and the food is then dipped in a variety of sauces.

Shabu-shabu is plain water boiling vegetables such as cabbage and mushrooms, along with tofu. Prime cuts of beef or pork meat are thinly sliced and served. You then dip the meat in the water (it usually takes only a few seconds for it to be ready) and finally add a dressing of ponzu sauce (a citrus-based dressing), or sesame sauce, or spicy oil, or any combination of the three.

The name shabu-shabu derives from the swinging hand movement performed to cook the meat while holding it with chopsticks.

The flavor of shabu-shabu usually lays in the quality of the meat, and in most cases, meat in Japan is really good (albeit a little expensive at times). Also, this dish, unlike many other Japanese ones, will allow you to mix and match and choose what to add or what to avoid, to customize your perfect Japanese hot pot.

If you like soups, you will love this dish, but you will also enjoy it if you’re looking for a healthy, tasty, and complete meal.

2. Yakiniku: For when you crave some serious meat 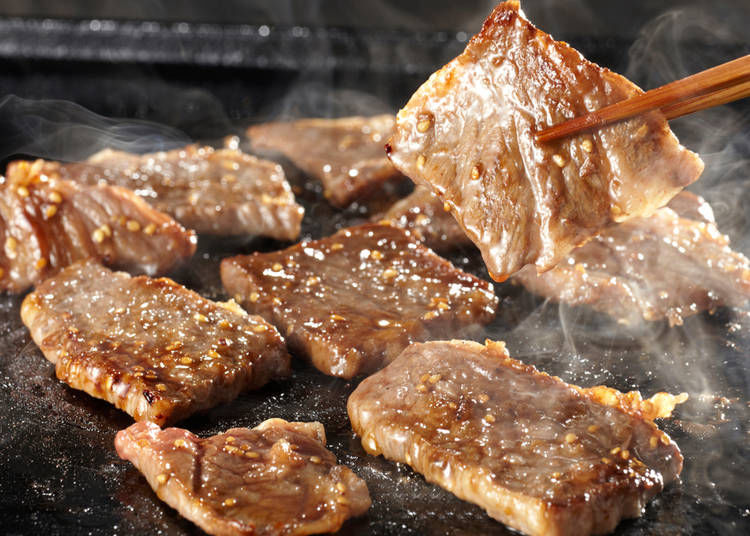 Regardless of where you’re from or what dishes you’re used to eating, chances are that you are familiar with one or more different styles of grilled food.

Yakiniku literally means “grilled meat” but actually it could be also grilled veggies or fish, or all of the above. Originally Yakiniku is the Japanese version of Korean barbeque restaurants, and while that might sound exotic to some, what yakiniku boils down to is grilled food seasoned to taste. You get to choose what food you want, what cuts you want, and what seasoning you want to use.

If you prefer to add just salt, and/or pepper, you can, and if you are curious about other seasonings, you will have plenty to choose among.

Depending on the quality of the food you order prices will change, but by and large, the cost won’t be too high, especially considering that many yakiniku restaurants offer an “all-you-can-eat” (tabehoudai) option, allowing customers to order as many dishes as they want to, within (usually) a 2-hour time, for a fixed price.

3. Yakitori: A quick and tasty dish for those who like a lot of choices in one dish 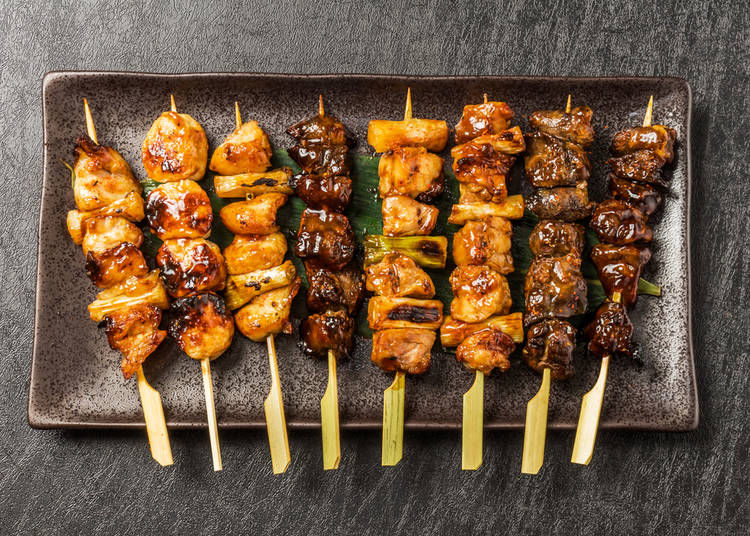 This is also another kind of grilled food, and like yakitori it has a slightly misleading name. Yakitori stands literally for “grilled chicken”, but in reality, these are skewers of all kinds of meat, veggies, fish, and shells. One thing that groups them all up is that they are grilled.

When you go to a yakitori restaurant or to almost any traditional Japanese restaurant (Izakaya), you’ll likely find a number of yakitori options. Some may be quite curious (ranging from heart to liver and other organ meats – to crispy chicken skin and tail), while other choices will be quite familiar sounding.

In fact, most kinds of yakitori are skewers with cuts of chicken breast or thigh, or beef flank, steak, and more. The seasoning once again varies depending on your order, and on your personal choices, so that you can be on familiar ground or explore more unique (to you) flavors.

4. Eel: When you just want a bite of savory ‘cooked sushi’ 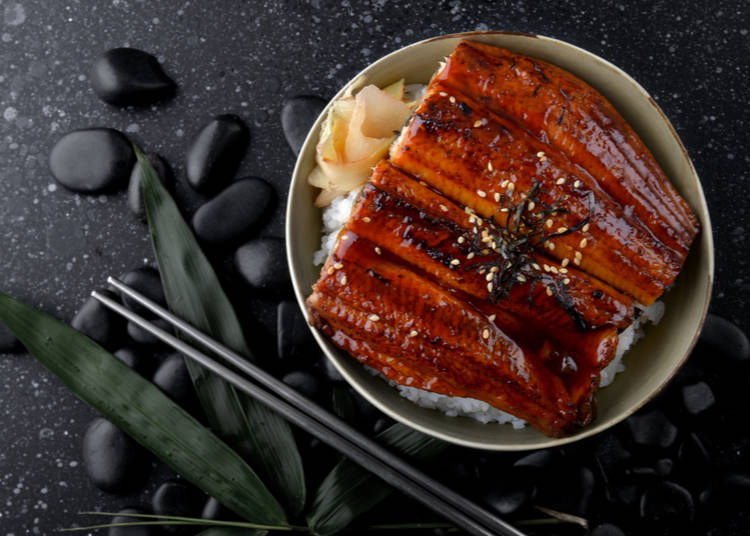 Japan is probably the king of eel preparation, but Italians are not new to this dish. Eel is prepared in many different ways in the Mediterranean peninsula and it’s even a staple dish during Christmas and New Years time.

If you like eel, then you’ll be pleasantly surprised by how many delicious choices you’ll have here in Japan. But once again, if you want to stay on familiar grounds, then try a simple, yet fantastic eel over rice dish, where the fish is prepared grilled, or steamed and laid over rice. This typically takes the form of the "unagi-don" or eel bowl. The eel can be glazed or seasoned with a number of spices and sauces, making the experience always tasty, and never boring. 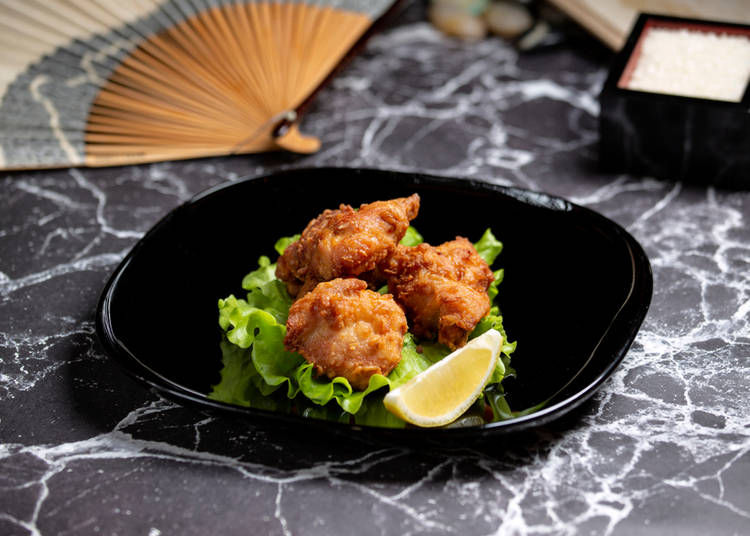 Who doesn’t like some nicely fried chicken? Japan has developed its own way of preparing fried chicken, and you’ll find karaage almost anywhere you go.

What makes things even better is that while the word ‘karaage’ technically refers to fried chicken, you can find different kind of food stuffs fried in a similar way. That includes squid. The Italian food lovers among you will surely know of “calamari fritti” (fried calamari – Italian style fried squid). A similar dish is also octopus karaage.

Karaage in general is crunchy and flavorful and there are different kinds of batter that are used. It can have a soy cause seasoning, or pepper, or lemon, or even cheese. Karaage is one of the most common Japanese dishes but it’s also familiar in flavor and presentation to Italian fried food. You’ll love it.

6. Tempura: For those who want an exotic dish, but a familiar flavor 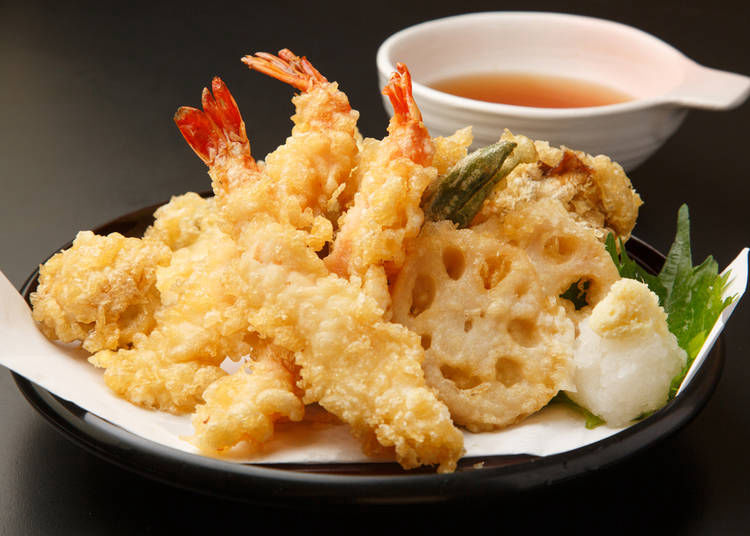 When it comes to Japanese food very few dishes are as traditional, tasty, and non-adventurous as tempura.

Tempura is often shrimp, fish, vegetables, or chicken dipped in a special batter, fried, and served with a variety of sauces (or simply salt). The combination of the preparation of the batter and the frying style makes for a crunchy and light texture that is also very flavorful.

While it’s true that tempura does not remind of Italian cuisine, it’s one of those dishes that is very easy to fall in love with regardless of one’s preferred flavors. You will easily find tempura in izakaya restaurants, or in tempura-specialized venues.

7. Nikuman: A bit of West and a bit of east in one bite 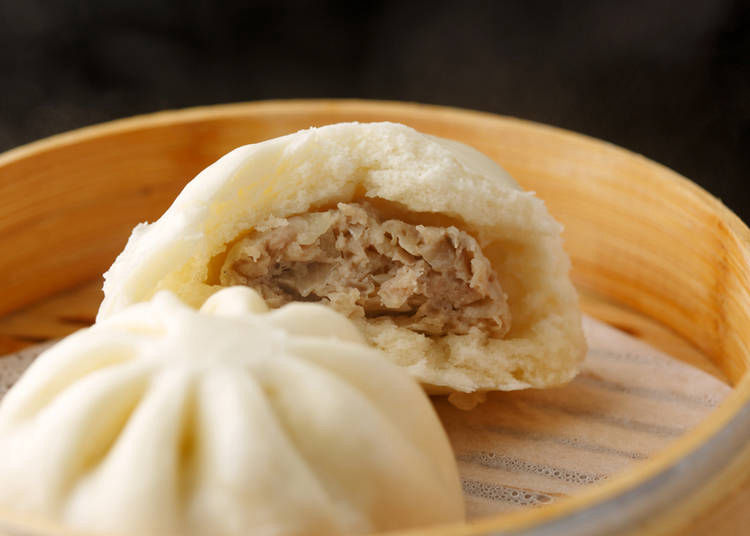 This particular kind of soul food has its origin in China. It’s a snack that can easily be found in convenience stores (conbini) and supermarkets and it’s a steamed bread dumpling filled with pork or beef meat.

The Italians among you may associate it to a sandwich or to our ravioli. While it may look somehow similar it’s very different, but it’s rich and filled with familiar flavors, and even the least adventurous among you will likely find it delicious.

Just pay attention when you bite down. It’s got a scorching hot core!

8. Gyoza: For those looking for a quick flavor-packing snack 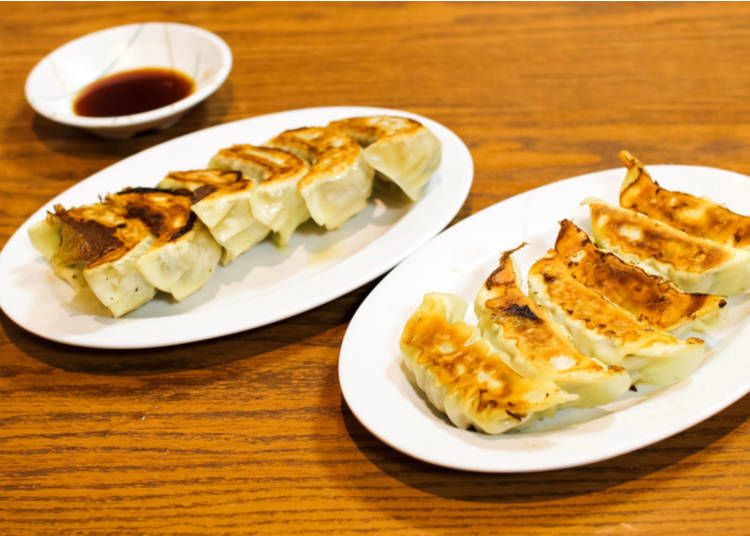 When people say “Italian dumplings” they are talking about ravioli, and when they say “Japanese dumplings” they mean gyoza. This extremely popular and accessible dish is a dumpling originated in China (but since very much modified into a Japanese staple) made with a lightly or deep-fried dough and a meat (usually pork) and spices filling.

You can then season gyoza with a variety of sauces. Now, if you’re expecting anything similar to an Italian dumpling, you’ll probably be disappointed, but like the other items on this list, not only are gyoza as Japanese as apple pie is American, but they are also tasty, and an easy new food if you’re not a risk taker.

Regardless of how delicious food in other countries can be (and Japan is rightfully famous for many of its specialties), sometimes it can be hard to try flavors that we are not used to or that are excessively different from our national cuisine. Fortunately, while many people think that Japan is a land of almost only fish and dishes that are too exotic, you will find that there are in fact many foods (not including the amazing desserts) that are as traditional as they are familiar.