Just about everyone knows that the birthplace of pizza is Italy. However, where can you find the most unique pizzas in the world? For many people, the answer is Japan! It may come as a surprise, but Japan is home to some of the most interesting pizzas you can find. Pizza shops in the country regularly feature what outsiders would probably consider to be some very unusual toppings. Like many other western food imports, Japan certainly puts its own unique spin on pizza, creating pies that are curiously delicious!

How did pizza come to Japan? 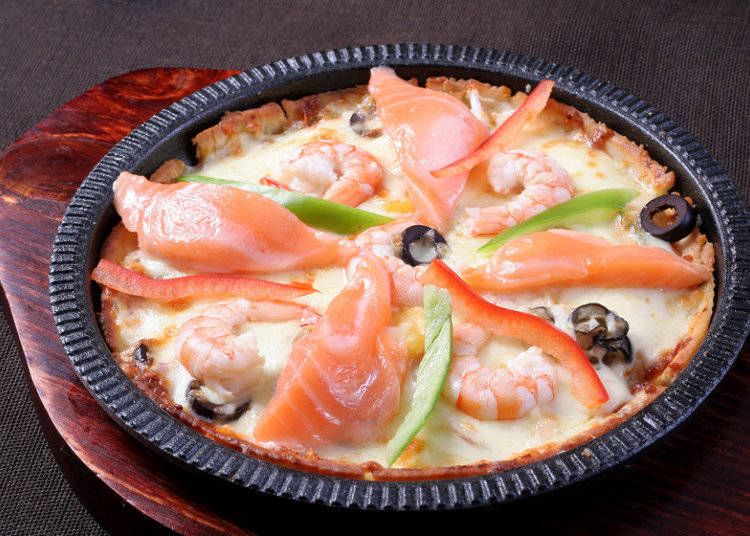 These days, pizza can be found almost anywhere in Japan: in restaurants, via delivery, or even in supermarkets. This wasn’t always the case. It is said that pizza first graced Japan’s shores thanks to two crew members of an Italian navy ship who arrived in Kobe during the Second World War.

But it is said that the title “Japan’s First Pizzeria” belongs to a restaurant by the name of “Nicola’s.” This pizza parlour was opened in Tokyo’s Roppongi, by Italian-American Nick Zapetti in 1954. A decade later, Japan began importing frozen pizza from America to be sold in supermarkets. By the 1970s, pizza could be found in cafes, family restaurants, and Western-style restaurants in locations all over the country. 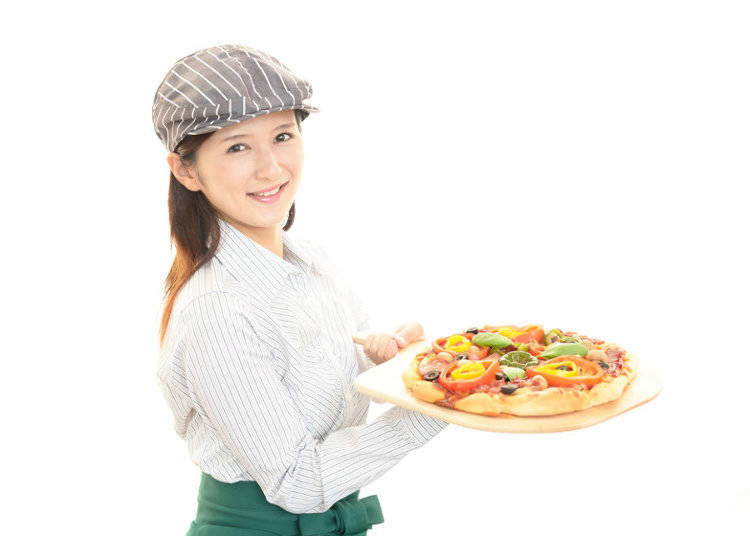 In 1985, Japan’s first home delivery pizza was established in Tokyo’s Ebisu neighborhood. The concept, which first began in America back in the 1960s, was a hit in Tokyo. Soon the practice of having "fresh out of the oven" pizza delivered right to one’s door became a nationwide phenomenon. With the dawn of the millennium, pizza delivery chains began offering online ordering services, streamlining the delivery process even more.

These days, Japan’s pizza delivery business is more popular than ever, with several chains that operate all over the country, offering extensive menus that include not only a variety of pizzas, but sides, and desserts as well. Pizza chains have made their websites even more attractive, allowing customers to create their own online profile. The advent of the smartphone, which is often used for both ordering, as well as an easy means of using coupons, has made getting piping hot pizza a snap.

Fall Down the Rabbit-hole to a Wonderland of Pizza Flavors 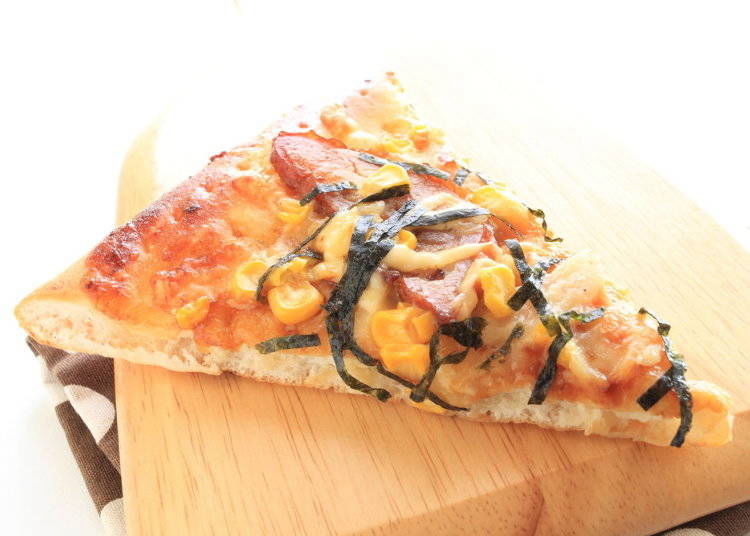 While pizza has become commonplace across the world, what makes Japan’s pizza special are the incredible number of unusual toppings. Many of the pizzas in Japan have been crafted to cater to Japanese tastes. Japan is known for its robust variety of seafood cuisine, and this seafood culture has also influenced the way pizza is made in the country. However, by no means is the pizza limited strictly to Japanese flavors; many have taken inspiration from various world cuisine to make some unexpectedly tasty flavor fusions. 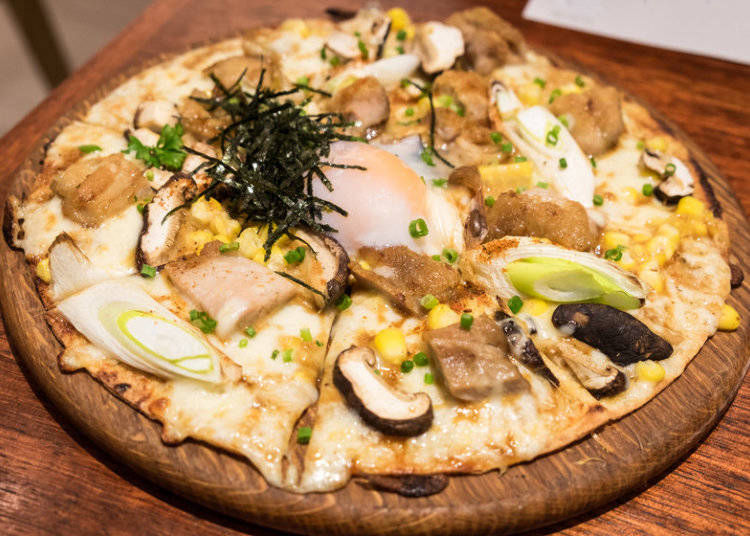 While chicken has become a popular topping in many countries, you’re not likely to find this particular kind outside of Japan. Meat grilled with sweetened soy sauce, along with mayonnaise, corn, and shredded nori seaweed makes for a distinctly Japanese flavor. 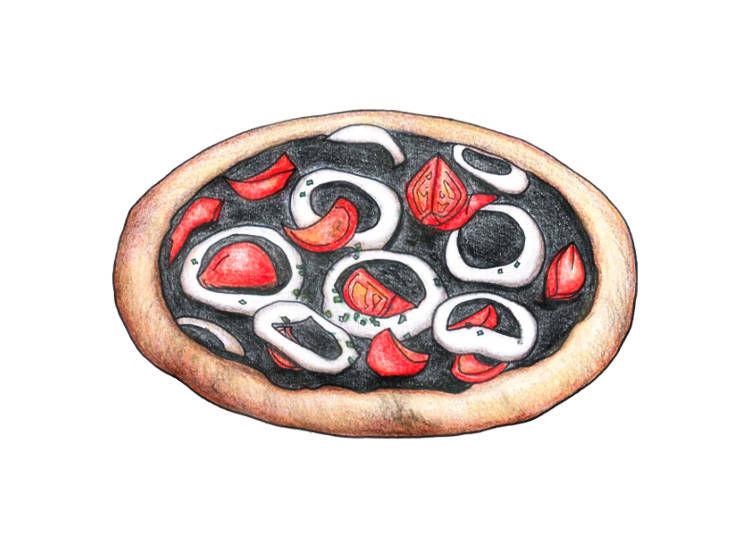 Don’t be alarmed if you see a someone biting into a black pizza in Japan–it’s not burnt, it’s just a squid ink pizza! Pitch black squid ink, combined with tomato sauce, and topped with squid itself, is an interesting treat for the eyes as well as the taste buds. Squid ink is used quite often in Japanese cooking, as well as in pizza’s birthplace of Italy, so the combination of the two is less foreign than you may initially think. 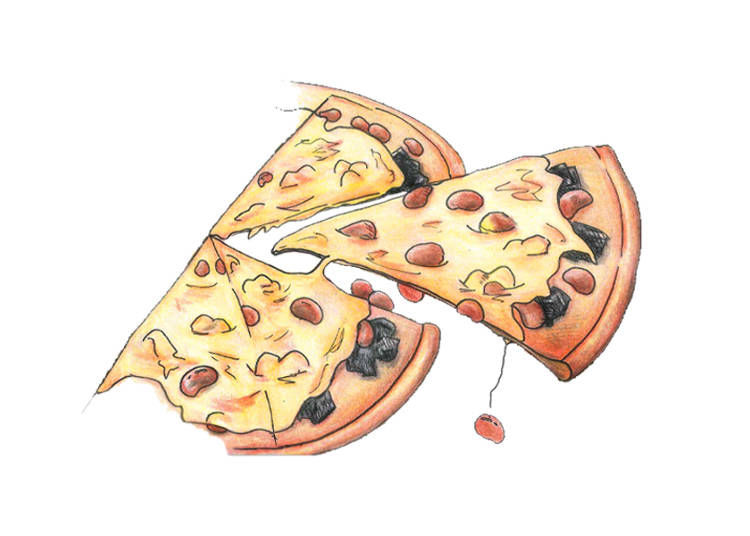 If you’ve never imagined a pizza topped with fermented soybeans, you’re far from alone. Natto is one of Japan’s most ‘love it or hate it’ foods. While it enjoys its status as one of Japan’s healthiest traditional foods, its distinctive smell makes it one that many non-Japanese try to avoid. However, if you’d like to give it a taste, you may as well try it along with a soft crust, melted cheese, and some nori and bacon.

[Movie] Love It or Hate It: How to Eat Japan's Infamous 'Natto'! 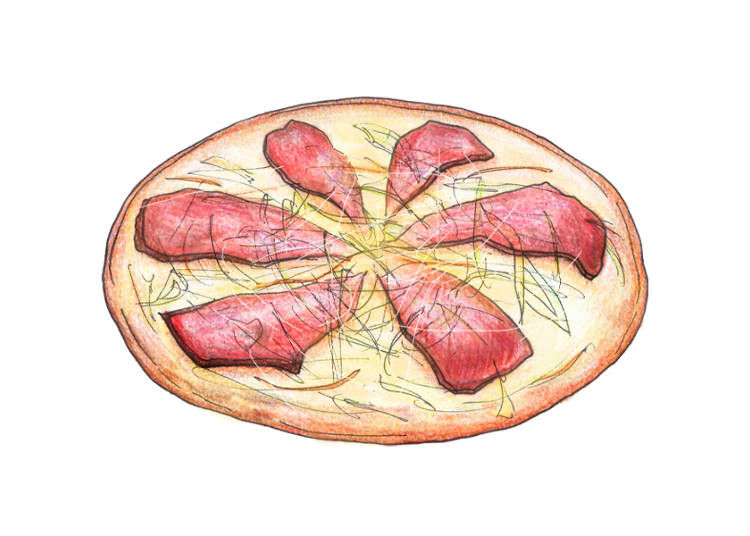 If you’ve eaten authentic Japanese ramen, and wished you could eat a whole dish featuring the barbeque pork slices it is often topped with, this is the pizza you must try! Based on Chinese char siu, chashu is an ingredient featured frequently in Japanese-style Chinese cuisine. However, it sometimes makes an appearance on Japanese pizza, for an Asian-Italian fusion you won’t soon forget. Miso sauce and leeks complement the juicy pork slices on tomato sauce, creating a truly unique flavor combination. 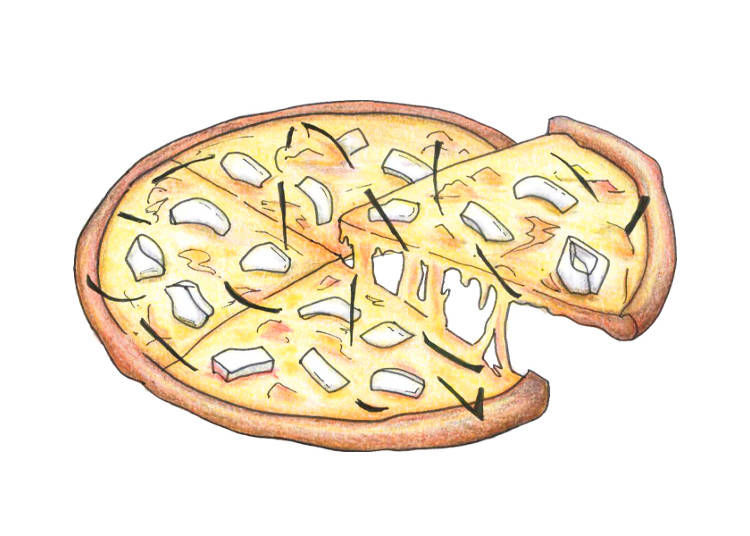 Cod roe, known in Japan as mentaiko, makes appearances in a variety of cuisine, eaten as a standalone dish, or in sushi or pasta. However, the most interesting use of these tiny eggs perhaps belongs to mentaiko pizza. This pizza has made appearances with various toppings, such as potatoes, nori, corn, mayo, and squid. Yet another seafood delight!

Try One of These Delicious Curiosities! 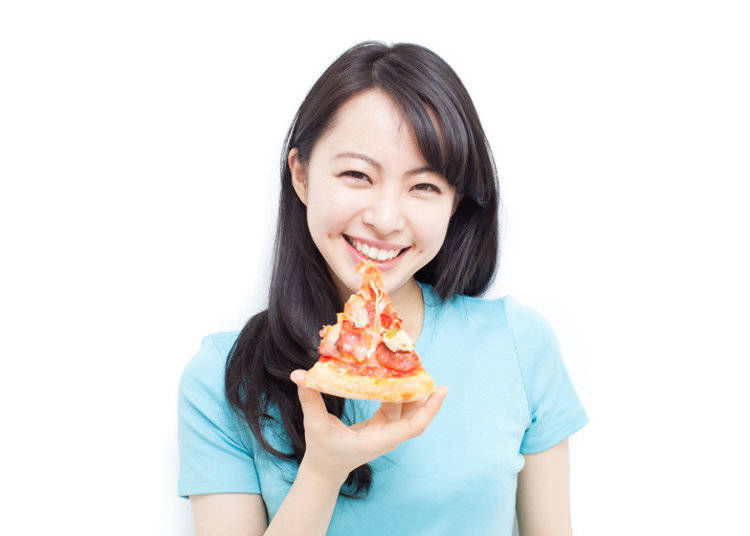 While pizza is certainly not the first food that comes to mind when Japanese cuisine is mentioned, it is nonetheless worth a bite for anyone visiting Japan. With a new varieties rolling out regularly, Japan’s pizza menu is constantly expanding, with unique toppings and tastes. Try one on your next visit and you just may discover a new favorite!

Speakin' Japanese: Please give me a pizza