Futenma, OKINAWA, Japan – USO Futenma rolled into 2020 with a brand-new event: The Sushi Roll Social! The USO center, which recently celebrated a Grand Re-Opening one month prior, hosted their first cultural program of the year on Tuesday, Feb. 25. Designed to educate and immerse patrons in experiencing Japanese culture on base, the classes teach patrons everything from the origin of the dish and shopping for ingredients, to cooking and eating their own creations.

“We like to attend the cooking classes offered by USO Futenma because it allows us to learn how to prepare the delicious Japanese food we eat every day from people who are experienced in making it,” Erwin Lewis, fourth time attendee of USO Futenma’s cultural classes said. “The hands-on aspect of the classes is a fantastic way to learn about all the cooking techniques used, the ingredients, and where to get them. It also gives us the chance to meet new people who are equally as interested in Japanese culture.”

The cultural events are hosted on a monthly or semi-monthly basis by USO Futenma staff and volunteers.  Previous classes executed by the USO center include the Japanese Gyoza Making Party, Tempura Temptation with Nobu from Nobu’s Curry, Somen Noodle Workshop, and the Osaka Food Festival; the Ultimate Okonomiyaki and Takoyaki Class.

“I created this program to bring Japanese culture to our military members and families in a comfortable space, with an easily digestible format,” Kayla Stamey, USO Futenma Field Programs Manager said. “The classes are meant to be an introduction to the genre of food, or area associated with the food, so there is less guess work when it comes to cooking in Japan. As a Japanese American and military brat who grew up in Japan and the United States too, it’s exciting to meet those who are interested in Japanese culture. I hope to give military members the confidence to try more or do more with their time in Japan.”

Since the introduction of the cultural programming in June of 2019, the center has seen a different demographic enter the center. The cultural programming, unlike any other current event at USO Futenma, consistently brings military members, spouses, and children onto MCAS Futenma, a base with no military family housing. Previous participants have traveled upwards of 22 km from Camp Courtney to join classes at USO MCAS Futenma.

“These classes have been a great addition to our time in Okinawa and Japan,” Lewis said. “We want to get out and experience as much of Japanese culture as we can, and food is an important part of that culture. These programs put on by the USO offer us the hands-on opportunity to make and try meals that we didn’t think we could make ourselves. These classes also help make Japanese grocery stores less of a mystery since they provide us with examples of the ingredients needed for each dish.”

Next up in cultural programming for USO Futenma includes a much-requested soba class and more! Be the first to sign up on USO Futenma Facebook, Okinawa.USO.org, or call the center 636.2113. 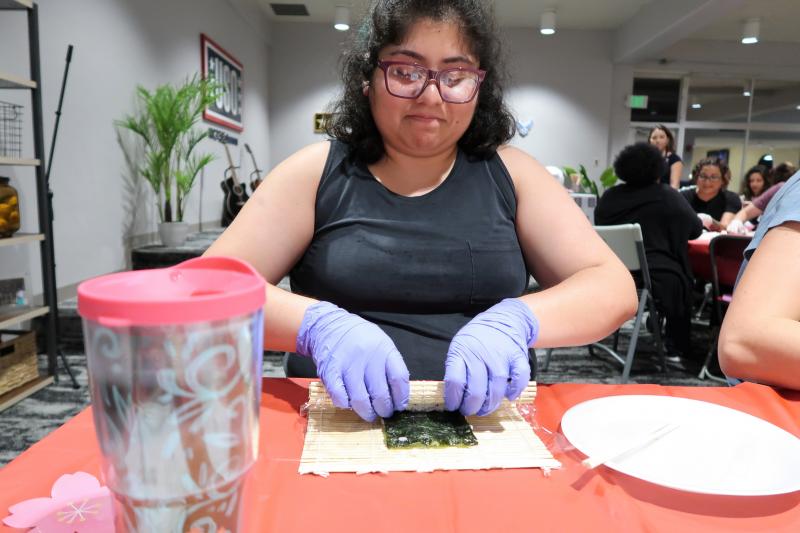 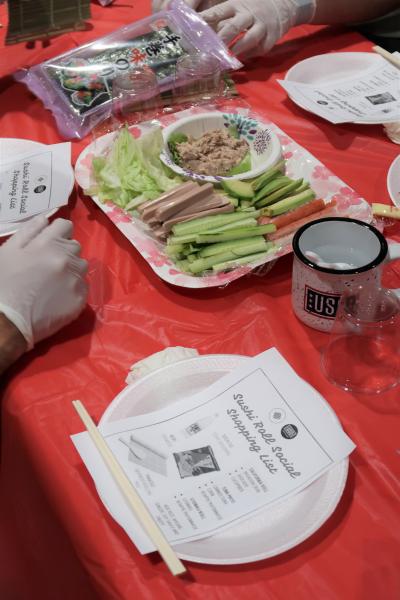 Stationed in Japan? 28 types of sushi to satisfy your taste buds