Located throughout Japan, convenience stores sell virtually everything you need in daily life.

Undoubtedly you’ve seen the many stores, or maybe used one to pay your bills, receive an Amazon shipment or withdraw cash at an ATM. 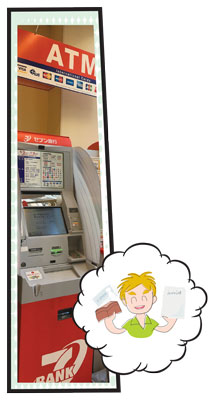 Convenience stores can be the equivalent of a public bathroom for town strollers, as the shops are found just about anywhere you go.

Today, these stores are widely considered an indispensable part of the social infrastructure. When a major earthquake hit eastern Japan 11 years ago, I will never forget their role in the days following the disaster. With most businesses closed, the only places I saw open were convenience stores, which kept providing foods and daily supplies for locals.

There are over 50,000 convenience stores in Japan, forming a 10 trillion yen ($88 billion) market, according to the Nihon Keizai Shinbun.

With a wide range of services offered, foods are at the core of the stores. In fact, 62 percent of convenience store products are made up of fast or processed foods, such as precooked box lunches, sandwiches, various instant foods, dairy products and sweets. Some shops sell local fresh vegetables and fruits in season, as well.

Needless to say, convenience stores are exactly that – convenient for when you need something quickly and at all hours. Stores are usually open from 7 a.m. to 11 p.m., with some open around the clock. I have often been asked by my wife to pick up milk, bread or sweets well after the supermarkets have closed (usually 7 or 8 p.m.)

“I often use convenience stores for various instant foods and precooked dishes,” says Yuko Endo, a part-timer and mother of three children. “In a store, you will see various food items that can be used for kids’ box lunch, and I see a lot of other working mothers shopping in the store at night after the supermarkets have closed, just like me.” 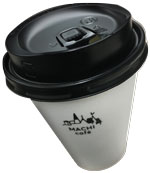 I’ll often stop at one to get a refill on my drink, as most are stocked with beer and wine. The beer is a nice accompaniment as I stay for a while, scanning the latest magazines.

Fortunately, the quality of convenience store foods have significantly improved, according to Kohei Suzuki, a Tokyo salaryman who uses the stores every day.

“As convenience stores compete in developing their original foods to attract the customers, I feel the quality of foods keeps going upward,” Suzuki said. “Frankly, I feel sandwiches, fried chicken and donuts in convenience stores are much tastier than the ones of McDonald, KFC and Mister Donut. I think convenience store foods may drive out these fast foods shops in near future.” 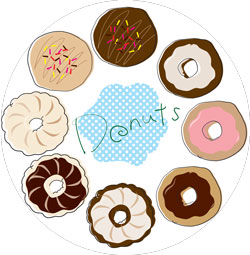 According to Suzuki, Famichiki (fried chicken at Family Mart) and donuts at Circle K Sunkus are delicious and worth sampling, and frozen ramen noodles, retort curries and hamburgers at 7-Eleven are superb and very popular.

Along with these popular staples, freshly brewed 100-yen coffee and oden (Japanese hotpot with assorted ingredients like tofu, fish cake and radish) are also hot items at the stores.

A total of 600 million cups of the coffee are sold at all convenience stores from northern main island of Hokkaido up to the southernmost island of Okinawa every year (on average, 120 cups at each shop daily), according to the Torey Laboratory of Business. I can’t help but drop by one for a cup of coffee on the way to work almost every day. 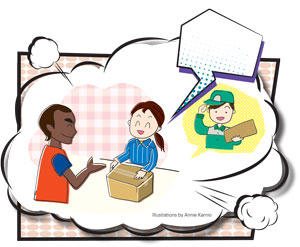 The price of convenience store foods can also be friendly on your budget.

“Eating foods from convenience stores rather than eating at restaurants actually greatly helps keep my meal expenses low,” says Jun Oikawa, a Tokyo restaurant staffer. “As I am living by myself, I often buy a boxed lunch, instant noodles, onigiri (rice ball) or sandwiches and a bottle of tea at a convenience store for around 400 yen ($3) two or three times a week, and that can save me a lot of money.”

“Most tasty frozen ramen noodles are available for around 100 yen,” Suzuki added. “So, if you pick up one and combine it with other foods in the store, you can have a tasty meal for 500 yen.”

More and more stores have installed eat-in sections, leading Suzuki to enjoy weekend lunches with his family at the convenience store. 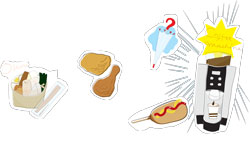 As if they weren’t convenient enough, the Mini Stop chain has incorporated a bar corner, where customers can enjoy a variety of alcoholic beverages.

The new drinker-friendly stores boast a wide selection of beers, wines and other spirits on top of its standard items. Shop staffers will serve you a frozen glass for that can of beer, or warm up sake if you ask. There are four stores within Tokyo, according to the Mini Stop webpage.

Make your own Japanese nourishing nabe at home!

Sasebo Burger: Biting into history of the hamburger in Japan