FAYETTEVILLE, N.C. — One military military family near Fort Bragg says they are facing difficult challenges caring for a child with autism due to policy changes in Tricare, a program operated by the Defense Health Agency.

What You Need To Know

One of those parents is James Martin, whose daughter Mia Martin is on the Autism Spectrum. “It is greatly concerning,” Martin said.

Martin said his daughter Mia has used Applied Behavior Analysis Therapy — also known as ABA. It’s a treatment that helps people with autism learn skills that help them function to their maximum ability. He said ABA has helped Mia, but her ability to receive this treatment is now in jeopardy because of deep cuts to their Humana military insurance coverage.

“By the time you find the school services you so desperately need for your daughter, it’s like they say, ‘OK let's go ahead and tailor this. We are going to pull this one back,’” he said. 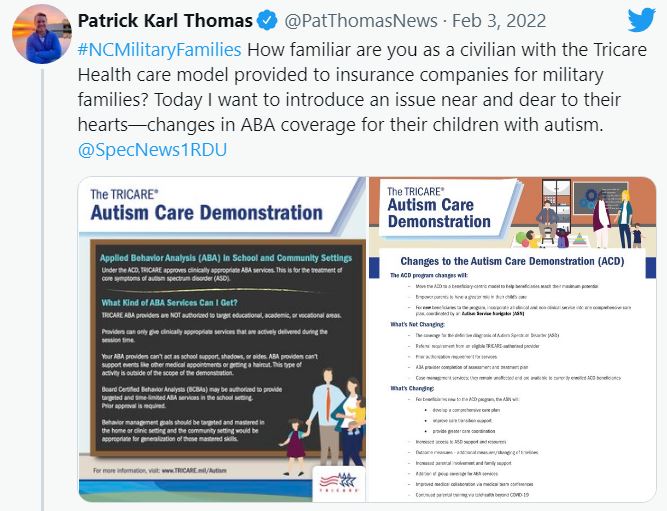 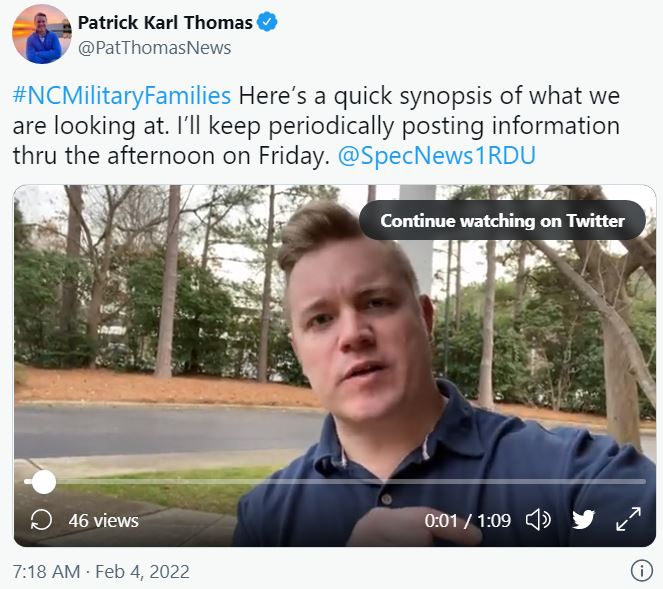 Martin is referring to changes to ABA services by the DHA noted in the TRICARE Comprehensive Autism Care Demonstration (ACD). The DHA is an element of the greater Military Health System (known as MHS) which is part of the Department of Defense.

The updated, imposed limits are well-documented in an annual report to the Committees on Armed Services of the Senate and House of Representatives.

The Martins' coverage through Humana is based on the Tricare model. In March of 2021, the DHA sent out a letter to military families that imposed cutbacks to the benefits offered to children with ASD effective May 1, 2021.

Parents said the changes restrict where children received ABA services outside of a home or clinics - real-world settings such as schools, a doctor’s office, or a hair salon.

“It’s incredibly frustrating, and I know we need to budget. I know that the government needs to save money, but going after services for special needs children is just like a new low,” Martin said.

According to wording on autismspeaks.org, ABA is “considered an evidence-based best practice treatment by the U.S. Surgeon General and by the American Psychological Association.”

Experts who are familiar with the therapy said that when ABA is used correctly, it helps a child adapt their behavior appropriately to various environments over time.

Mia is a nonverbal child with ASD. She needs love and supervision, every minute of every day.

Martin said he served almost 18 years in the Army and now lives with his family in Fayetteville. Being a full-time dad is his job.

Since Mia requires in-person help for her classwork, she cannot physically attend First Impressions Academy. Instead, Martin said she must use a New Leaf Therapeutics Services, a clinic, as her classroom.

In a statement, a DHA spokesperson said:

“Regarding the removal of BTs in the school setting, although this is a new requirement that went into effect May 1, 2021, it was never the intent to reimburse for non-clinical or educational ABA services.”

In the past, Martin said the ABA therapist worked side-by-side with the teacher.

To pay for the cost of ABA services, the Martin family qualified for a second insurance plan outside of Tricare. Still, he says a lot of therapy is still out of pocket.