Another round hits. She stands by for the forward observer to scowl the enemy lines, find any directive discrepancies and call over the radio with the newly corrected data. The radio operator then repeats the corrective target points to the fire direction center.

Within milliseconds of hearing the call, her head shoots down towards the M16 plotting board. Her hand is fast at work plotting the data, using a protractor and pencil. She has the new points ready and yells it out to the FDC chief who then communicates it to the gun line.

She hears the commands called and the impact of the mortar. She waits eagerly for the next set of data to plot; for the next rush of adrenaline to flow through her veins. 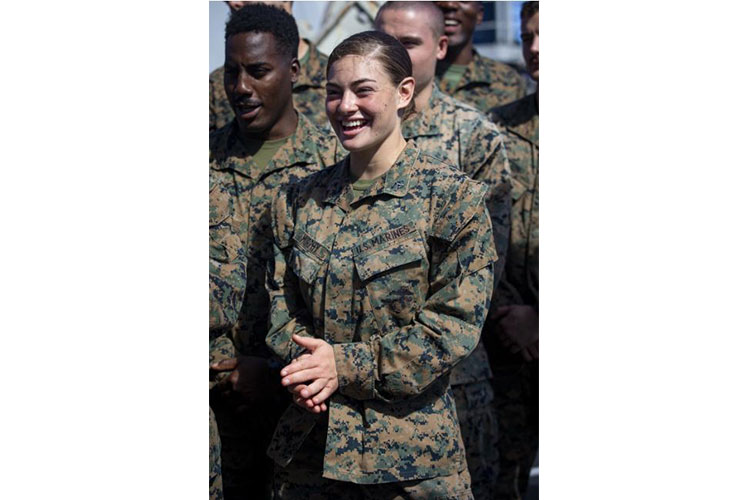 Murphy, the first female mortarman in Battalion Landing Team 3/5, is just one of the now numerous women who have enlisted and joined the infantry community, actively redefining the Marine we have become accustomed to in our infantry ranks.

“I think my drive comes from wanting to prove to myself that I could do it,” said Lance Cpl. Claudia Murphy a native from St. Albans, Vermont. “I want to be real, open and honest because it is tough, but anyone can do it, despite what others may think. We’re just Marines in the infantry.”

In 1918, Opha May Johnson was the first woman to serve in the Marine Corps. Now, more than one hundred years later, women continue to follow in her footsteps, and solidifying their place in Marine Corps history. What a revolutionary time to paint a picture of the resilience and fortitude female Marines have held close since the day she raised her hand and spoke the oath of enlistment.

What comes to mind when someone says U.S. Marine Infantryman? Perhaps the thought of, ‘those guys are strong and resilient’ or ‘that’s a man who’s willing to endure the difficult path.’ What if instead someone said a U.S. Marine Infantrywoman. Yes, read it over once more. It’s new and almost unfamiliar, but it’s also exhilarating and powerful.

Murphy enlisted into the Marine Corps with an open contract. However, after talking with her drill instructor at recruit training she discovered her desire to be an infantry Marine. With her sights now set on Marine infantry, she was determined to persist and make her goal a reality.

Over the last decade, U.S. and Marine Corps officials have made historic strides in creating a more integrated military service. Between 2013 and 2016, the military removed the ban on women serving in combat Military Occupational Specialties in a phased approach allowing women into all combat related job fields.

“As more women join the infantry, it’s becoming more normalized,” said Murphy. “Especially with some units, they aren’t exposed to it yet; it’s still very new and different. There’s a cultural norm and its actively changing. They say we’re breaking barriers, but at the end of the day we’re just trying to do what everyone else is doing. I am just trying to do my job.”

And that’s exactly what Murphy does. As mortarmen with the FDC, they are directly responsible for plotting new data points which is then communicated to the gun line. It is a high tempo, fast paced job that holds a great deal of dependance for where the mortars are fired. She explains that without the FDC it is like shooting blind or having a rifle with no ammunition; each task cannot be accurately completed without the other.

With the Marine Corps’ initiative to integrate men and women into every MOS, Marines like Murphy will continue the road of exploration in an environment comprised of 99 percent males. 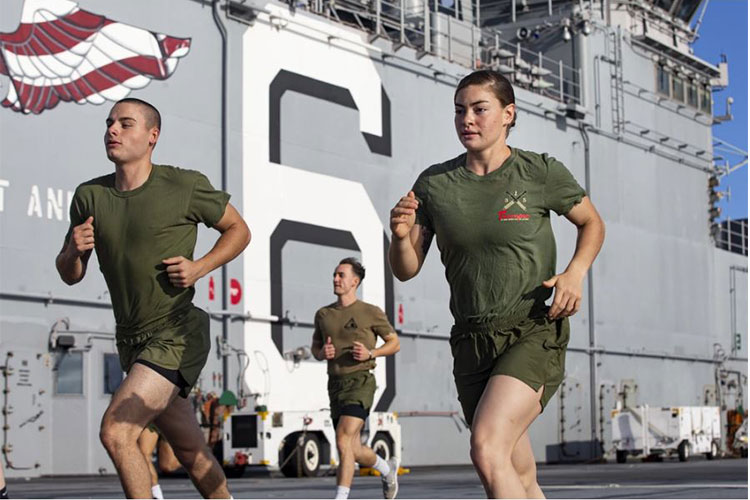 “Acceptance goes both ways,” she said. “There’s some aspects of this changing culture that others have to adjust to, but we have to meet them halfway and do the same; the effort is 50/50. We’re just trying to coexist with one another, and if we continue to try then we can learn and do just that.”

Murphy explains that since being a little girl she’s always strived to achieve what was challenging and tough. It was not about proving anything to others, it was for herself. She continued that when she joined, she just wanted to be a Marine and live out the very foundation of challenge the Marine Corps holds itself to.

“It’s self-rewarding,” said Murphy. “At the end of the day I know I did it, and I am glad that I did this. I wouldn’t change my decision, and I would do it again. I would make the same decision as I did the day I decided to join the infantry. I wouldn’t be who I am today without it.”

No matter what, the hardest part will be the emotional and mental hardening a person goes through. The key is to find the thing that gets them through it. Hers was doing what she’s always done and that’s choosing the tough road less traveled and proving anyone can do it against the odds.

“I’ll always empower women to do it- if you want to do it, do it,” said Murphy. “I won’t say you should or shouldn’t. From my experience though, you need to be physically, mentally and more than anything, emotionally strong especially at the beginning. The infantry is just different.”

Murphy is currently attached to Battalion Landing Team 3/5, with the 31st MEU, aboard amphibious assault ship USS America (LHA 6). The 31st Marine Expeditionary Unit is operating aboard ships of the America Expeditionary Strike Group in the 7th fleet area of operations to enhance interoperability with allies and partners and serve as a ready response force to defend peace and stability in the Indo-Pacific region.