As the senior enlisted advisor, Crudup is the focal point for communication between Exchange leadership and the service members, their families and retirees.

“I’m excited to start this journey with the Exchange and exude Pacific Pride,” Crudup said. “I want to help the team meet all the needs of the Soldiers, Airmen, Sailors and Marines here in the Pacific.

Crudup, a native of Bunn, N.C., has served in the Army for more than 22 years with multiple deployments, including two to Iraq and to Qatar. He started his military career as an automated logistical specialist at 17 and remembers turning 18 while earning his sharpshooter badge at the marksmanship range.

“I joined the Army because I wasn’t ready to go to college but knew I needed to do something to get me started in life,” Crudup said. “It was the single best decision I ever made.”

During his tours away from the United States, Crudup appreciated that the Exchange was always there to make life a little easier and give him and his Soldiers a taste of home.

“The Exchange was my lifeline to all the necessities I needed to keep up with my normal routines in my life as if I were back in the U.S,” Crudup said.
His most recent assignment was at Fort Hood, Texas with III Corps as its Supply and Services sergeant major. He managed and oversaw all supply operations that comprised more than 45,000 Soldiers on four Army bases.

During his time on Okinawa, Crudup would like to continue his weightlifting training, learn to surf, and learn the Japanese language and culture.
Crudup replaced Sgt. Maj. Jermaine Thomas who retired in May of 2020 after 23 years of military service. 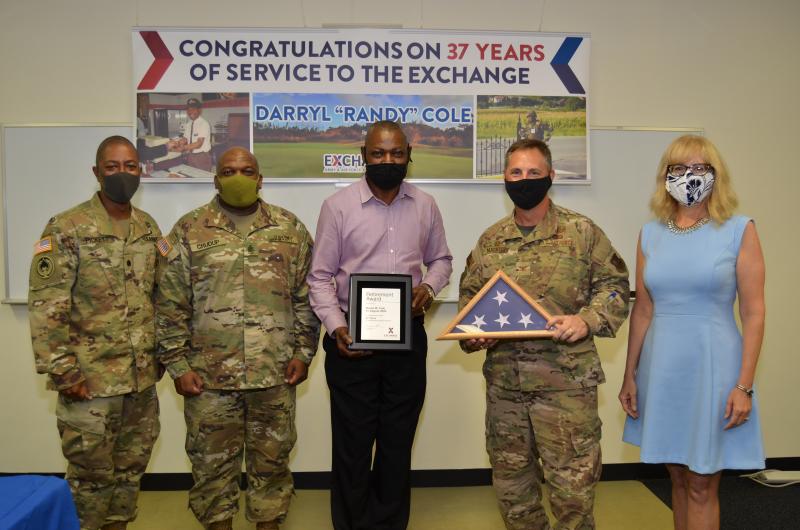 ‘I will be a customer for Life:” Maskery honored for decades of service to Air Force, Nation