Naturally, different countries have different cultures! One of the things related to culture is the “toilet situation.” You may ask, “Isn’t a restroom always the same in every country?” What about it?

We asked Australian men, American men, and Italian women visiting Japan, how they felt as foreigners when it came to Japanese toilets, especially those that they had never seen before coming to Japan. We also asked about the difference from their home country.
(The following reflects the opinion of the interviewees only)

I don’t know how to use a Japanese-style toilet 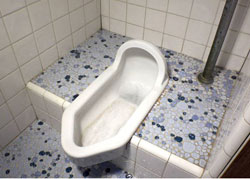 The older Japanese-style toilets are less common, and not too familiar even to Japanese people. You may think that there are almost none left in the country. However, according to a survey conducted by the Japan Tourism Agency in 2016, 10,181 units, or 42% of the 24,525 toilets in Japan's major tourist attractions are of the so called “Japanese-style.”

Surprisingly, it’s many more than one would expect! What did foreigners think when they first saw this kind of toilet?

“I have never used a Japanese-style toilet.” (American man)

“I never used Japanese-style toilets, but so far I have never had any issue with bathrooms in Japan.” (Italian woman)

It seems that many foreigners don’t know how to use a Japanese-style toilet when they first see one. If you are used only to Western toilets it may be hard to picture how to use the Japanese ones.

The Japanese toilet is also called “squat toilet” by foreigners. The reason why this name is used, it’s probably because of the position, and the stress on the thighs, when using it, making it similar to the homonymous legs exercise.

The first time I used a warm water jet toilet seat, I was so surprised I jumped! 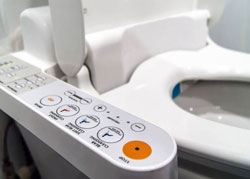 “There is no warm water toilet seat in Australia. I’ve never seen it. I wonder if it’s considered too weird…” (Australian man)

“I was surprised when I used it at first, because in Italy we have ordinary bidets and we do not have automatic hot water jet toilets like in Japan! Many Italians have a similar experience to mine when it comes to hot water toilets, and it’s a popular topic. Hot water bidet toilets have been introduced in Italy about three years ago, but they are not as popular as they are in Japan.” (Italian woman)

I think there are many things that surprise foreigners when they come to Japan. However, it seems that Japanese warm-water toilet seats are one of the most surprising things. Press the right button to wash yourself with moderately warm water. This warm water bidet toilet has conquered the hearts of many foreigners.

This may be hard to understand for Japanese people, since in Japan people are used to this kind of toilets not only at home, but also in public toilets.

However, these seats are rarely used overseas, and many foreigners don’t know, or have never used hot water jet toilets. Many foreigners have tried these seats for the first time when they came to Japan, and it seems they were surprised by how wonderful they are.

There are accounts of foreigners who initially were not really convinced about these toilet seats, but overtime got so used to them that they could not be without them anymore. In this interview, an Australian man told us that he had a bit of resistance at first, but once you experience it, your idea may change.

Japanese public toilets are as clean as the ones at home! 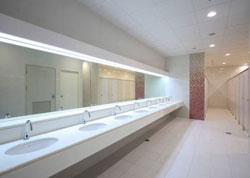 “Japanese public toilets are really nice and clean. They are not like the Australian ones!” (Australian man)

“Japanese public toilets are cleaner than the ones in America! However, the ones in crowded stations like Shinjuku or Shibuya are an exception.

“Japanese public toilets are very clean and I love them! Some toilets have a nice smell, which is really wonderful. If I had only one complain, it would be that soap sometimes is nowhere to be found. I don’t like not washing my hands properly after using the bathroom.” (Italian woman)

One of the things that surprises foreigners, is the cleanliness of Japanese public bathrooms. The reason why toilets are so clean may be because we have been used to “cleaning toilets” since childhood. In schools abroad, unlike Japan, children rarely clean the school and the bathrooms, as the cleaning is assigned to cleaning companies.

In the Japanese customer-service industry, toilets are thoroughly cleaned. This is because many managers think that the cleanliness of the restrooms reflects the service and attention the business has for the customers. For this reason, toilet-cleaning happens several times a day, and the bathrooms are always kept clean.

This Japanese way of thinking is probably what leads to Japanese public restroom being clean.

Are there pay-to-use toilets? What are they like elsewhere? 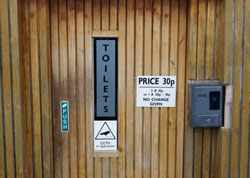 “In Australia there are ‘eco toilets” in national parks. An eco-toilet is an eco-friendly toilet with a recycling function that readapts waste into the soil.” (Australian man)

“In America how the toilet is made is standard, and there are few, unique toilets.” (American man)

“In Italy, most station bathrooms charge 70 cents to 1 Euro to use. Public toilets in famous tourist destinations like Rome and Venice are also pay-to-use. When you use the bathroom in a café or a bar, you need to buy something. In Italy, the cheapest item you can get in a café is an ‘espresso’, so if you want to use the bathroom, make sure you buy coffee and then use it.” (Italian woman)

Pay-to-use toilets, are bathrooms that require you to pay to use them. This is not for the toilet itself, but it’s for toilet paper, soap, water, and drier. Free-to-use toilets are common in Japan, but there are more pay-to-use toilets overseas. There are also places where you are expected to tip after using the bathroom, even though the bathroom itself may be free-to-use.

One of the reasons why there are so many pay-to-use toilets overseas, is to maintain public services. In addition, it helps prevent crimes from being committed behind the closed doors of the toilets, which will open only upon paying.

The latest Japanese toilets boast a good reputation among foreigners, so I would like to welcome foreign visitors to enjoy our hospitality.

VIDEO| Speakin' Japanese: The sea breeze is so refreshing!