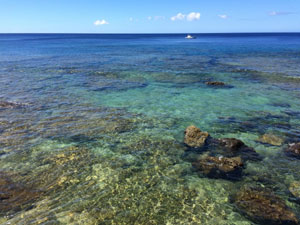 Off Okinawa’s main island, lies a smaller isle perfect for refreshing hikes and views, as well as a lot of history. You’ll find Ie Island just nine kilometers west of Motobu Peninsula, which translates to about a 30-minute ferry ride from the port. You can hop on this ferry four times a day, making it a great place for a daytrip or, if you don’t want your vacation to end so quickly, there is plenty of lodging available on Ie.

One of the most noticeable landmarks on Ie is Gusukuyama, a 172-meter-high mountain considered the symbol of the island. Affectionately called “Iejima-Tacchu,” which translates to “a pointed figure of Iejima,” this spot is thought to have been created by stacked bedrocks which would make it 70 million years older than the island itself. A 15-minute hike will get you to the top where you can enjoy a 360-degree view of this location’s beautiful surroundings. 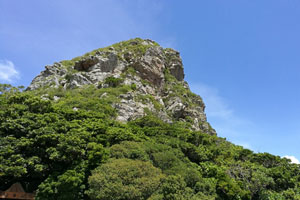 For another great view, check out Wajee on the island’s northern coast. Wajee sits high on the cliffs and from it you will get a view that changes with the tides and weather. It’s a natural spectacle you can’t miss!

Another interesting feature of Wajee is that it’s a source of water for the locals. In the past, islanders had to come down the rocky cliffs to collect water. After the Battle of Okinawa in 1945, the U.S. military installed water pipes, which relieved the island of its water shortage.

From the northern coast’s rocky cliffs, we move to the south where you’ll find some of Ie’s beautiful sandy shores. Ie Beach, only three kilometers away from Ie Port, is a popular hangout for a day of swimming and relaxing. Parking, bathrooms and showers are available nearby. 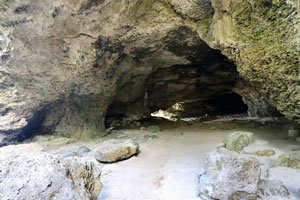 GI Beach is another spot on the southern coast. Its unique name comes from the fact that it used to be exclusively used by officers of the U.S. military after the Battle of Okinawa. Swimming is not allowed there nowadays, but the beautiful ocean view is worth a visit.

While Ie Island now draws many tourists for recreation and relaxation, there are still many traces of its storied past. The island was part of the Battle of Okinawa where, in 1945, American and Japanese troops fought for over six days, leaving 3,500 dead.

Koueki-shichiya-ato is what remains of a public pawn shop near Gusukuyama. On this concrete structure’s walls, you can see a significant number of bullet holes, which were left by artillery rounds from U.S. military vessels.

The Ernie Pyle monument near GI Beach is another spot dedicated to the tragic history. This monument commemorates the Pulitzer Prize winner, and war correspondent regularly featured in Stars and Stripes, who died on Ie Island while covering the battle. 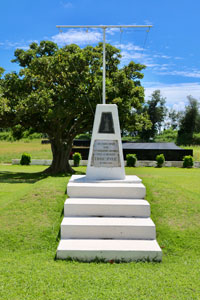 Pyle, who was often referred to as “America’s most popular war correspondent” or “dogface’s best friend,” covered what enlisted men went through rather than the big picture of battles. Every year in April, a memorial service is held at the monument to pay tribute to the acclaimed journalist.

From scenery, to history, and now, onto the food. When it comes to good eats, Ie Island boasts many signature products: peanuts, brown sugar, squid, Chinese scallion, etc. Among them, Kekkun (fried flour chips) and soba noodles made from flour are some of the well-known Ie products. Flour farming on Ie Island dates back to the times of the Ryukyu Kingdom (1429 – 1879). The fragrant smell and savory flavor of the island’s signature product are worth a try.

With a dimension of 22.75 km² and a circumference of 22.4km, Ie is the eighth largest remote island of Okinawa. Its size may not be impressive if compared with others such as Irimote or Ishigaki islands. However, this is an island packed with many features. A visit there is destined to be a wonderful experience. 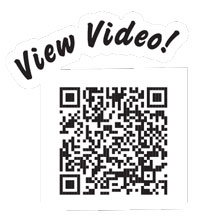