Commonly called “Tougyuu” or “Ushi oorasee”, bullfighting is a popular pastime in Okinawa.

The Yomitan Bull Fight Tournament will be held June 5 at Ishikawa multi-purpose dome, which is known as the island’s bullfighting mecca.

Unlike the bullfights of Spain and Latin America, Okinawa’s bullfights are considered less brutal since no bulls are killed at the events. Bouts are fought between two bulls with no matador. However, the collisions of the massive animals stir up no less excitement than the deadly fights in Spain.

Once you set foot in the arena, you will be engulfed in the fervor of the audience. As if to pump up the mood, bulls themselves howl as they are summoned to a bout. Some huddle on the ground to let their bodies adjust to the ring, or they kick/stroke the ground to check the surface. The animals are well aware of the fight that awaits them.

After the two bulls enter the ring, they are guided to the center. A bout starts with the beasts butting heads. Their horns are often pushed against their opponent’s neck, causing bleeding. Some bull owners even sharpen them before competitions. Stabbing opponents on the forehead is a common skill called “wari” or “tsuki.” The bulls’ “tactics” coupled with their “weapons,” raise the stake of the bouts and fuel the excitement in the stadium.

Although you will see neither a matador nor a picador in the ring, humans do still have a part to play in the bouts. “Seko” are the bull-handlers and they encourage or instigate bulls to fight by chanting “heeyai” and stomping the ground. Normally, it’s just one of them that stands close to each bull, and they take turns as a bout continues. The handlers often get more excited than the bulls themselves.

The rule of the bout is very simple: If a bull escapes and abandons a bout, it loses. Leading up to that point, there will be some maneuvering by each bull trying to get the edge. While some bouts end in a few minutes, others continue for more than 10, making the outcome unpredictable.

The intense bouts can take first-time visitors by surprise. Humans and bulls fighting together in the ring may remind you of the spectacles of the Colosseum of Ancient Rome.

The one-on-one style bullfight is practiced at several prefectures on the mainland such as Ehime, Shimane, and Kagoshima. But Okinawa is recognized as a hot spot for bullfights.

“Yomitan Tougyuu Kumiai”, the organizer of the June 5 events, is from Yomitan village, which is known for its exceptional passion for bullfighting. Many families in the village are involved training their bulls for competitions.

If you’ve never seen a bullfight, this is your chance to catch one on the island. Don’t miss out on another truly unique Okinawan experience. 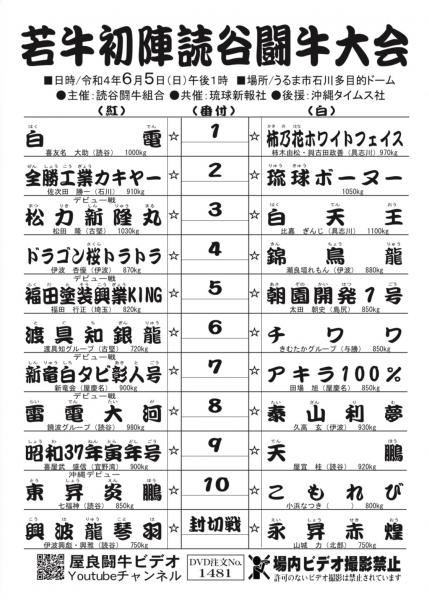 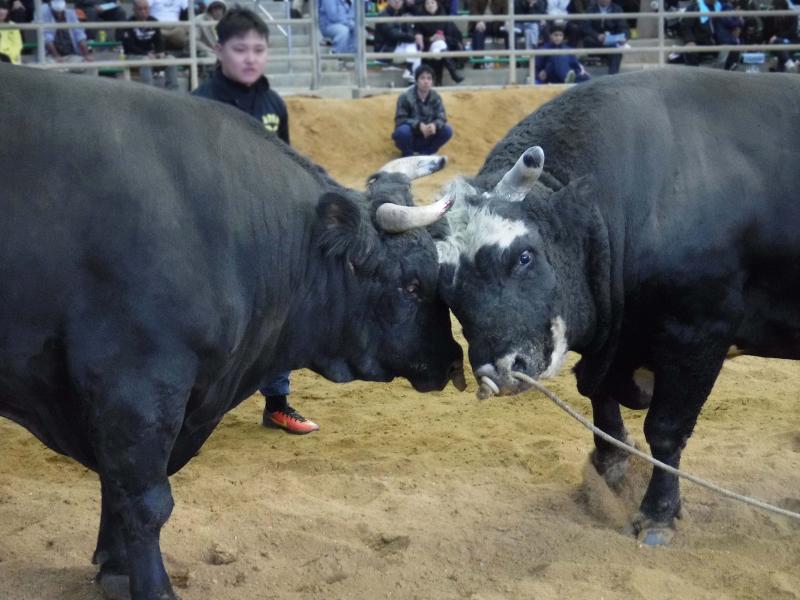 Surfs up in Okinawa! Yomitan great place to catch waves

Despite goofy name, Da Spot is the spot for a good meal in Honolulu