In the Land of the Rising Sun, September marks the waxing of autumn and the traditional harvest season in which local customs such as “tsukimi” (moon viewing), “inekari” (rice harvesting) and “Higan” memorial services take place throughout Japan.

These can be ideal opportunities to learn something about the local culture and maybe even experience a side of Japan that some modern Japanese miss out on these days. With that in mind, here are some basics to get you started: 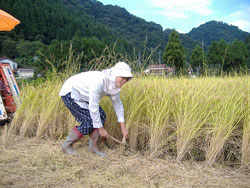 It’s no surprise that in Japan – where more than 7.8 million tons of rice was produced in 2019, alone – much ado is made about harvesting this prized staple food. Its cultivation was once even considered sacred, involving invocations of an “inadama,” or rice spirit. When the grains began maturing in the fall, for example, green sheaves were offered to this deity whose generosity was celebrated at season’s end. 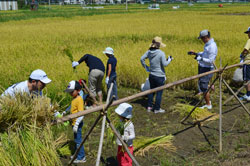 In addition to harvesting 1,920 tons of rice from late May to early September 2018, the island’s farmers also harvested a second, 282-ton crop between late October 2018 and early February of 2019, according to data of Okinawa Agriculture, Forestry and Fisheries Division.

Ishigaki Island is famed for its rice. It produces about 1,300 tons of annually – about 60 percent of all the rice grown in Okinawa Prefecture – due to its fertile soil and temperate climate which allow some fields to produce three crops annually. In the true spirit Japanese rice cultivation, Ishigaki is also famed for its many “hounensai,” or harvest, festivals that occur island-wide– especially from late July to early September. 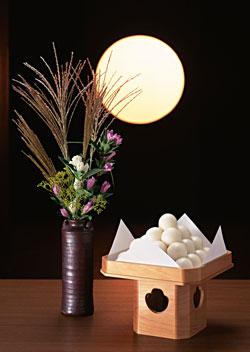 Tsukimi is a long-held custom observed on the 15th night of eighth month (“jugo-ya”) and the 13th night of the ninth month (“jusan-ya”) of Japan’s old lunar calendar. This year, the dates fall on Sept. 21 and Oct. 18, respectively. On these evenings, many take in the splendor of the Harvest Moon (and the less-famous “Hunters’ Moon” in October) in all its awesome, orangish glory from their homes or yards.

Traditionally, tsukimi ranks with “yukimi” (snow viewing) and “hanami” (cherry-blossom viewing)” as one of the three most favored settings for declarations of love and poetic outpourings of the soul.

This is also considered a time to wish for a rich harvest and prosperity for the coming year. It’s customary to set out “tsukimi dango,” or moon-viewing dumplings, taro, soybeans, chestnuts, persimmons and other round-shaped seasonal foods, along with sake and sprigs of “susuki” grass on a portable table. The table is placed on a porch or in a corridor from which the moon is viewed.

In Okinawa, the light of the Harvest Moon was once used to divine households’ fortunes for the coming year in some areas. Locals would make rice cakes with sweet beans called “fuchagi,” offer them to the moon, then climb a nearby hill to survey their village by moonlight. It was said that residents of homes that appeared dark would be prosperous, while those whose houses appeared bright would be less fortunate. 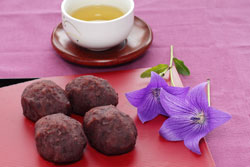 There is a saying in Japan that, “No heat or cold lasts over the equinox.” The autumnal and spring equinoxes are considered the border, and thus the end, of the respective hot and cold seasons. In Japan’s Buddhist tradition, these times also represent passing from one realm to the next.

Higan (literally, “other shore”) is a seven-day Buddhist memorial service held on the equinoxes (three days before and after). The concept can be likened to Memorial Day in the United States, in that it is a special time set aside to remember friends and family who have died.

Both the Vernal Equinox (Mar. 20 or 21) and Autumnal Equinox (Sept. 22 or 23) have been observed as holidays for more than 1,000 years in Japan. Originally, the Higan ceremony called on devout Buddhists to visit temples and offer prayers for the souls of the dead. Records indicate Higan was widely observed as far back as the 9th century A.D. when the equinoxes became religious holidays and the emperor called on

Buddhist monks to read scriptures for these rites. 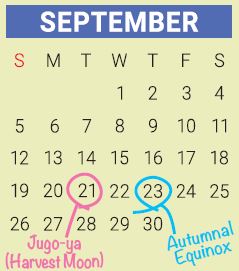 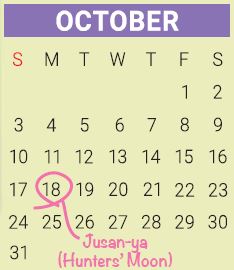 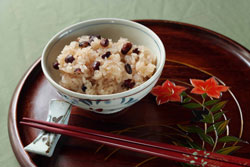 This tradition is how Okinawa marks the harvest of rice. Celebrated on August 10 of the lunar calendar, Kashichii shares the rice and pleasure of a good harvest with one’s ancestors. During this time, locals present okowa, a rice and red bean dish, to the butsudan family altar and to Hinukan, the god of fire enshrined in the kitchen. The word Kashichii literally means okowa in Okinawan dialect.

Kashichii is also held in June of the lunar calendar as well. While locals mix rice with red beans for the August tradition, they serve up white rice for this June event. Kasichii was an important custom during the Ryukyu Kingdom. Though no longer as widely celebrated, today this day is an opportunity for many to wish their families good health.
– Shoji Kudaka, Stripes Okinawa

Under the moon: Best spots in Okinawa

Kaichu Doro
This 2.9-mile-long causeway over Kin Bay connects Okinawa’s main island and Henza Island. Halfway across the causeway, there is Umi no Eki Ayahashikan, a roadside station where you can enjoy a panoramic view of the night sky. From Camp Foster it is but a mere one-hour-drive to get to this great moon-viewing spot.
•GPS Coordinates: N 26.332335, E 127.928707 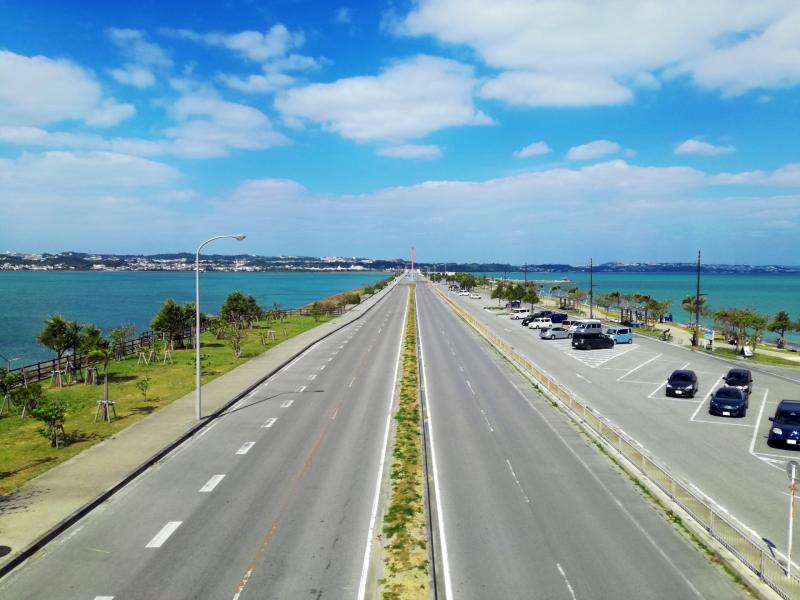 Chinen Misaki Koen (Cape Chinen Park)
Experience a superb view of the moon over the Pacific Ocean at this park on Chien Peninsula on Okinawa’s southeastern coast. The lawn, promenade and pavilion are all great places to sit and enjoy the harvest moon.
•GPS Coordinates: N 26.167531, E 127.828860 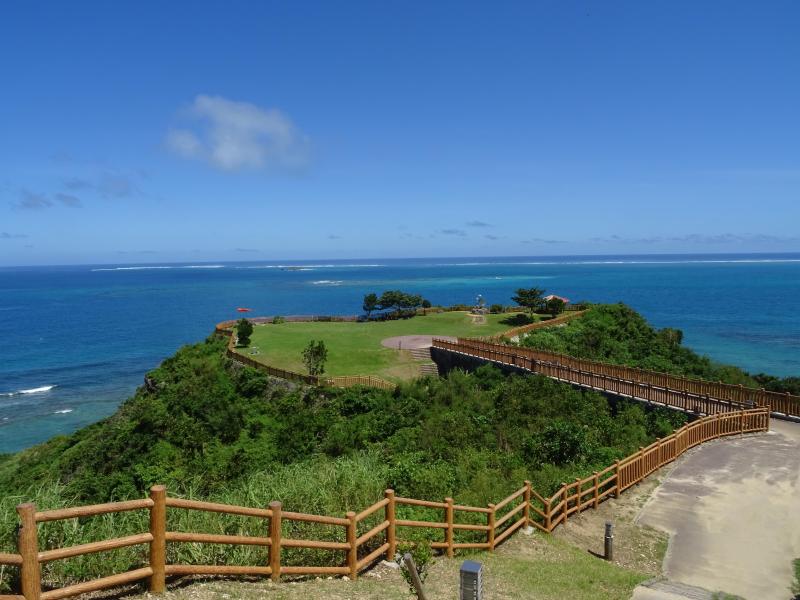 Cape Zanpa
Cape Zanpa is an ideal location to enjoy the beautiful autumn moon. A popular spot close to Torii Station, many now head there to catch the sunset. Once the sun goes down, watch the beautiful night sky emerge over the cape’s iconic lighthouse.
•GPS Coordinates: N 26.441264, E 127.713641 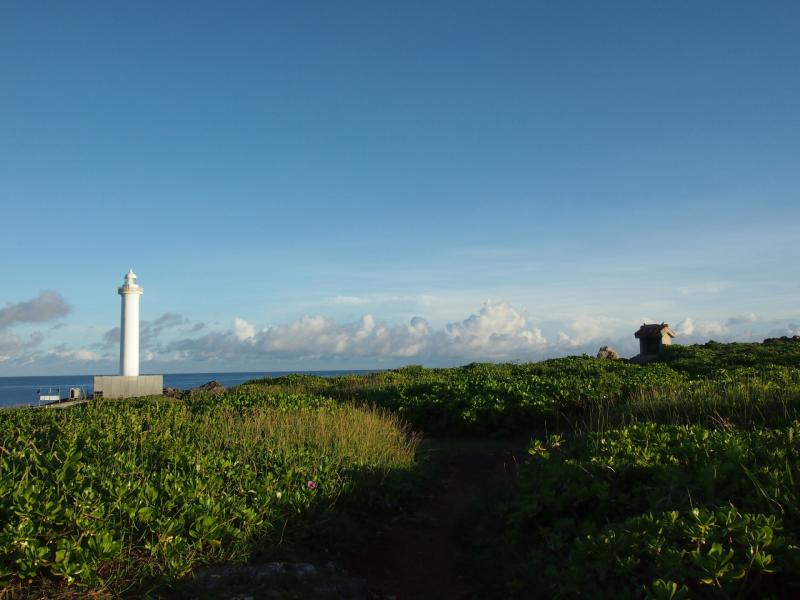