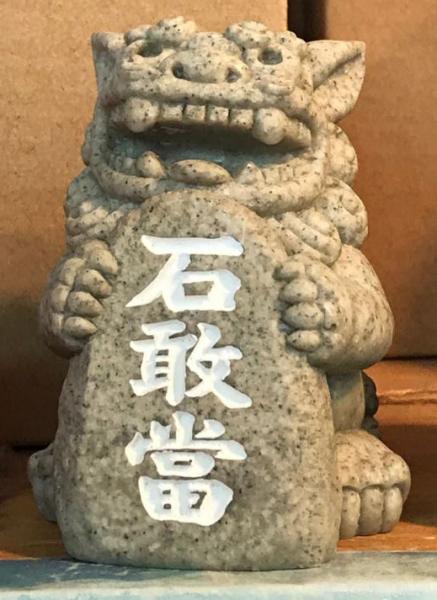 What's the deal with all the dragons on Okinawa?

Enjoy the snow, ice near you in Japan