Okinawa doesn’t have a professional baseball team of their own, even though popularity of the sport continues to be high on the island. But once a year, two teams make a way to the island to quench the thirst for ball games. 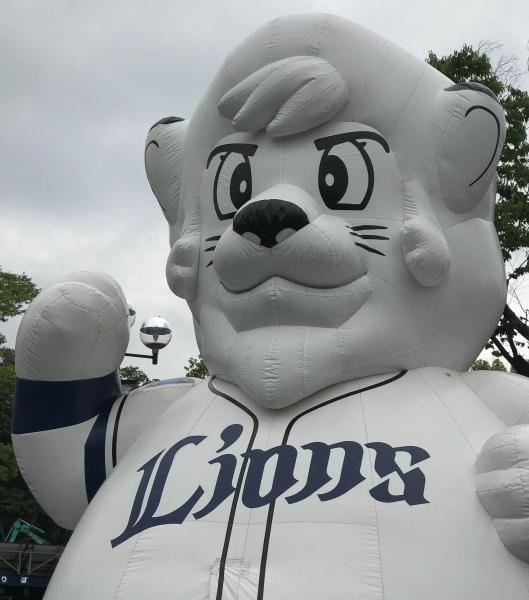 This will be a re-match of the last year’s playoff where the Hawks beat the Lions to move on to the Japan Series and ultimately became the champion for the second straight year. Over the last couple of years, heated competitions have been played out between the two team, and their rivalry is expected to carry on through this two-game series.

For those who have heard about professional baseball games in Japan, a game day experience at Tokyo Dome or Hanshin Koshien Stadium may be the first thing that comes to their mind. But the Okinawa Cellular Stadium holds an intriguing place in the pages of the pro-baseball’s history in Japan.

It was on May 20 in 1961 that a professional baseball game was played for the first time on Okinawa, according to the Sports Commission Okinawa. The game took place at Ohnoyama Baseball Stadium, the precursor of Okinawa Cellular Stadium Naha. Back then, the prefecture was still under the jurisdiction of the U.S. Back then, Tickets were $4 for a scouts seat behind home plate, $2.50 for a concrete seat on the third-base side, $2 for a seat on an embankment and $1 for a bleacher seat. The game was played between Toei Flyers (now known as the Hokkaido Nippon-Ham Fighters) and Nishitetsu Lions, which later became the Saitama Seibu Lions. A crowd of 14,000 reportedly came to the stadium.

Almost six decades later, the annual games on Okinawa continue to be a prime opportunity for quality baseball and a fun-packed game-day experience.

For more info, check out (http://www.kadenafss.com/travel/itt-travel/)

Get ready for Camp Kinser Bike Race on Sept. 22