There are many castles to visit and explore on Okinawa. And only a short 30-minute drive away from Camp Foster’s Legion Gate, you’ll find Katsuren Castle, on the peninsula by the same name.

Standing on a hill, the castle that dates back to the 13th century, commands a fine view of Nakagusuku and Kin Bays plus remote islands to the east.

The castle is composed of four flatlands called Kuruwa. Yon no Kuruwa (Kuruwa No. 4) is the biggest and located at the lowest point on the grounds where there are four wells. San no Kuruwa (No. 3), one floor above, is thought to have been used for ceremonies, whereas Ni no Kurawa (No. 2) used to have facilities for political functions. Ichino Kuruwa (No. 1) is the highest at 328 feet. You can access these the sections via stone-paved steps.

If the four Kuruwas and other relevant parts are counted, the castle’s total dimension amounts to 2.94 acres. Like other castle ruins in Okinawa, its walls draw curving lines, much different from rectilinear profiles of many castles on Japan’s mainland.

According to the castle’s website, this is a location where locals lived as early as the late prehistoric age. A shell heap discovered nearby corroborates the history. Although the castle has changed hands several times, it is Amawari, the final lord to oversee it, that the castle is remembered for now.

Before and during Amawari’s tenure in the 15th century, the castle prospered tremendously through trading with foreign countries. Foreign items such as chinaware, ceramics from Southeast Asia, and even Roman and Ottoman coins were excavated from the castle.

The prosperity set up Lord Amawari to be one of the most powerful figures in the Ryukyu Kingdom (1429 – 1879), along with Gosamaru, the lord of Nakagusuku Castle. In 1458, Amawari spearheaded a punitive force of the kingdom and defeated and killed Gosamaru, who was thought to be plotting a revolt. But later on, the kingdom defeated and killed Amawari on the same suspicion.

Considered one of biggest events in the kingdom’s history, the feud between the two became a big motif for local culture.

Take Nidou Tekiuchi, which translates to “revenge by two children”, a famous act for Okinawa’s classical stage play called “Kumiodori.” In this act, Gosamaru’s two sons execute their vengeance on Amawari. In Naha’s Tug of War, two figures dressed as Amawari and Gosamaru march on a huge rope to add a historical angle to the competition. In Uruma City, especially in Katsuren area, Amawari is revered as a local hero even today.

Registered by UNESCO as world heritage in 2000, the Katsuren Castle ruins garner visits from many tourists and history buffs. But, for the people of Okinawa, it’s the castle’s story and final lord which are an enduring part of the island’s culture.

The next few weeks will also be a great time to visit the castle as it will be temporarily lit up in the evenings, making it a great spot to check out at sunset.

* The castle ruins will be lit up at night through Aug. 25, so parking will be available at night during this time.

As you travel on Kaichu Doro, a nearly 3-mile long causeway connecting Okinawa’s main island to Henza and two other small islands, you’ll find an unusual ship-shaped building off the side of the road.

Umino Eki Ayahashi-kan is the name of this delightful rest area worth a stop on your way to exploring the remote islands Kaichu Doro will lead you to.

The rest area is a good place for some souvenir shopping, boasts a beautiful view of Kin Bay and offers many choices for hungry travelers. Umino Eki Ayahashi-kan has a restaurant and food stalls with a variety of options including pizza, curry rice, soba noodles, seafood tempura and more.

Est Burger in the food stall area offers hefty burgers at good prices. I tried the Est Special Burger (900 yen), the joint’s most popular menu item. Aside from the standard lettuce and tomato toppings, this thick beef burger also includes a slice of bacon and tartar and sweet & spicy sauces for an interesting contrast.

For a little spice, try the Tida Kankan Burger, also known as the Tida “Mexican” Burger, and the Teriyaki Burger.

Inside a shipping container, Est Burger’s décor has Americana vibes with posters of popular U.S. brands like Coca-Cola, McDonald’s and Campbell’s Soup.

I recommend enjoying your burger on the benches nearby while taking in the great bay view.

Adjacent to the rest area, there is also an opportunity to try your hand at a number of water activities like flyboard, banana boat rides, tubing or parasailing. Stop by the reception area near the burger restaurant to inquire.

Souvenirs, burgers, a great view and water sport options, Umino Eki Ayahashi-kan is the kind of place you and your family will definitely want to stop for a break on your next adventure.

Alongside many of the rice balls and sushi at convenience stores, you’ll find inarizushi. This is a common snack-food that is simple to prepare – vinegar-seasoned rice wrapped in deep-fried tofu.

Inarizushi dates back to the Edo Period (1603-1867) and was named after the god “Inari,” who was said to have been taken care of by foxes who enjoyed deep-fried tofu.

Like many other foods, regions across Japan have their own variations on inarizushi, but in general, it’s known for having a slightly sweet and tangy taste. In the Kanto Plain, inarizushi has a strong taste and a squared shape. Kansai serves up inarizushi in a lighter-tasting triangle. Okinawa’s version is triangle-shaped and made of a lighter-colored tofu, with a much lighter taste.

Maruichi Shokuhin in Uruma City is a great place to try the Okinawa version. The store is known for its inarizushi, garlic-flavored fried chicken and the long lines of people eager to buy a combination of the two.

The combination of inarizushi and fried chicken is a very popular platter for family get-togethers such as Shiimi, a local tradition to welcome back and see off the spirits of deceased family members. And it is also a great option for a picnic or quick lunch.

As you travel around Japan, don’t forget to try different variations of this popular snack. Maruichi Shokuhin has two locations – one near White Beach and the other near Katsuren Castle – perfect for picking up lunch for the whole family. 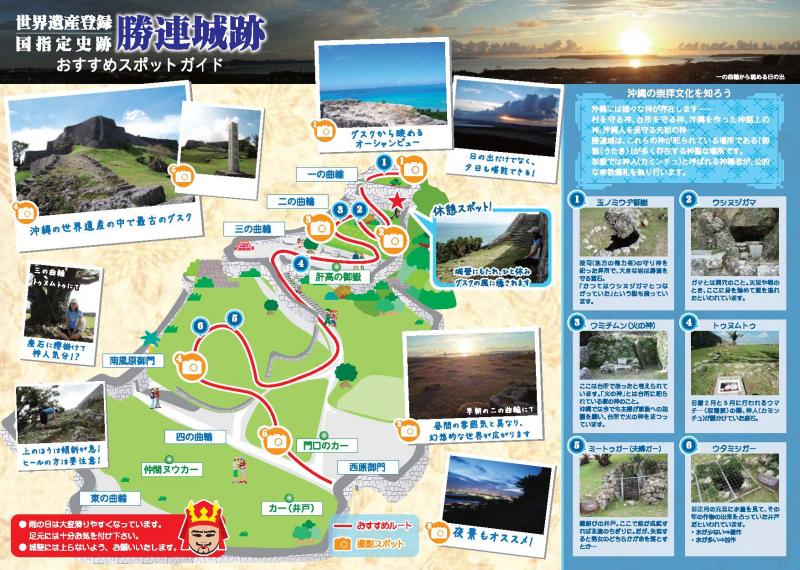 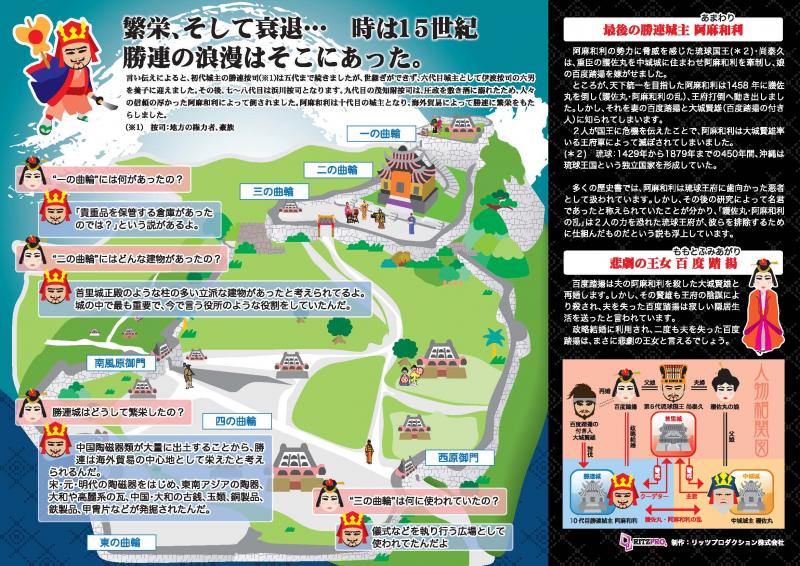