When planning a trip to Kyoto, taking a car might seem like an attractive option. That is, until you realize that traveling there from any of the military installations in the Kanto Plain will have you driving nearly six hours on the Tomei Expressway. This highway is notorious for heavy traffic especially around the Ebina and Nagoya junctions, adding more drive time to what a quick weekend trip should entail.

What about flying, you may ask? Considering that the nearest airport to Kyoto is an hour away via limousine bus, this option might also not be a good one. 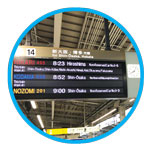 For trips to Japan’s picturesque old capital, riding the rail on the Shinkansen is the fastest and most popular. But keep in mind that it can also be the most expensive option.

Running at speeds of up to 200 mph, the bullet train, as it’s also called, connects Tokyo and Kyoto in around two hours.

Since the first model of the Shinkansen was introduced in 1964, it has connected Tokyo to most major cities around the country with a total rail length of 1,729 miles. It is also considered the symbol of Japan’s innovative technology. 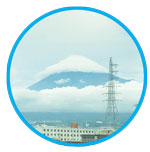 We chose the bullet train as our means of travel when my wife’s sister and her family were in town visiting from Guam. Having visitors was a great opportunity to hop on for an trip to Kyoto.

There are three types of Shinkansen between Tokyo and Kyoto you can purchase tickets for: “Nozomi” (wish), “Hikari” (light) and “Kodama” (echo). Nozomi is the fastest, with fewer stops and a quicker route, so in order to have more time in Kyoto, we rode this one.

We boarded at Shin-Yokohama Station and were surprised by how busy the platform was even for our 6:12 a.m. departure time. The rocket-like super express trains look more like white jets on the rail than trains. Bullet trains were arriving and departing in a matter of minutes. According to the time table, there were anywhere between eight to 10 bullet trains heading to Kyoto within the hour. 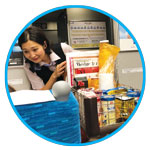 Before boarding, stop at one of the various shops selling special train bento boxes and drinks. These make for a great snack or meal as they’re packaged so that they’re easy to carry and fit on the trains’ seatback trays.

When you purchase your shinkansen ticket, pay attention to the car number and line up according to the numbers you’ll find on the platform floor and on the digital signs above.

If you didn’t have a chance to buy snacks or bentos on the platform or station, don’t worry, there are attendants aboard with a cart full of tasty treats available for purchase. 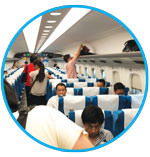 With our sandwiches and drinks (beer, included), we enjoyed the view from the train. It was simply fantastic. Although it was not a clear day, we were still able to see majestic Mt. Fuji shrouded in clouds and many wooden homes as we passed through villages and factory towns.  Despite the extreme high-speed, it’s a smooth ride. There is also free wi-fi onboard.

Our train only made one stop at Nagoya before reaching Kyoto and we were there less than two hours after we boarded in Shin-Yokohama.  The train ride was so comfortable that we wished our destination were further so we could stay on longer. 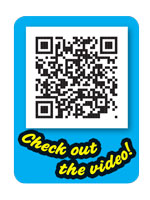 We stepped off the train and found ourselves at Kyoto Station, in the center of the old capital. It was 8 a.m. sharp and we had a full day of exploring the areas UNESCO World Heritage sites ahead of us.

Travel on the Shinkansen for less!

At about $230 per round-trip, traveling to Kyoto via bullet train is not cheap! But don’t forget to check your local ITT office or travel agencies for package tours that can cut the cost and also include a hotel stay.

I booked our tickets through JTB, a well-known travel agency in Japan, and paid 21,000 yen ($190). The package included round trip Nozomi Shinkansen tickets and a room at a great hotel that was only a 2-minute walk from Kyoto station. 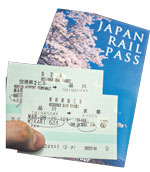 If you have visitors from out of town, I suggest they purchase a JR Rail Pass. This is a special pass exclusively for those on tourist visas. The pass covers most bullet trains and the nation-wide JR railway service. The tickets range in price from around $300 to $400 per week and need to be purchased in advance. Visit https://global.jr-central.co.jp/en or call at 050-2016-1600 for more information.

Kyoto is home to numerous UNESCO World Heritage sites packed into an area of around 828 square kilometers.  Over 250 shrines, as many as 1,600 temples and other cultural properties within the city have been impressing foreign visitors for ages. 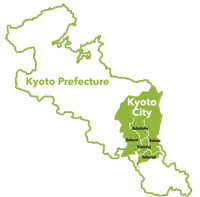 Tokyo may be huge with its sprawling city blocks lined with skyscrapers and bright lights, but its old flavor is now secluded to certain spots or neighborhoods. Kyoto, on the other hand, has an opposite approach with neighborhood keeping their traditional character and feeling. But make no mistake, Kyoto is a modern city.

Kyoto is often associated as “the Capital of One-Thousand Years,” as it was established in 794 and had been the capital of Japan for more than 10 centuries before Tokyo took over the position in 1868.

On the walk leading to majestic Kiyomizudera Temple, you’ll see the classic wooden homes of yesteryear. A stroll along the small river in Gion District will transport you back in time as you pass young women in their rental kimono and yukata. The center of Kyoto made us feel as if we’d strayed into the glorious age of the old capital.

Divided into five districts, Rakuchu (center), Rakuhoku (north), Rakunan (south), Rakuto (east) and Rakusai (west), Kyoto’s public transportation system is easy to use and very convenient. Check out the one-day bus and subway passes ranging from 600 to 1,500 yen. If you have a Suica or Pasmo card, you can also use them in Kyoto. 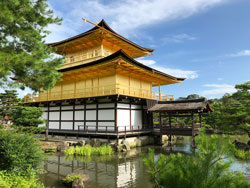 Kinkakuji, or the Golden Pavilion, is another one of the city’s many UNESCO World Heritage Sites. The third shogun of Muromachi Shogunate, Ashikaga Yoshimitsu (1358-1408), built the hall in his own villa, called Kitayama-den. Just as a handout says, the pavilion and its garden were fashioned to represent the Buddhist’s earthly paradise. The gorgeous, golden exterior is striking against the dark green forest and blue water pond in the garden surrounding it. 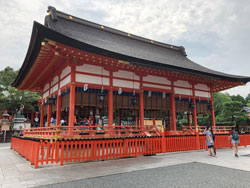 Easily one of the most recognizable and most popular of Japan’s shrines, Fushimi Inari sits at the foot of the 764-foot-high Inariyama Mountain. After I worshipped in front of the beautiful main shrine, my family and I walked through more than 1,000 bright torii gates towards Inariyama summit. Although we gave up midway, if you have time, hike to the top of mountain for stunning views of the city from high above. 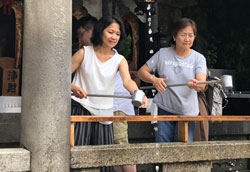 Registered as an UNESCO World Heritage Site in 1994, the 1,200-year-old Kiyomizudera Temple is a majestic temple built on a wooden platform. Although the upper part of the temple is currently covered for repairs, we were able to see the unusual wooden platform structure that sustains the gigantic temple. The stone-paved path from the temple to elegant Gion District was filled with numerous eateries and souvenir shops. Gion, also known as the Geisha District, attracts tourists with its elegant traditional merchant houses. We were there too early in the day, so we did not see any geisha, but you might have better luck catching sight of one in the evening on her way to an event or dinner. 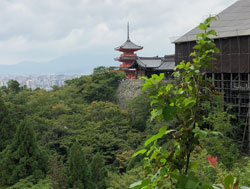 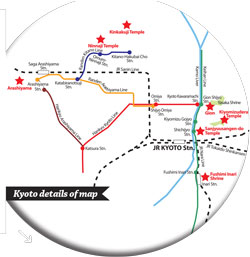 Officially named Rengeooin Temple, Sanjusangen-do (literally meaning 33-intervals temple) in the east of Kyoto was established in 1164. The 393-foot-long temple hall is home to 1,001 statues of Kannon (Buddha of Mercy), making for an incredible sight. A gigantic statue of Senju Kannon (1,000-armed Buddha of Mercy) sits at the center, surrounded by the thousand statues. 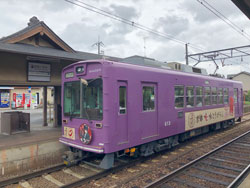 Ninnaji Temple is another UNESCO World Heritage site in Kyoto and one of the largest and most prestigious temples in the city. This temple was founded in 888. Its large temple gate, bell tower, main temple hall, Kannondo hall and 5-story pagoda draw less tourists than other sites here, so enjoy it at your leisure.

A 2-minute walk from the main temple gate, head to the wooden building housing the Omuro-Ninnaji Station of the Randen Line – a small one-car train running around the Arashiyama District. Be sure to hop on one when you go back to center of the city. 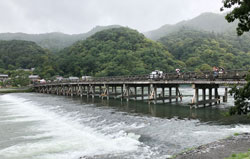 A popular tourist destination in Kyoto, Arashiyama District is known for its famous bamboo grove. The express train on the JR Sagano Line got us there in a 15-minute ride from Kyoto Station. We stepped down to the riverside of the Oi River and looked up to see the beautiful landscape of the wooden Togetsukyo Bridge over the river against backdrop of green mountains. It looked just as an old Ukiyo-e woodprint.

Southern Chiba: Much to explore in underrated destination