Easy access, sublime floating islands, incredible visibility, big pelagics and friendly locals all combine to make Palau a dive destination not to be missed. In the time it takes to say Alii - the local term for “hello” - you’ll fall in love with this unspoiled paradise just 90 minutes from Guam. 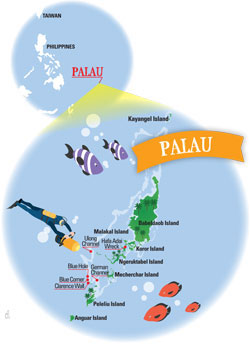 I departed Guam at 7:30 p.m. and soon arrived at Koror International Airport at 8:40 p.m. The first thing I noticed when leaving the airport and crossing the Friendship Bridge to downtown Koror was the beautiful deep blue sea and the multitude of islands that seem to be floating on the water.

After a short 20-minute shuttle ride to downtown Koror, I checked into my hotel to get some rest for my dive odyssey. The next morning, I was met by my guide from Sam’s Palau Dive Shop and taken to their office for check in. The shop is a well-established and large operation with its own dedicated dock, gift store and restaurant/bar for divers.

After registering and getting my gear, I boarded one of their many outbound dive boats and set up before getting a dive briefing and departing the dock into Koror Bay. As we motored out, we weaved in and out of narrow channels between large uninhabited islands until reaching the open sea. Once out, Palau’s myriads of smaller signature islands become visible and because of the lush foliage that extends all the way to their limestone bases, appear to be floating on the sea. Once out into the main channel water, visibility also increased markedly and our captain throttled up for the 25-mile ride out to our first dive site. 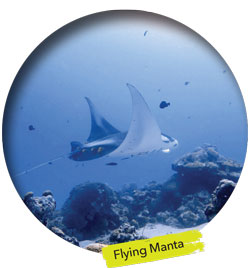 Out in the main channel just adjacent to a pure white crystalline sandbar was this easy dive in less than 20 meters of water. After mooring and receiving our dive briefing, we back rolled in and slowly descended into the crystal-clear water to watch schooling sharks, large forests of staghorn coral and soft corals in sandy canyons between the coral heads. Deeper down were big plate corals and mushroom formations surrounded by masses of schooling groupers. After an hour, we slowly ascended back to the boat to off gas and eat Palau’s famous dive bentos above schools of fish beneath our boat greedily waiting for handouts.

Ulong Channel
The next site was on the west coast of Palau and has a reputation of being an awesome drift dive, so I was excited to dive it. The tide here rips so it was critical to time it correctly on the incoming tide, so we rolled in late morning into crystal clear water to the bottom at roughly 15 meters. The entrance to the channel had coral gardens along the bottom and the channel itself was about 500m wide narrowing to an average of about 25m. 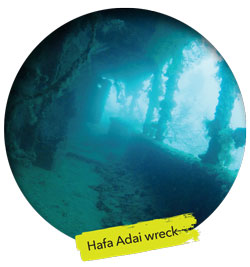 At the entrance to the channel facing the open sea, was a white sandy bottom where we started our drift at about 15 meters up through the progressively narrow channel riding on the rushing current as if on  an underwater magic carpet - zero effort required. The current took us through the channel lined with giant plate coral and shoals of drifting glass eyes and squirrelfish. After about 20 minutes, we emerged to be greeted by more sharks and schooling pelagics  before surfacing and returning to our waiting skiff and jetting back to Koror.

Hafa Adai wreck
The third dive was inside Koror harbor just five minutes away from the dock on the Hafa Adai ferry that sunk recently so was not technically a war wreck. The visibility in the harbor was noticeably poor compared to the previous dives on the outer reef but this was my first Palau wreck so I was excited to see it. After we back rolled in and slowly descended, the mast appeared out of the gloom at 5 meters and then the wheelhouse and deck at about 10 meters with most hatches opened. The wreck lists to port and as I went further down over the bow and then to the stern I found the lifeboat in the sand at 15m and proceeded through the gloom along the hull to the prop (surprisingly not yet salvaged) and the rudder then back around to the port side and up the hull to explore the main deck and cargo area before slowly ascending for a safety stop and then back on the boat for the short ride back to the dock. 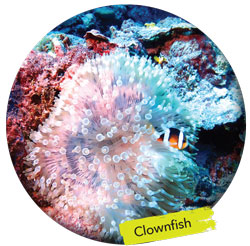 Koror has plenty of local restaurants, and since most are within walking distance of the major hotels, it’s easy to get to them on the main boulevard with everyone else. Our dive guide told me about the local night market, so I followed the smell of barbeque to the park downtown. I had my fill of chicken and beef followed by cold coconut milk in the husk while listening to the local bands playing on stage before heading back to get some shuteye for the next day.

The next morning, I was picked up from my hotel by Fish n’ Fins Dive Shop and taken down to their large dock which ported both their large fleet of dive boats and two large liveaboards in addition to the ATVs for their off-road adventures tours. After registering and grabbing my gear, we zipped out.

Clarence Wall
This was a wall dive on the southwest reefs of Palau about 25 miles out by boat, which took us about 50 minutes flying at high speed. Once at the point, we anchored to a buoy in the shallows then suited up and rolled over and into the blue abyss below. As we reached the top of the vertical reef wall at about 10 meters, the visibility soared to more than 30 meters and we could easily see the white sand below at 30 meters. The gentle current pushed us northeast along the wall, and as we drifted, we were greeted by the tamest and biggest sea turtles I had ever seen. We were also joined by large schools of barracuda and white tip sharks, as well as giant coral sea fans on the wall starting at 18 meters. As the current picked up, our guide popped his surface marker and we slowly ascended to be picked up by our boat.

Blue Corner
This world-famous dive site is next door to Clarence Wall and is where the now world-famous Palauan reef hook was invented to keep from getting blown away in strong currents. After splashing in from the eastern buoy and descending to the top of the wall, we all affixed our hooks to the reef and then clipped the other end to our BCDs to watch the show. As we shook slowly immobile in the heavy current we watched a who’s who of patrolling pelagic swim by including Black Snappers, Big Eyed Jacks, barracuda, wrasses and triggerfish, as well as whitetip sharks. It was like being inside a giant aquarium with the fish coming to us completely unafraid and curious. 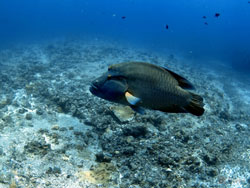 This historic site was created at the turn of the century by German companies in Palau who wanted a channel deep enough to navigate from the inner island bay to the outer sea in large cargo ships, so they blasted a channel through the rock to make a navigable passage. The channel connects the inner lagoon to the open ocean. We splashed in on the southern side and drifted slowly along the wall to one of the fish cleaning stations where our guide had us descend to the white sand and wait for what seemed an eternity. Suddenly out of the abyss a giant manta slowly flew up and around us like an inner space stealth fighter before slowly soaring above our heads while being cleaned by the small cleaner fish who darted in and out of its gills and fins. As suddenly as it had appeared, it flew off and we slowly ascended back the boat and headed back to Koror. 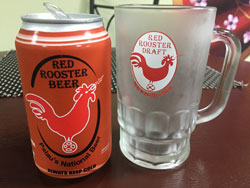 Topside: While off gassing between dives, take time to visit the weekend night market, have a Palauan Red Rooster beer and talk to the locals.
Equipment: All shops rent full gear sets. Enriched gas is readily available. Tech or CC divers will want to contact dive shops beforehand with special requests such as gear compatibility or sorb. On Palau, Yoke is more common than a DIN valve. All boat dives request divers carry a computer and a sausage.
Getting there: United flies direct from Guam and other destinations. See their homepage for schedules.
Dive shops: There are many, see the Palau Visitor’s Authority homepage for more details. I used Fish n Fins www.fishnfins.com and Sam’s Tours www.samstours.com. Both are great operations.
Dive conditions: The average water temperature is a warm 28 degrees Celsius, 83 degrees Fahrenheit. For protection in the water, a 3mm wetsuit, full or shorty, a skin, or even a t-shirt pleases most.
Get more: Palau Visitors Authority www.pristineparadisepalau.com
Recommended for booking trips and dive tours to Palau:

Palau: Experience the wonders of this tropical paradise

Okinawa: Don't let rainy season get you down!

Did you know?: Water accidents in Okinawa