Next time you visit Japan, use this guide to Narita Anime Deck so you don’t miss any of the good stuff!

What makes Narita Anime Deck worth checking out? 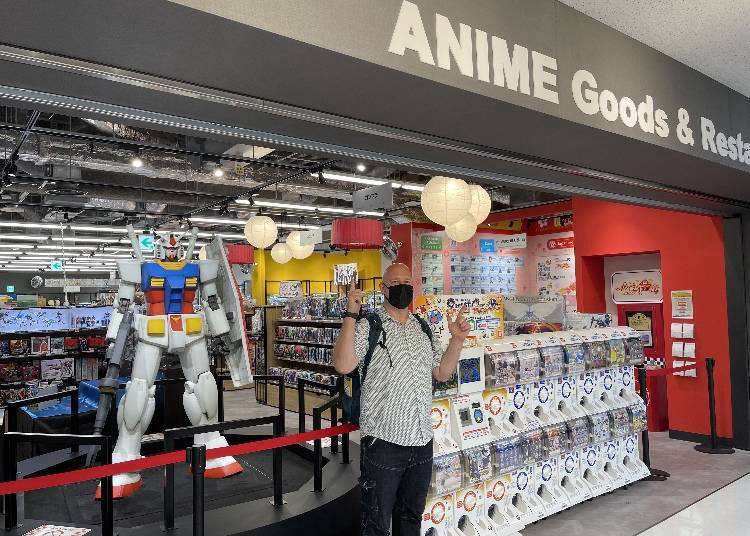 Narita Anime Deck is a combined entertainment facility specializing in anime. It’s a part of the plan by Narita International Airport, the gateway to Japan, to increase the appeal of anime and ensure that both Japanese and international anime fans have a place to support their passions. 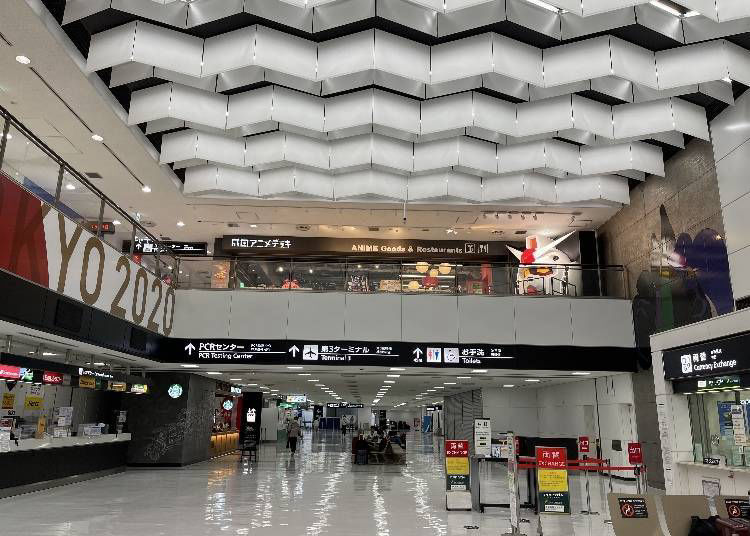 Opened in November 2019, Narita Anime Deck has since steadily gained traction amongst the anime and manga fandom. Even locals with no travel plans visit the airport just to check it out!

Located in the main building of Terminal 2, it can be reached after exiting the international arrivals lobby on the right. Luckily, it has the life-sized head of a Gundam outside as a landmark, making it super easy to find! 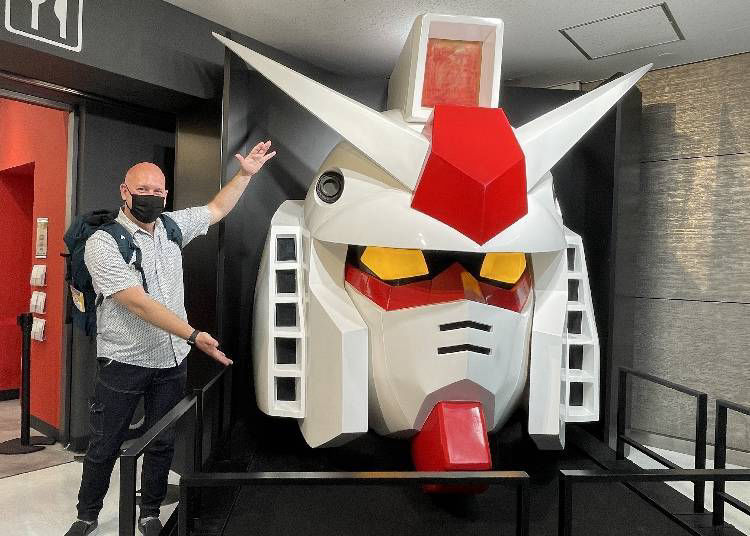 Narita Anime Deck is packed full of amazing photo opportunities! First and foremost is the giant Gundam head adorning the shop’s entrance, which was set up on the opening day as an accurate life-sized rendering of a real Gundam robot. Its fierce and powerful aura makes even the most intimidating person look weak in its presence! 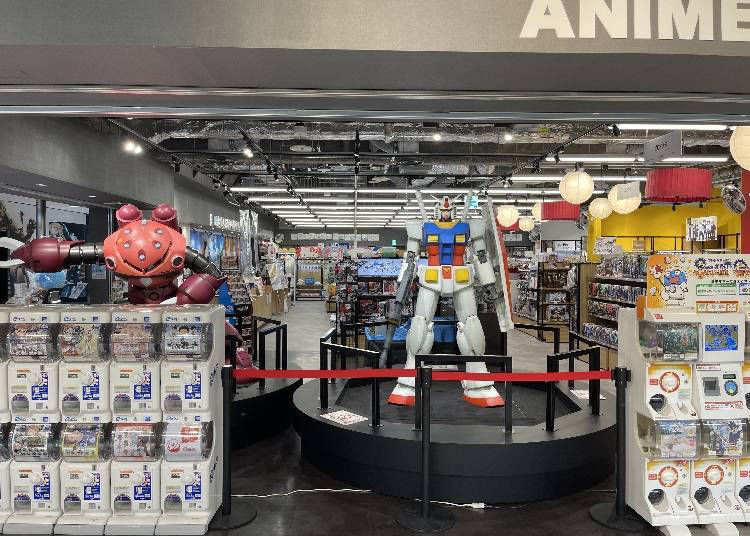 At the entrance to the goods shop are 1/10 statues of the RX-78-2 Gundam and the Z'Gok of character Char Aznable. The elaborate design brings to life all the exquisite detail, totally capturing our attention as we absorbed all the intricate flourishes. 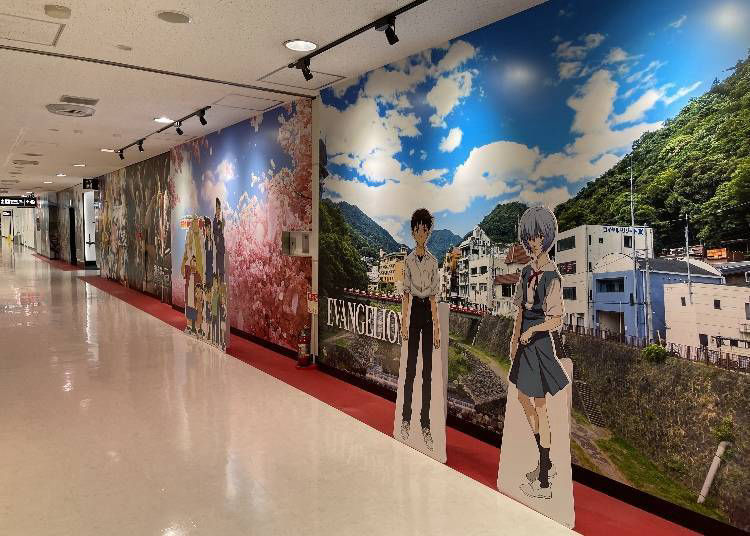 Next is the “Narita Anime Road,” which features more than 60 meters of anime characters and designs. Bringing to life the seasons of Japan, these beloved franchises are cleverly used to illustrate the changing year, with Detective Conan as spring, Evangelion as summer, Sword Art Online as autumn, and Attack on Titan as winter.

With stunning scenes of Japan in the background, shoppers are free to take pictures with their favorite characters and series! 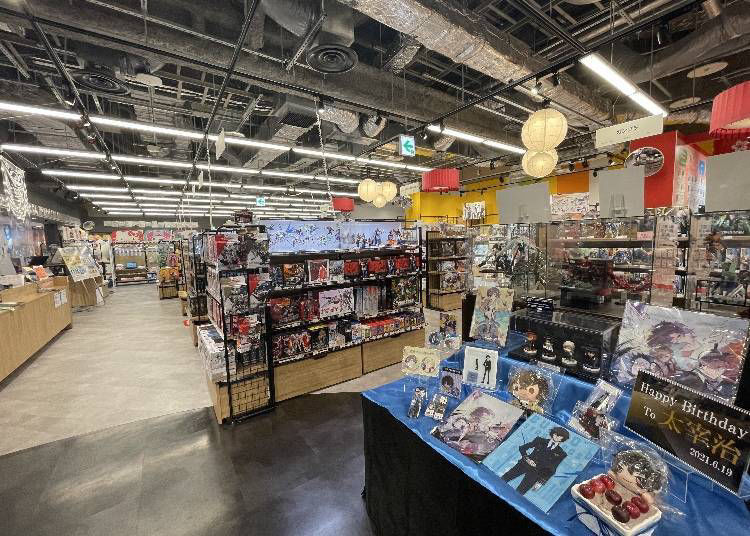 With over 5,000 items from more than 100 different titles, the “goods shop” section of Narita Anime Deck is chock full of mega-popular anime and character merchandise. 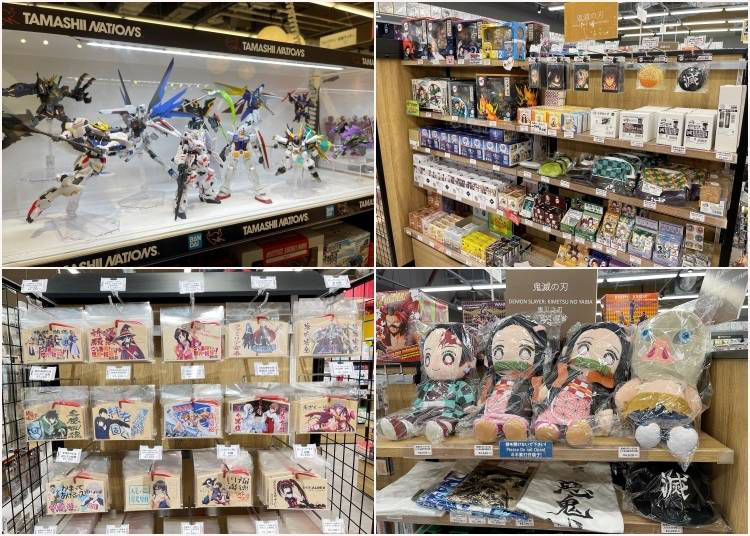 This includes plenty of anime beloved overseas, such as Gintama, One Piece, Demon Slayer, Jujutsu Kaisen, Re:Zero, Gundam, and more! 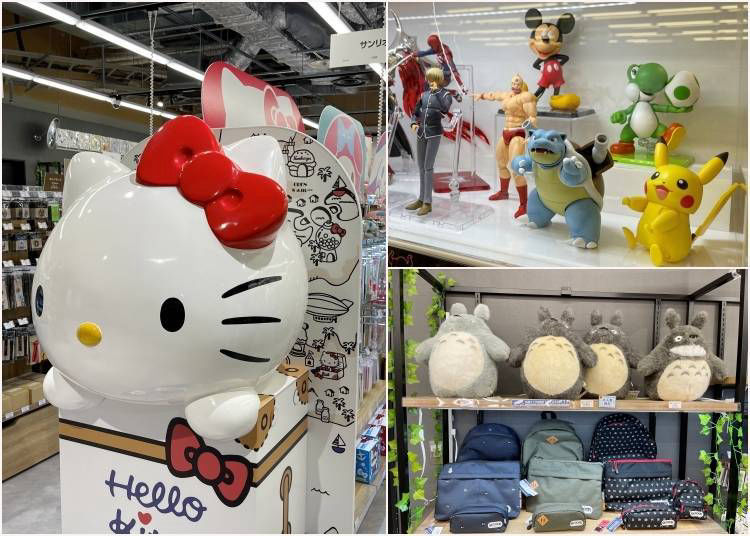 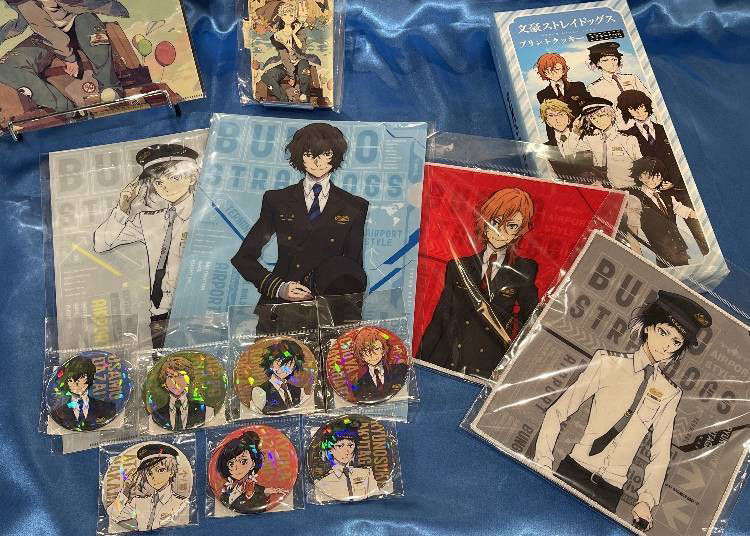 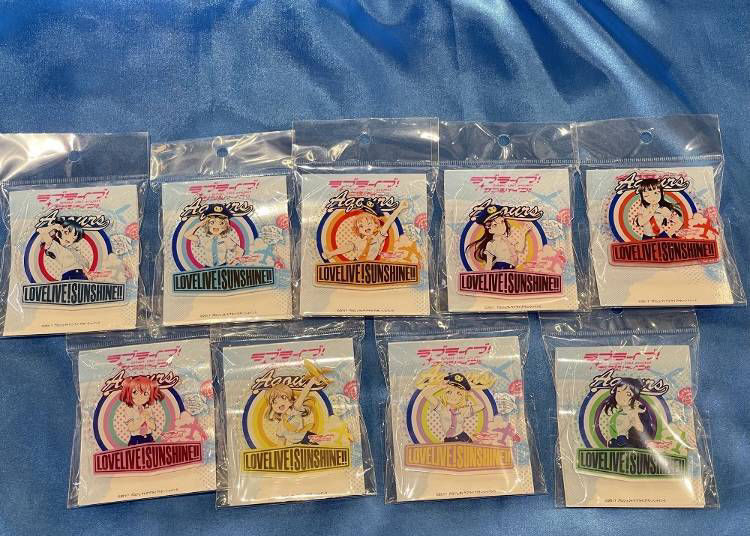 Best of all, Narita Anime Deck also boasts their own collection of original items, each bearing a connection to Narita Airport. This includes our favorite characters from hits like Bungou Stray Dogs and Love Live! Sunshine!! dressed as pilots, a charming look you’d never see in the original! 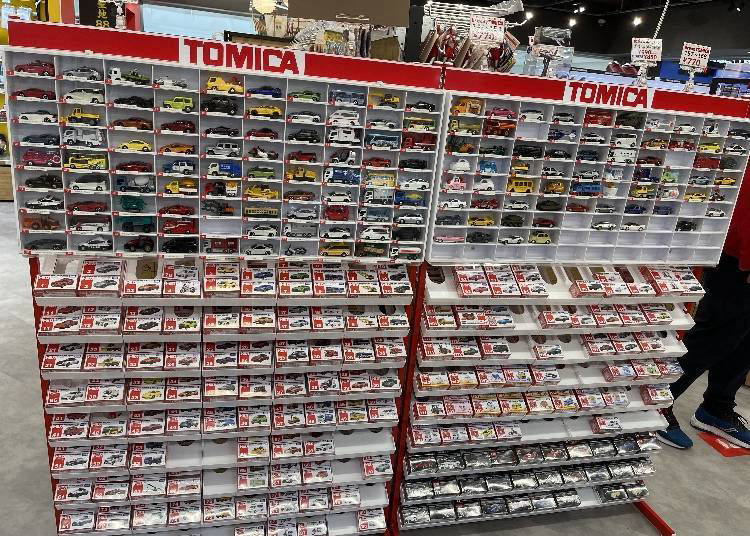 When we asked, the staff at Narita Anime Deck recommended Tomica, which is a Japanese line of mini toy cars with over 50 years of history and both children and adult fans.

With classic Japanese car brands, along with the iconic Japanese police cars, fire engines, and more, you’ll surely be tempted to pick up a few! With a very reasonable price tag, they also make for great souvenirs. 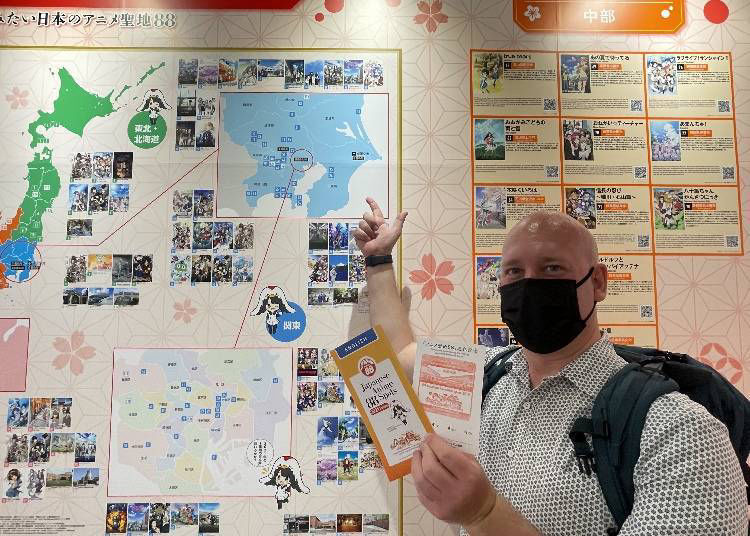 Within the back of the goods section is the “Japanese Anime 88 Spots: #0 Fudasho - Anime Tourism Information.”

Here, information on 88 real locations in Japan used as the settings for anime selected by the Anime Tourism Association is displayed, with Narita Airport itself acting as the starting point of #0.

Why 88, you ask? This number comes from the 88 temples on Japan’s sacred Shikoku Pilgrimage, with these anime spots acting as sacred ground for otaku to feel closer and connect with their favorite franchises. 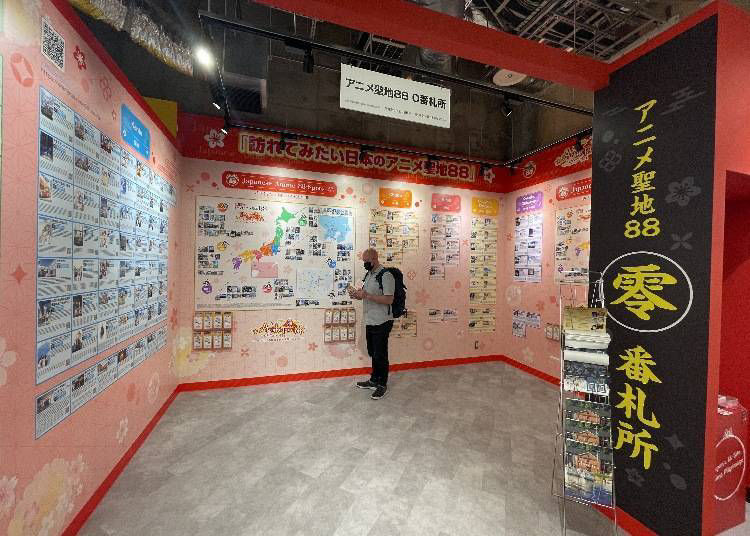 Selected annually by votes from anime fans worldwide, the “Japanese Anime 88 Spots” are introduced here through a series of information panels and multilingual pamphlets. The information changes every year, allowing a new encounter with fresh anime every time! 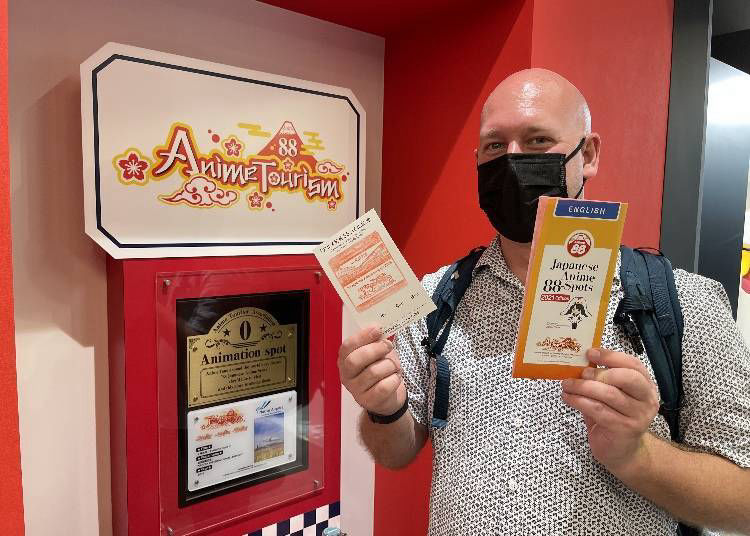 Upon visiting “point #0,” you can get yourself a “shuin” temple seal stamp! To discover the other “holy lands” of anime tourism, check out the Anime Tourism Association website below and start filling your shuin!

The Entertainment Cafe: Catch up on the world of Japanese entertainment! 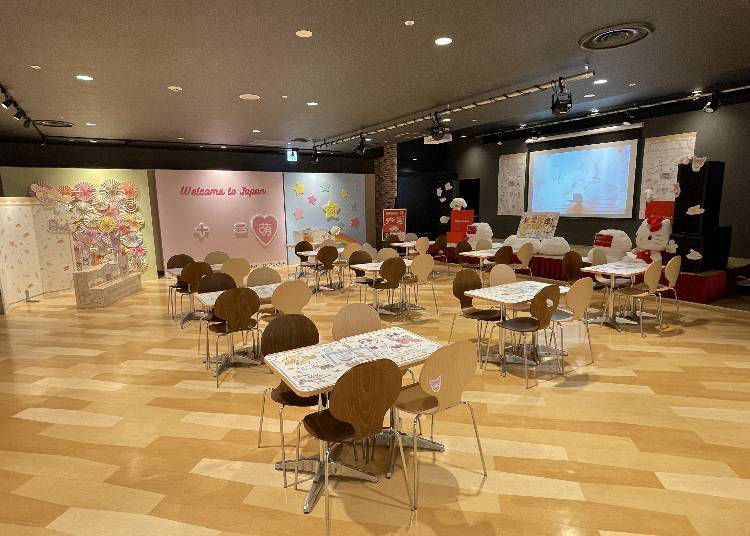 Narita Anime Deck boasts two eateries, one of which is the “Entertainment Cafe.” Alongside a menu packed with popular anime and character collaborations, you'll also be able to get up close with the latest in Japanese entertainment! 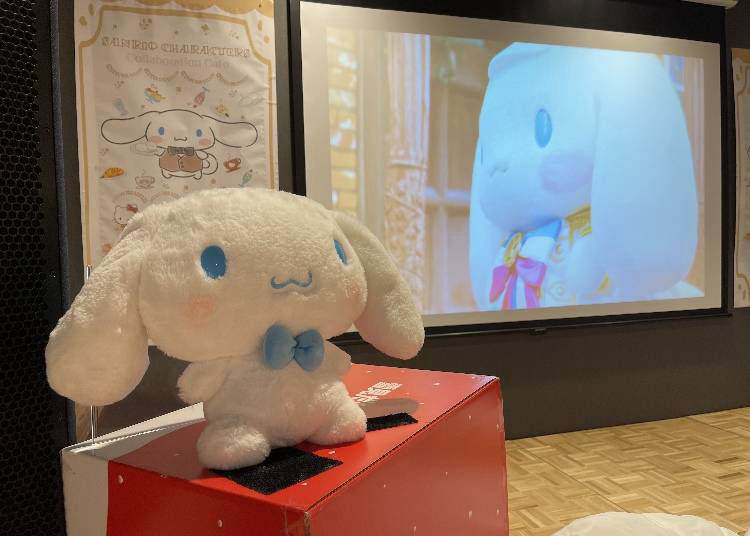 When we visited, we were met with the “Sanrio Characters Collab Cafe” (until July 30th, 2021). The room was filled with the cute and fluffy character Cinnamoroll, who won first place in the 2021 Sanrio Character Ranking. 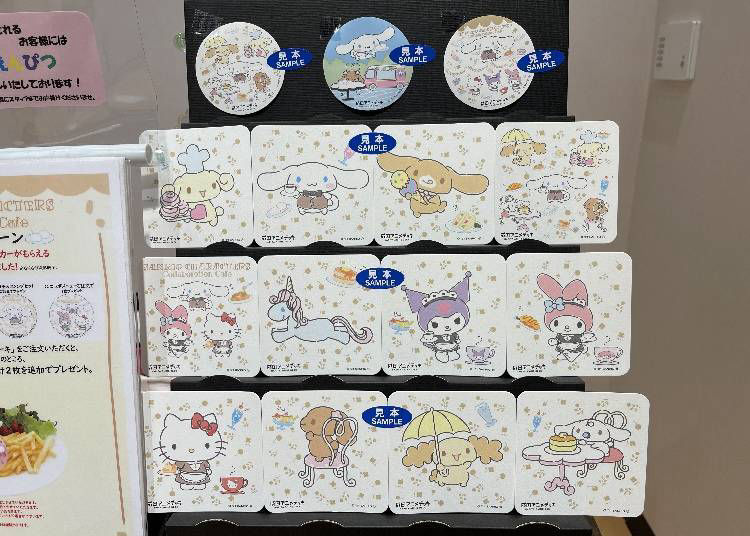 After ordering from the menu, you’ll also receive a free coaster! You’ll find out which design you got after you’ve made your order. 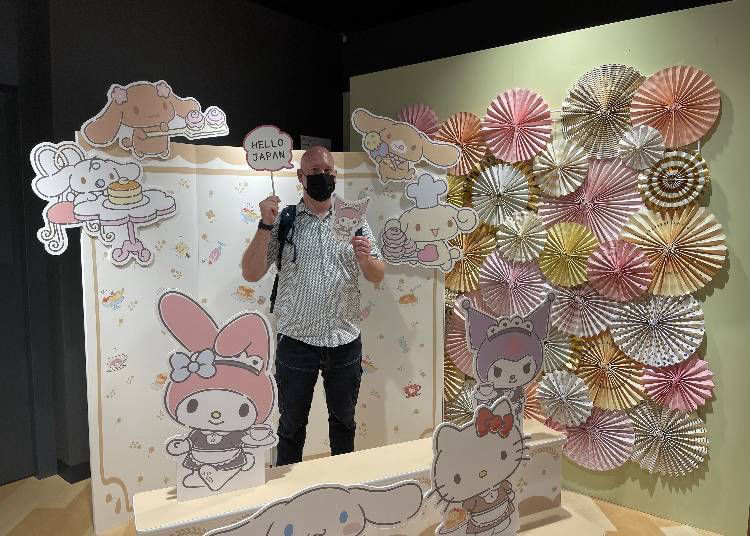 Also in the Entertainment Cafe is a photo booth featuring the current collaboration characters. Here you can craft your own original photo with the help of message boards, such as ones reading "HELLO JAPAN."

The next collaboration will be with the mega-popular anime Haikyu!!, which will commence from August 6th, 2021. Next time you visit Japan, pop into Narita Anime Deck’s Entertainment Cafe to see what anime is currently featured!

A Traditional Japanese Festival! Fill Your Stomach at the Eat-in Restaurant! 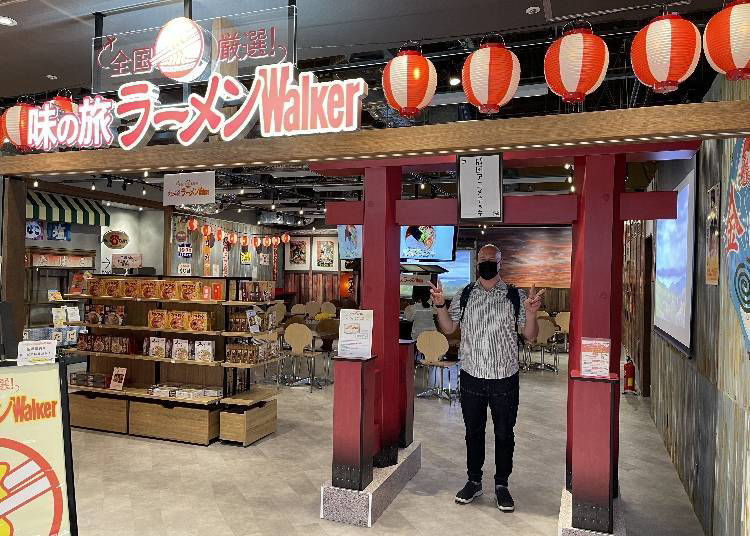 Narita Anime Deck’s additional eatery is the “Eat-in Restaurant,” which is themed around a traditional Japanese festival. With paper lanterns, “noren” curtains, torii gates, and more, you’ll be able to experience the charm and magic of a Japanese shrine festival without leaving the airport! 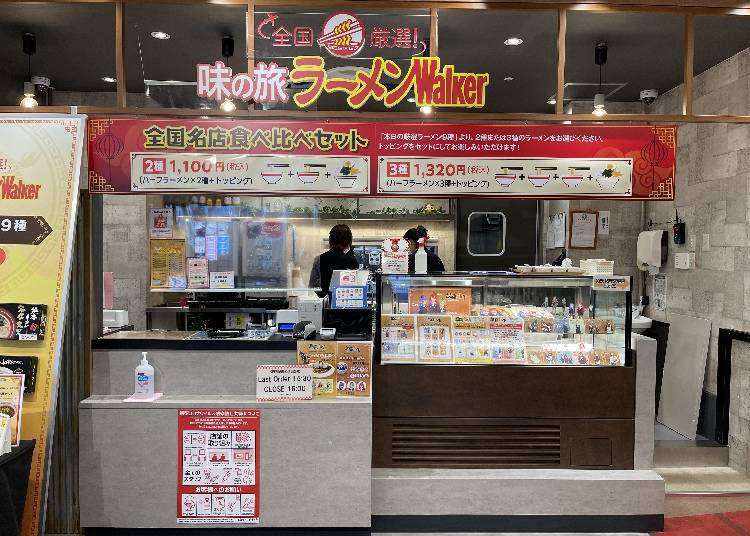 Here you can select from 9 types of ramen carefully chosen by Japan’s leading ramen information media outlet “Ramen Walker,” along with items inspired by various hit anime. While you can order a single bowl (1,100 yen), half-ramen 2-piece (1,100 yen), and 3-piece (1,320 yen) tasting sets are also available (all prices are including tax). 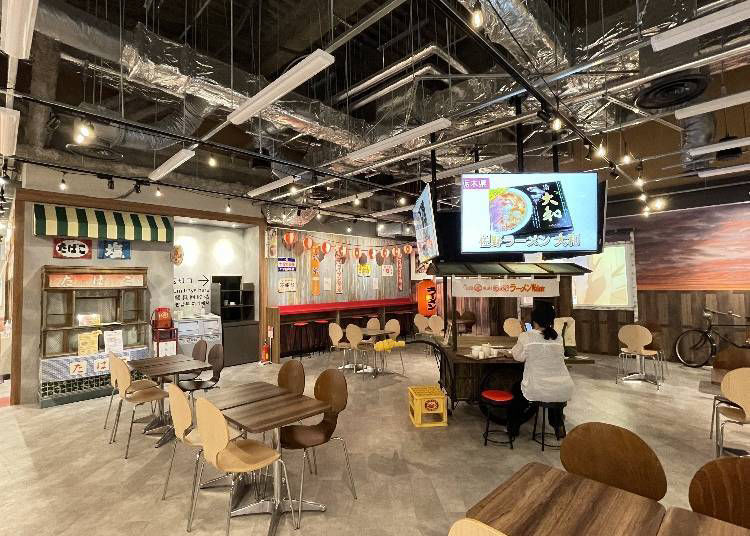 Of particular note is the nostalgic, retro interior design, which is intended to replicate the charm of 1960s and 1970s Japan. With eye-catching ramen stands, rustic tobacco billboards, public telephones, and more, you’ll feel like you’ve stepped back in time! 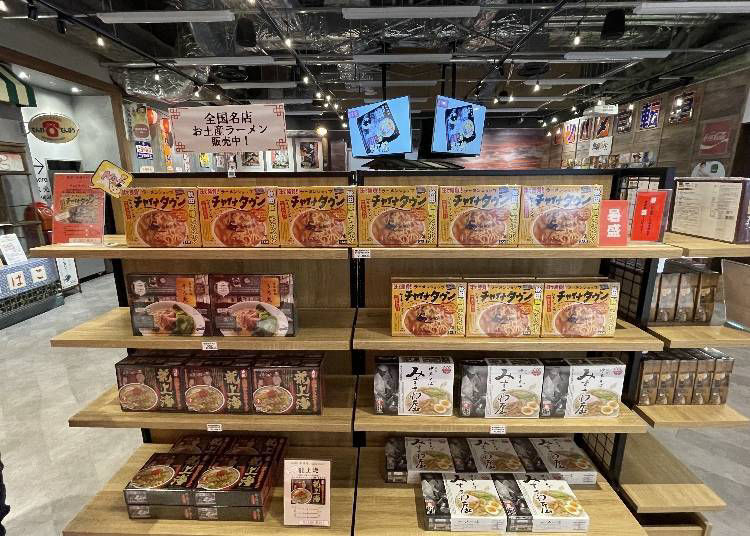 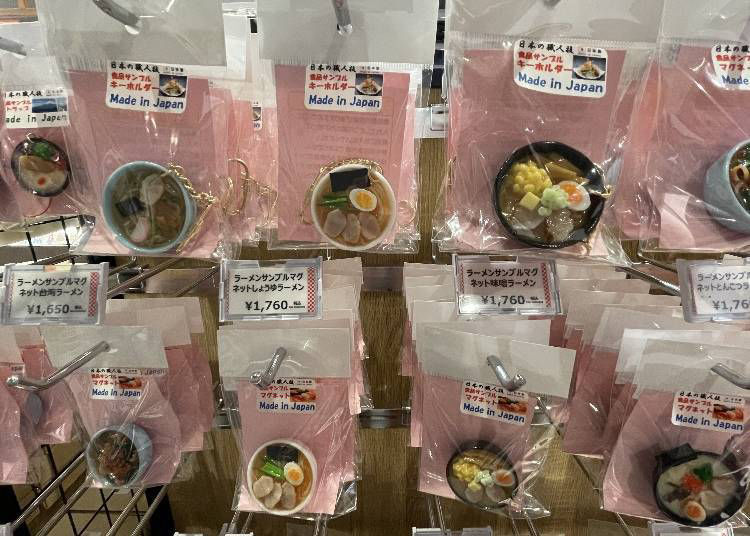 You can also purchase ramen souvenirs from over 50 ramen types found across the country, as recommended by Ramen Walker. This includes fun and useful items like ramen-inspired keyholders and more! 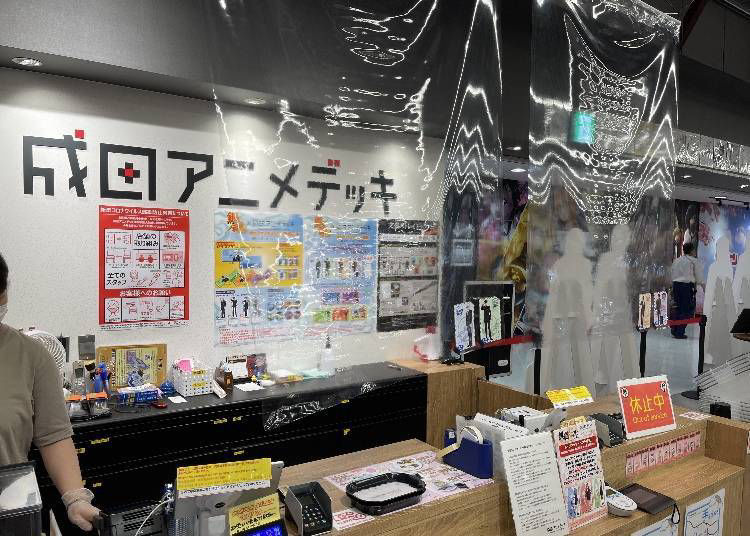 Store and facilities are sanitized, disinfected, and cleaned/ Disinfectant spray is placed inside store/ Facilities are disinfected after each customer/ Store is thoroughly ventilated/ Coin trays are in use/ Partition boards are in use/ Staff wear masks, wash hands, disinfect, gargle, and check temperatures/ Store capacity and seating arrangements have been adjusted/ Entry is limited, reservation system in place/ Customers feeling unwell will be turned away/ Customers are requested to wear masks and undergo temperature checks

Get Anime Tourism Information For an Unforgettable Japan Journey at Narita Anime Deck! 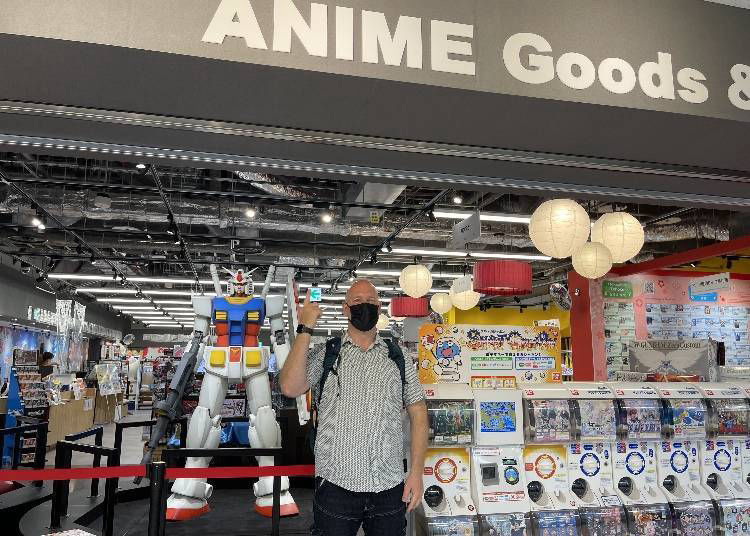 Along with getting your hands on the latest anime tourism information, visitors to Narita Anime Deck will be able to get up close with Japanese subculture through exclusive shopping and dining experiences! With an incredible design and all-encompassing displays, all the ammo you’ll need to craft an amazing Japan itinerary is right here!

Nintendo Tokyo is a paradise for gamers and anime fans

VIDEO| When you fly out of Haneda Airport, make a detour for some old-style shopping at Edo Tokyo