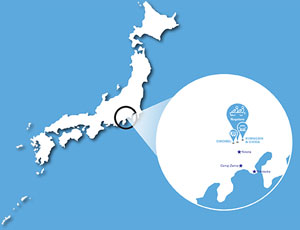 some of the Rugby World Cup games.

Kumagaya Stadium, about a one-hour drive from Yokota Air Base, hosted three world cup games. In one of those, the U.S. team faced off with (and lost to) Argentina on Oct. 9 in the same year.

Beyond the sports venue, this area is filled with rich history, natural beauty and is a good spot to add to your list of places to visit.

I recently had the opportunity to check out some of the area’s notable spots on a media tour hosted by Saitama Prefecture. I visited Kumagaya, one of the stops along the former Nakasendo Boulevard, which served as a rest stop between Edo (old Tokyo) and Kyoto throughout the medieval era.

We stopped at Kumagaya’s Shodenzan, a majestic Buddhist temple and a symbol of the town’s former prosperity.

Here, the 52-foot-high temple gate “Kisoumon” consisted of three large gray roofs and brown gables covered in tiny sculptures. The detail on this structure is breathtaking and the attention to detail continues at the “Shotendo,” the main temple hall, which is covered in brightly-colored sculptures and looks like a large jewelry box.

Most of the temple was built in 1179, but a fire in 1670 destroyed it. The temple was rebuilt in the middle of the 18th century by the local people. In 2012, Shotendo was designated a national treasure.

The temple is known for bringing success to marriages and families, keeping people healthy, success in business and warding off misfortune. So, stop, drop a coin and make a wish when you go. Volunteer guides are available to give visitors more information on how to make a wish or learn more about the temple history in English.

After, we headed to Gyoda Ancient Lotus Park and Hall, which boasts a plethora of ancient lotus flowers which bloom beautifully in the heat of the summer. Since my tour was in the early fall, no lotuses were blooming, but Gyoda did have rice paddy art to entertain us.

Similar to corn field art popular in the States, here in Japan you can see designs in some rice paddy fields. Gyoda has a 164-foot tower overlooking the impressive rice paddy art. Various rice plants that have different colors, shapes and heights are utilized in this organic canvas.

In 2015, the Gyoda rice paddy art won Guinness World Record as the “largest rice field mosaic in the world.” For prime viewing, mid-July is the best time to head to Gyoda, but the images remain visible until end of October, Munenori Hasumi, spokesman of Gyoda City, said.
According to Hasumi, preparations for the rice paddy art take nearly one year.

Next, we headed an hour away to Nagatoro Valley, easily one of the most popular locations in the northern part of Saitama. The unique landscape here consists of a mountain snow-fed river running through a white “Iwadatami” rock terrace and “Sekiheki” reddish stone cliffs. Traditional wooden boats commandeered by boatmen in traditional attire transported us on the river’s crystal-clear waters to the olden days or into an ukiyo-e painting.

Up on a hill, we had our lunch at Choseikan, a Japanese-style inn and restaurant offering delicious lunch sets and a great view of the valley from its large glass window. 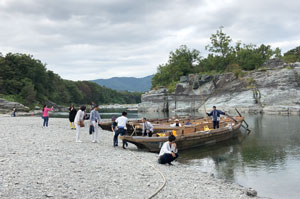 As I enjoyed the valley’s lush landscape, I, too, enjoyed my meal made up of local delicacies, like Chichibu pork sautéed with miso, udon noodles, steamed rice with mountain vegetables and cup-steamed egg custard. The simple meal had a delicious and fresh flavor complementing our surroundings.

Our final stop on this tour took us to the renowned Chichibu Distillery, which is actually closed to the public. The distillery is known for producing top-notch single malt whisky since its foundation in 2008.

Ichiro’s Malt is one of the distillery’s high-end malt whiskies and is named after the founder, Ichiro Akuto. In August, 54 bottles of this special brew garnered nearly $1 million at an auction in Hong Kong. 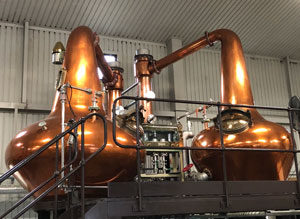 Evidence of its high accolades, numerous awards, medals and plaques hung in the exhibition hall of this small but elegant distillery.

On this exclusive tour, we watched as brewers prepared whisky in Scottish pot stills and a fermenting vat made from Mongolian oak. According to a distillery spokesman, the whisky produced here gets its distinct fruity and well-balanced flavor from the severe temperature changes between summer and winter, locally produced barley and the pure, clean mineral water of Chichibu.

Our tour ended with a tasting of Chichibu Distillery’s whisky products. I couldn’t help but admire the really complicated sweet aromas and full-bodied flavors. It was completely new flavor to me – different than scotch and Irish whisky. Chichibu’s brews were smooth, mild-textured and easy to enjoy. 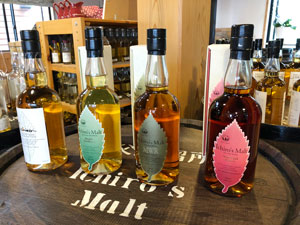 Though this distillery is not open to the public, you can find all of their products in large liquor stores around the country.

The visit to the brewery and the sampling of their offerings was a great way to cap a tip to northern Saitama. The tour gave me a better understanding of the area’s rich history, traditions and natural beauty not only through the locations we visited but through the flavors of its local food and drinks.

I recommend exploring Kumagaya via car as the area is widespread due to its forestry and mountains, but it is also accessible via train. 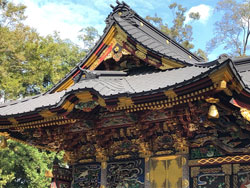 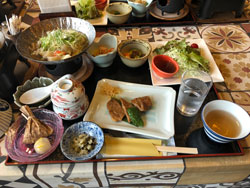 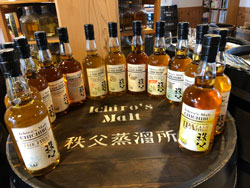