Kokeshi dolls are a common item carried in many souvenir shops around Japan. Some are called “Sayonara Dolls,” which have become a popular parting gift for PCSing U.S. servicemembers. A cloth that wraps around the doll unravels to reveal farewell messages from the recipient’s coworkers or friends.

The cylindrical wooden dolls have a long history in the country and are thought to have originated in Miyagi Prefecture during the Edo Period (1603-1868), according to The Japan Times. It is because of this history,  that the dolls are often considered a signature craft of the Tohoku region.

Did you know that Okinawa also has its own kind of kokeshi dolls?

Manufactured at a studio run by Taiki Okinawa, a facility for disabled persons on the island, the dolls are significantly different from their mainland counterparts.

Just 20 centimeters (7.87 inches) in height there is a significant difference in their silhouette.  While many traditional kokeshi dolls have a cylindrical torso with a big head, Ryukyu Miyrabi Kokeshi have a sweeping profile with a small head on top. Similarly, their small faces have a bright smile and distinct eyes setting them apart from the mysterious countenance with thinly drawn facial features of the mainland dolls. Dressed in traditional Okinawan attire, the small dolls are modeled after ordinary people from the olden days including classical dancers or fish merchants carrying their catch in baskets upon their head.

“We have been manufacturing the kokeshi dolls for 47 years,” said Takahiro Shinzato, a Taiki employee.

The studio employs seven disabled persons, two of which have over 47 years of experience decorating the dolls, Shinzato added. Since each kokeshi doll is  handcrafted here and the process takes anywhere from three to six months per doll, the studio only makes about 500 dolls or less per year.

Getting your hands on one of these special dolls might be difficult as only a few retail stores on the island stock them, but Taiki sells them and also opens its doors to those who would like to learn how the Okinawan dolls are made by making their own. 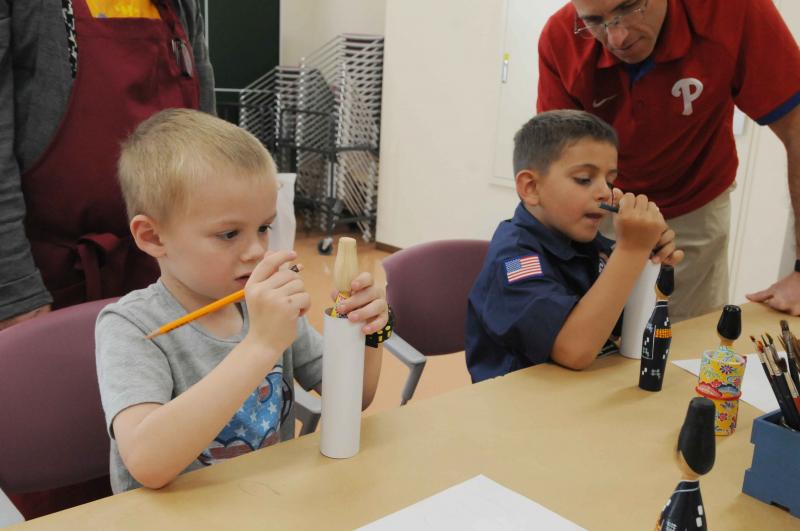 For a small fee (1,500 yen or $13.50 per person/doll), visitors get a tour of the studio filled with machines, tools and lumber, where the craftsmen work daily. There visitors learn the dolls are made of  Okinawa Pine, or Ryukyu Matsu, and Styrax japonica, or Ego no Ki lumber and about the painstaking process it takes to paint each doll’s meticulous facial details by hand.

In the second portion of the tour, visitors have a chance to paint their own authentic Okinawan kokeshi doll for themselves.

Instructions are given in Japanese only, so bring along a friend who can speak Japanese and don’t forget to book in advance.
Recently, a group of Camp Courtney and Camp McTureous students had a chance to visit Taiki’s studio. 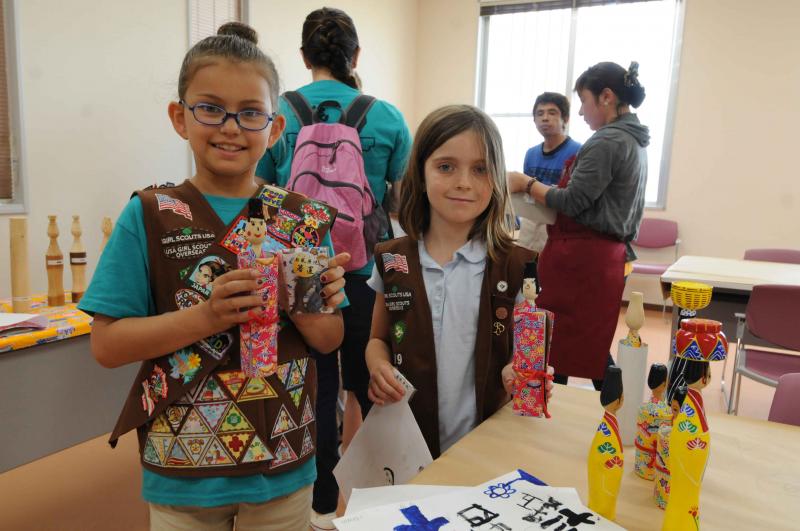 After their group tour, the children carefully penciled the facial features onto their wooden dolls. When they reached the coloring phase, the children’s creative side took the lead. Some of the children’s dolls ended up with multicolored hair instead of the conventional black hair or with humorous facial expressions.

“I like painting all of it. But the most difficult part was doing the face,” Cameron, one of the children in the group, said as he dried his kokeshi doll.

After the paint was dry, each doll was carefully wrapped in “bingata,” the traditional dyed fabric of Okinawa. Although they were yet to carry any message inside, the children’s own “Sayonara Dolls” were already very special.

For a departure from the usual craft places around the island, Taiki offers a unique experience to create a uniquely Okinawa craft all while supporting a group of talented craftsmen.

Before it was Taiki Okinawa, the facility was called Okinawa Shintai Shougaisha Shokugyo Shidousho (Okinawa vocational guidance center for disabled) and was run by the Okinawa Association of Disabled Veterans (Okinawa Shoui Gunjin Kai) in Naha City. Production of the Okinawan kokeshi dolls started in 1972 at two facilities that would later merge to become Taiki Okinawa in 2009.

Aside from the kokeshi doll studio, physically-disabled persons also grow vegetables and bake bread at the facility, which is all available for purchase. 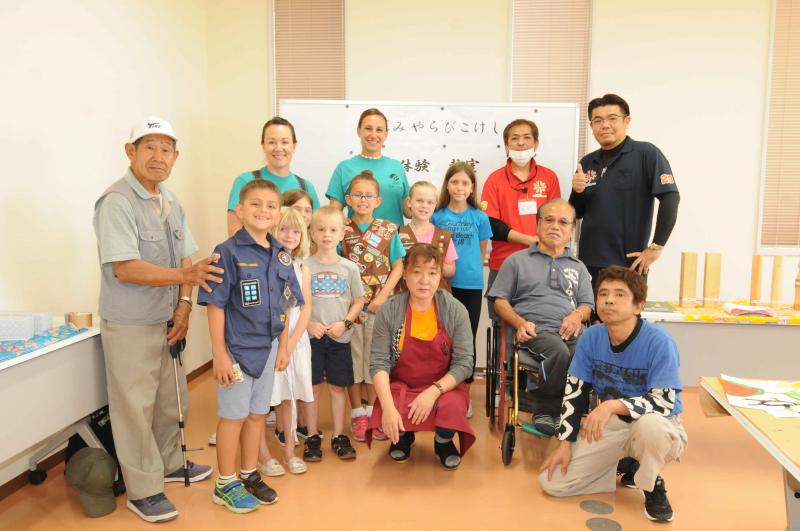 Did you know?: Ryukyu glass sculpture

Japan launches large-scale campaign in Asia to win back tourists