Overgrown Okinawa: Structure vs. the wild

Overgrown Okinawa: Structure vs. the wild

It’s hard to think of Okinawa without conjuring images of serene beaches, palm trees and beautiful underwater exploration. If you visit the tropical island and follow a tour guide, you will likely get exactly that experience, but living there offers a different perspective. The same nature that drives people to the island is doing its best to destroy the facilities they enjoy.

Step away from those sparkling beaches, hop in your rental car, and drive anywhere else. Then wait until you are inevitably stuck at a stoplight behind a rusty kei car that should have been put out of its misery years ago, and look at the buildings around you. You’ll mostly see reinforced concrete in desperate need of a pressure wash, sun-bleached business signs, and at least a few overgrown buildings poorly resisting nature’s call back to the wild — many of which are still being used.

Okinawa gets an average of 1,817 millimeters of rainfall a year, contrasted with Tokyo’s average of 1,482 millimeters. This puts Okinawa — an island almost half the size of Tokyo — at nearly 20% more rain. It also happens to be the poorest prefecture in the country, so it doesn’t have nearly the support that a metropolis like Tokyo enjoys. To top it off, mainland Japan as a whole is hit by three typhoons a year on average, with the southwestern island regions seeing most of the action.

Okinawa? They get seven to eight.

With an environment like this, it’s not surprising that traditional Okinawan houses would be surrounded by walls of coral and limestone, in lieu of modish concrete. The stronger, denser limestone walls protect the homes from typhoons for generations.

One of the key characteristics of Japan that continues to shock the western world is that houses depreciate here. This seems counterintuitive for a nation so densely populated, where one would think that housing would be at a premium, and therefore more valuable. It would be if it weren’t for the fact that mother nature herself is actively trying to destroy anything we create by unleashing a tsunami, earthquake, typhoon or volcano.

The response to this harsh reality is to build buildings out of wood. Flexibility is key to strength and all that. The downside to wooden structures (other than termites) is a limited lifespan, which is exacerbated by largely existing in a humid subtropical climate. A house in Japan is expected to be worthless 20 years after being built. Modern Okinawan houses, on the other hand, are mostly reinforced concrete, which can last twice as long, if not longer. This means that buildings don’t lose value as quickly as they would on mainland Japan. 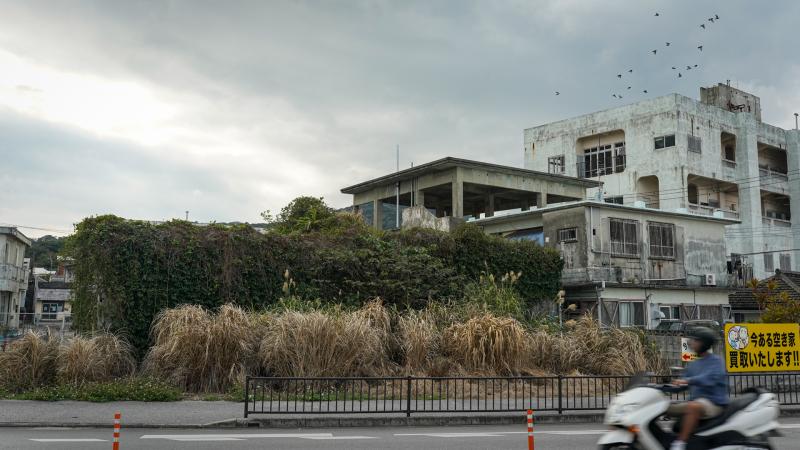 The island found itself the center of attention after World War II when concrete was imported en masse. As concrete is stronger against typhoons, termites and fires, it quickly phased out the wooden-house design, setting Okinawan architecture apart from the rest of Japan.

One of the downsides of this type of construction, other than limited WiFi connections, is that once the temperature inside reaches more than 7°C cooler than the outside, the concrete starts to sweat — yes, even the buildings sweat here. This opens the doors for mold and mildew issues behind the ever-present textured white wallpaper. It doesn’t stay white for long. 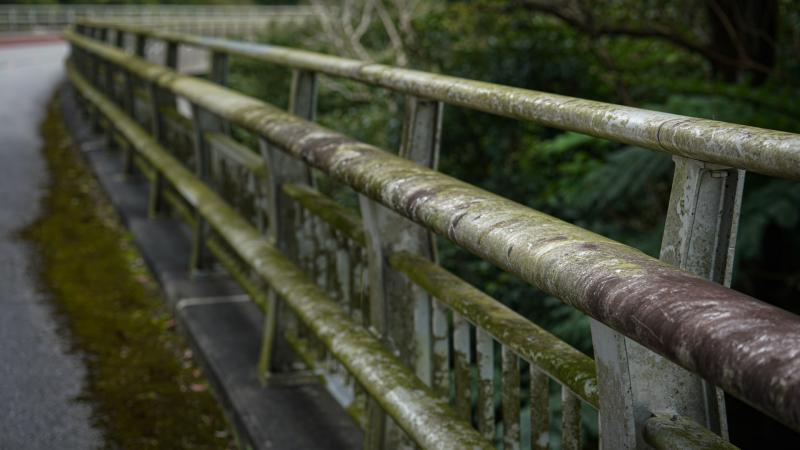 On top of that, you also have to worry about the organisms growing on the outside of the house. With the ample rain and year-long growing season, plants have no issue going from innocent weeds to mini jungles — housing the likes of roaches, lizards and bats. And it’s not just mold, plants and animals trying to take over: the humidity also matches the high levels of salt in the air due to Okinawa’s ocean surroundings. You would think rust was a building material if you didn’t know better.

However, it’s not all bad: perhaps the salt that’s so good for skin and food but so bad for modern architecture has something to do with the incredibly long life of the Okinawan people. There are more than 400 centenarians in Okinawa, and it’s likely not the awamori to blame. Hitting the other end of the spectrum, Okinawa has the highest percentage of children per capita, at almost double Tokyo’s. Coupled with one of the longest life expectancies in the world, maybe there’s something to this overgrown island life after all.