No, Micro….Micronesia…in the far western Pacific Ocean just above the equator.

Blank stare.
This was the typical exchange with friends and strangers alike when I announced in 2016 that I had applied to be a Peace Corps Response Volunteer in one of the most remote and smallest islands in the Pacific Ocean.

Although the Peace Corps gig only lasted a few months, I stayed on for five years living in Colonia, the sole town on the 38 ½ square mile main island. Actually, it’s more of a two-road commercial and government crossroads set in the middle of the eastern side of the four contiguous islands overlooking the surrounding reef.
The day I arrived I was walking down the road when two women, one old, one young, appeared walking toward me. The older woman was bare-breasted, the younger one wore a secondhand T-shirt promoting a rock band and both wore lava lavas, the colorful, handwoven knee-length wrap skirts that women from the distant outer islands favored.
I had read that women’s breasts were not considered erotic on this ancient island – thighs were, but not breasts -- but it was still a shock to this American woman’s sense of propriety. Nonetheless, I soon became accustomed to nodding hello to bare-breasted women in the small grocery stores, the hospital, the bank, even among my neighbors.

Well, it wasn’t really nodding. I learned, too, that a quick, subtle snap of the head upwards was the correct greeting between women. And if you didn’t have time to stop and say hello, it was proper to say “goodbye” as you passed by each other. Time to chat? Say “hello” instead.

My cultural learning curve continued when I saw massive donut-shaped wheels of limestone called “rai” leaning against shops and homes.

It was the island’s unique-in-all-the-world hand-carved stone money that was brought from Palau, 250 miles distant, beginning hundreds of years ago on bamboo rafts towed behind traditional hand-carved canoes to be used as currency.

The largest is 12 feet in diameter and 20 inches thick. The hole in the middle of each one is where a strong bamboo stick is placed for several young men to more easily carry the heavy discs on their shoulders. Most villages also have a stone money “bank” where the currency is lined up along a path.
Although American money has replaced stone money as daily currency, they’re still used to settle certain social debts, the value is not in the size but in the effort it took -- the lives threatened by the ocean-passing and those lost -- to bring the money across the open ocean.
The stones are too heavy to move but their history and who owns each one are said to still be known despite changing hands many times over the years.

And then there are the dances. Men and women slather coconut oil mixed with turmeric on their bodies for a golden sheen, don colorful green, red, and yellow grass skirts for the women, and multi-layered thu’us, or loincloths, for the men, and add on flower crowns, leis, and other natural adornments.

They then line up to perform in fast-paced dances, chanting ancient songs that set up the rhythm, each one telling a tale of a long ocean voyage or other ancient event or myth.

The stick, or bamboo, dance is the only one that’s performed by both men and women together. It combines the sharp click of long bamboo rods with chants, yelps, leaps, and quick hip swishes of the women’s grass skirts.

I love watching the women in their grass skirts arrive in a line and, one-by-one, sit on the ground, carefully arranging their bulky grass skirts under them like cushions before beginning a women’s sitting dance.

An older woman sets up the chant from the sidelines and the dancers take it up, bodies swaying, arms and hands moving in graceful patterns to illustrate the dance’s meaning.

Only the most experienced and best dancers occupy the middle position in the line.

Also known for its resident population of manta rays, vibrant coral reef, and deep ocean caverns, Yap attracts divers from all over the world, but it’s never crowded due to the limited number of flights from Guam.

Yap is one of a handful of places on the earth that is still covid-free. The border closed in April 2020 and is still closed to tourists. But once it opens again, hopefully in 2022, put Yap on your bucket list, pack your t-shirts and zoris, and get ready for one of the most unusual travel experiences of your life.

And for all you women out there, be sure to cover your thighs. 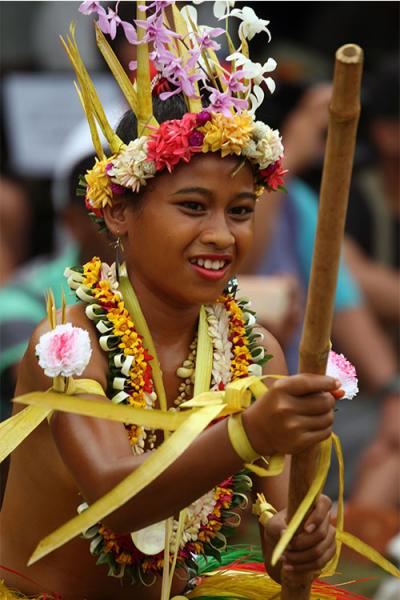 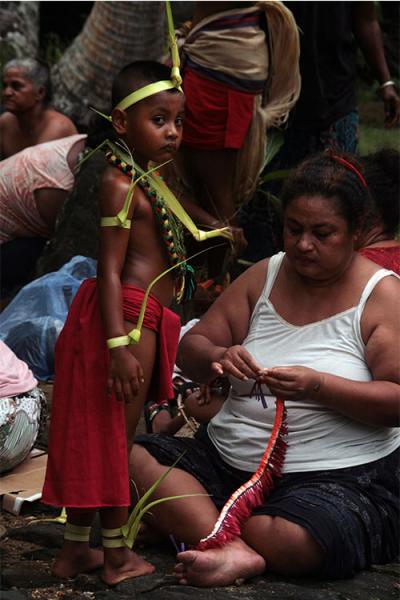 First published on pedacitosblog.com, a community that fosters the exchange of stories, skills, and awareness between its members to promote more informed, inspired, and culturally aware global citizens.

Enjoy the sea of Yap among the largest mollusks on earth