Ask your friends what the national sport of Japan is, and although many of them will give you the right answer (sumo, of course), some might say “it should be baseball.”

Called “yakyuu” (literally, field ball), baseball is one of the most popular games in Japan, despite not being the national sport. Baseball is inescapable in Japan these days. In less than 150 years, we have nearly turned an imported sport into our national sport.

Here, the sport can be much like politics and religion - bring up a specific team or a player, and you better be prepared for a conversation that could quickly become heated.

The Nippon Professional Baseball league, or NPB, is the league when it comes to baseball in Japan. With 12 teams scattered from the northern mainland of Hokkaido to the southern mainland of Kyushu, many of Japan’s major cities have a team to call their own. And for residents of these cities, the loyalty and dedication to their teams is usually as strong as they come.

The history of baseball in Japan goes back to 1871, when foreigners living in Yokohama would play against crews of the USS Colorado at what is now Yokohama Stadium. Baseball then spread among Japanese through American teachers and residents, with the first professional baseball association being established in 1920. Professional teams then formed one after another, starting with the Tokyo Giants in 1934, Osaka Tigers in 1935 and Nagoya Dragons in 1936.

Today, just like the National and American Leagues of MLB in the U.S., there are two leagues in the NPB - Central and Pacific. The Central League has traditionally been more popular than Pacific League, as the two most popular teams, Giants (Tokyo) and Tigers (Hyogo), belong to the Central.

Many say the recent popularity of Giants has significantly dropped. The team has always been the most popular, with most manga and animation films on professional baseball in Japan usually featuring heroes from the Giants. The team is likened to the New York Yankees, and it is often said that there are two kinds Japanese – pro-Giants and anti-Giants.

Not a baseball enthusiast myself, I was born and raised in the Kanto Plain, and therefore a Giants fan throughout my childhood, just like most of my friends. I proudly wore a G-marked shirt and ball cap, cried when Shigeo Nagashima retired from the Giants in 1974, and was overcome with joy when slugger Sadaharu Oh hit his then-record breaking 756th homerun in 1977.

Since Hideo Nomo became a historical success with the Dodgers in the mid-90s, star players such as Ichiro, Hideki Matsui and Koji Uehara have taken their world-class capabilities to the MLB one after another. The NPB has become somewhat of a minor league for MLB, and those players who have succeeded in the U.S., have become even bigger rockstars in their home country.

While there are many similarities between NPB and the MLB, there are some drastic differences that you notice the minute you walk into a Japanese stadium. For one, fans become cheerleaders in the stands while their team is at bat. Each player has a unique song, and every fan knows the lyrics to chant along. Secondly, the cold beer conveniently served at your seat is done so by a petite Japanese “beer girl”. It’s a stark contrast to the big and loud “beer guys” yelling “Beer here!” in the U.S.

Visit the nearest ballpark to your base and see these differences for yourself. Check out YouTube in preparation for your team’s cheers, and make sure to grab yourself a cold biru to wash down that bento box. 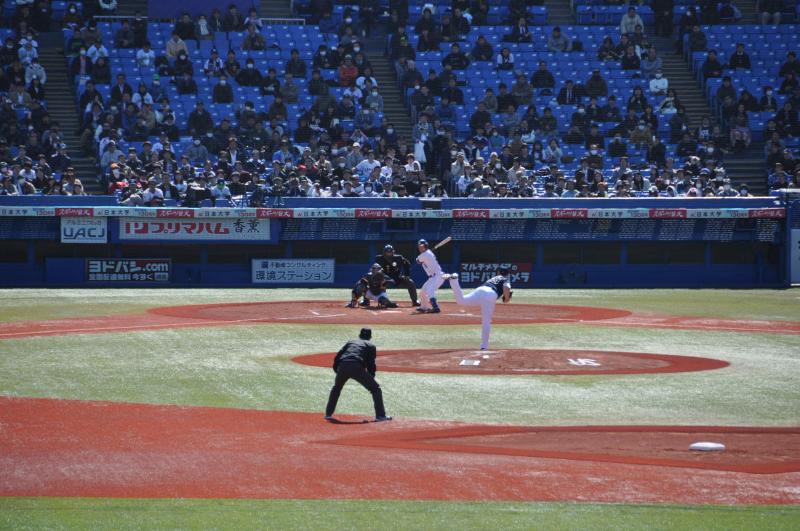 Coming to a park near you

* Hosting teams on the left

To get tickets, you can visit a team’s official website. Once you reserve the seats you want, there are several options, but often you can go pay and pick up your tickets at most convenience stores nearby. There is also the option of picking up tickets the day of the game at the ballpark, but be aware that games often sell out, especially on the weekends.

- Until it was broken in 2015, former Cubs outfielder Matt Murton held the record for hits in a season with 214.

- Another former Cub, Tuffy Rhodes, won the Pacific League MVP for the Osaka Kintetsu Buffaloes in 2001. Rhodes hit 55 homers and drove in 131 runs.

What you need to know

- Stand up when your team is batting

- Each player has a cheer song when at bat

- The Giants are equal to the Yankees

- Games can end in a tie after 12 innings 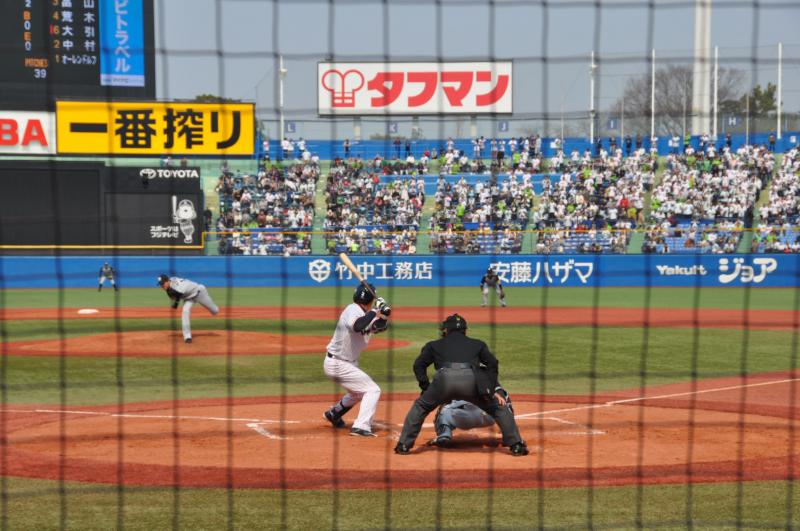 A loud and rowdy crowd can have a big impact on a baseball game in Japan.

Just like in the States, rooting and hecklers are a big part of the in-game experience at baseball stadiums across Japan. While Koshien Stadium is notorious for its harsh hecklers, all stadiums have some form of heckling.

Of course, the fans’ voice can help to inspire good from a player, but often times can mentally bring them down. Sometimes, the nasty hecklers can even lead to fights between players and fans.

Baseless slurs or name-calling only ruins the in-game experience, but baseball needs the humorous hecklers and friendly cheering.

The next time you attend a game, get in on the fun and use these Japanese phrases to sound just like a season-ticket holder.

A very common phrase to cheer up batters. Most likely, a  batter’s name comes next. Sometimes fans will chant this phrase together.

A versatile phrase to root for anyone in a tough situation.

A reproachful word with a little bit of crudeness. It’s pretty self-explanatory.

A good way to praise a player for something. Most likely, you would say their name first and follow up with this phrase.

Usually reserved for an umpire whose judgment you strongly disagree with. Use this phrase enough, and make a John McEnroe out of yourself.

6. Shikkari Shiro / Majimeni yare! (Get your act together!)

Another phrase to show displeasure, but with more of a sense of preaching. Perfect for a scene where an inexperienced player makes a bonehead play.

7. Mattemashita! (We’ve been waiting for you!)

Whether for a high-profile rookie about to make a debut or a veteran player who is making a comeback, this would be a good thing to say.

In big games, like the Japan Series, crowds chant this phrase when the game comes down to a two-strike count with two outs in the 9th inning.

A harsh phrase to condemn a sloppy performance that doesn’t live up to professional quality. This can also be used for players or teams that don’t make their best effort.

A versatile phrase that can be positive or negative and used whether your team is up or down in the game.

The first thing a gutless player might hear from the stands.

After all, to stay positive and keep the good vibe going will make the best of your game experience.

VIDEO| Take me out to the ballgame in Japan!

The rise, fall, and comeback of batting cages in Japan