From the dense forests of Nara, where deer roam free, to fascinating artisan villages that line up the spectacular northern coastline of Tango Peninsula, there is plenty to explore and enjoy in Kyoto Prefecture once you venture beyond the former Imperial capital. Uji is of such gem sites. Located roughly 30 minutes away from Kyoto, this little town packs a lot of history, scenery and rich green tea culture. It makes for a fascinating detour from the hustle and bustle of Kyoto or Osaka, especially when you have one day to spare. Here’s my Uji day trip guide with recommendations on what to do and see. 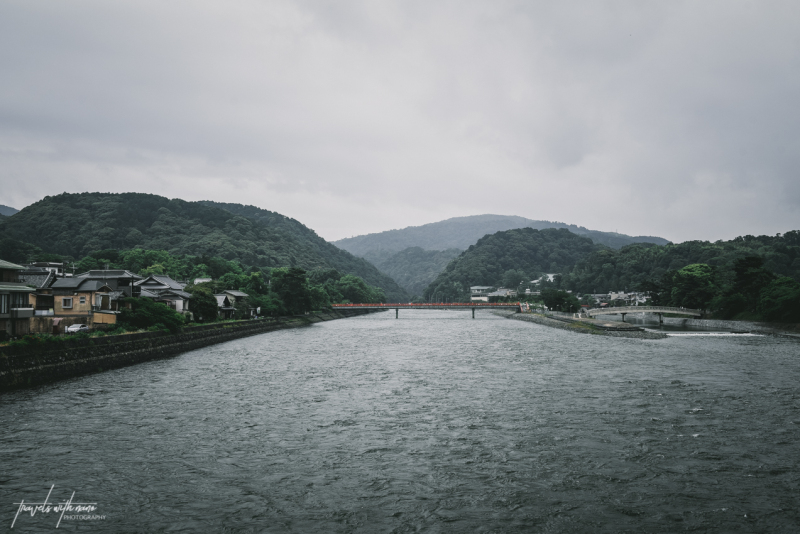 Byodoin Temple
The temple depicted on the 10-yen coin is, in fact, the historic Byodoin Temple. Originally built in the 10th century, this temple is now a UNESCO World Heritage site and features remarkable Buddhist Pure Land architecture. Interestingly enough, it was initially intended as a countryside retreat villa for the powerful politician Fujiwara no Michinaga. One of its most spectacular features is the Phoenix Hall which houses a statue of the Amida Buddha and has miraculously escaped numerous fires and other calamities that the temple was subjected to and is thus one of the few original wooden structures to survive from the Heian Period. If you look closely, its design (the middle section of the temple) resembles the shape of a phoenix and also features two bronze phoenixes perched opposite each other on the roof. As I found out from the temple’s brochure, phoenix was a popular mythical bird revered by the Japanese as a protector of Buddha. The temple also has a unique treasure house which exhibits valuable artifacts, including dozens of designated important cultural properties and national treasures, and is a great place to learn more about the temple’s construction and history through its informative, multilingual displays. 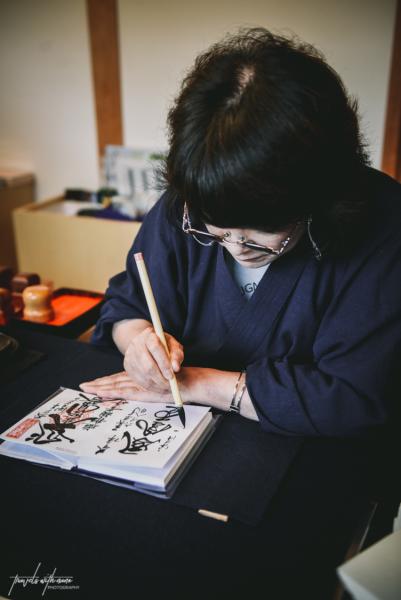 Other Noteworthy Temples
History buffs might also be interested in visiting another world-heritage site Ujigami Shrine, which is believed to be the oldest standing shrine in Japan and is linked to Byodoin Temple as its “guardian shrine”. Time permitting, you might consider visiting Mimurotoji Temple which is known for its beautiful flower garden offering postcard-worthy scenes all year round. Cherry blossoms, azaleas, hydrangeas, lotuses and maple trees – they have it all. Last, visit Shojuin Temple which has gained immense popularity thanks to its heart-shaped window called inome. Inome is actually a traditional Japanese pattern with over 1400 years of history and is used for several historical buildings in the country. It is believed to help avoid disasters and bring happiness. If you want to catch the photogenic moment of the heart-shaped sunlight seeping through the window like on the picture below, time your visit at 3 – 4 p.m. on a sunny day. The temple is particularly popular during the wind chime festival held here from July to September.

The Tale of Genji Museum
Dedicated to the masterpiece of classical Japanese literature, this museum artfully replicates the lifestyle and culture of the Imperial Court of the Heian Period and offers a fantastic opportunity to immerse into the historic past of Japan. The Tale of Genji depicts the story of an extremely handsome nobleman and his love affairs with the last 10 chapters happening in Uji. The museum offers impressive displays of the attire of the era, and the life-size sets and furnishings of their residences. The Tale of Genji is arguably said to be the world’s first novel, so the museum is definitely worth visiting, especially if you appreciate history and literature.

Japan’s Best Green Tea
Uji is a green tea mecca and the place to be for green tea connoisseurs (although, Shizuoka Prefecture on Izu peninsula is equally famous for its green tea production). In fact, it is the oldest and most prominent green tea producing region in Japan and is considered to be the birthplace of matcha tea.

When green tea was first introduced to Japan from China by the Zen priest Eisai in the late 12th century, Uji was picked as an ideal place for tea planting thanks to its proximity to the former capitals of Kyoto and Nara. Favorable climate, well-drained soils, proximity to a river and moderate temperatures made it a perfect location for tea cultivation. Eisai also taught tea harvesting and preparation methods to the local priests. Thus, this little town turned into a primary producer of the highest grade Japanese green tea, commonly referred to as ujicha, and earned Uji the status of excellence for tea production. 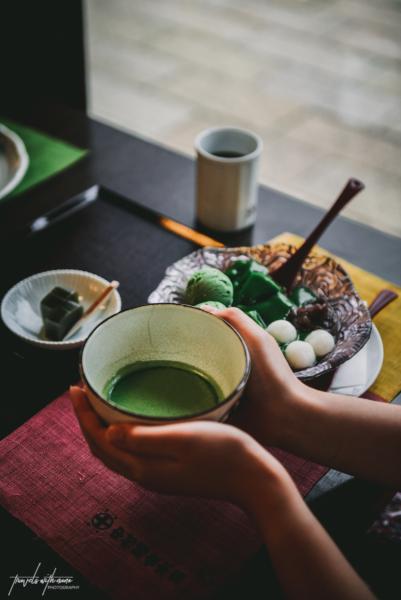 Naturally, there are a variety of ways to enjoy Uji’s tea and tea culture, including two major public events: Kecha-sai Matsuri held in June/October and Ujicha Matsuri held in October. Both festivals are dedicated to show gratitude to benefactors of Uji tea for a successful harvest and to offer a prayer for the further development of the tea industry. 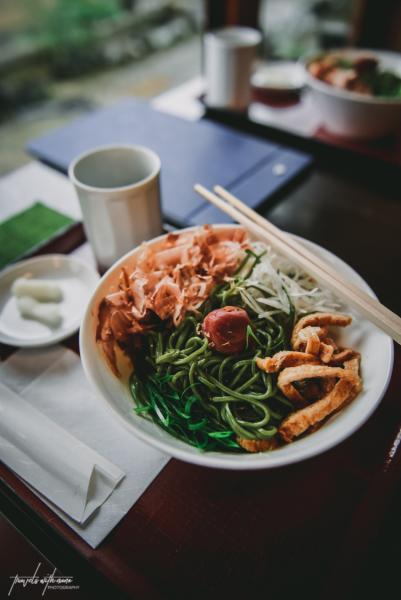 Taiho-an Tea House offers guests an opportunity to participate in authentic tea ceremonies hosted in a traditional setting. You’ll be served matcha and the kimono-clad host gladly shares her knowledge about the correct tea ceremony etiquette. In Takumi no Yakata certified tea instructors provide step-by-step guidance (English available) to brewing the perfect cup of tea, explain the difference between various the types of tea as well as answer tea-related questions. Nakamura Tokichi Byodoin, located on the riverside, is a local favorite where you can enjoy savory and sweet tea-themed dishes. I loved their matcha-flavored soba salad, as well as the dessert platter paired with matcha tea. Kyouryouri Tatsumiya Restaurant, is yet another wonderful choice offering a variety of bento boxes with an assortment of Japanese food, all in bite-size portions. Lastly, Aiso, also set right by the river, offers a variety of delicious and seasonal savory meal sets, anything from tempura to eel. 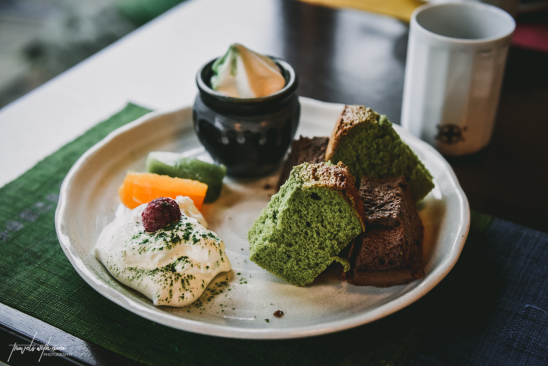 Those who are looking for more hands-on experiences might find it interesting to partake in matcha grinding classes at Fukujuen Ujichakobo or Nakamura Toukichi workshops. The experiences conclude with a tasting session, so you enjoy tea from the powdered leaves which you have just prepared. Alternatively, you can get your hands dirty at one of the pottery making classes offered by Asahiyaki Sakutoukan and Toukinosato Sumiyama workshops.

Hardcore green tea aficionados might also want to visit tea plantations where you have a chance to interact with local farmers and learn about the entire production process. Obubu Tea Plantations and Shohokuen are the two plantations that offer field and factory tours for tourists during the tea picking season. Wazuka Town, located a few miles from Uji is home to many tea plantations as well. 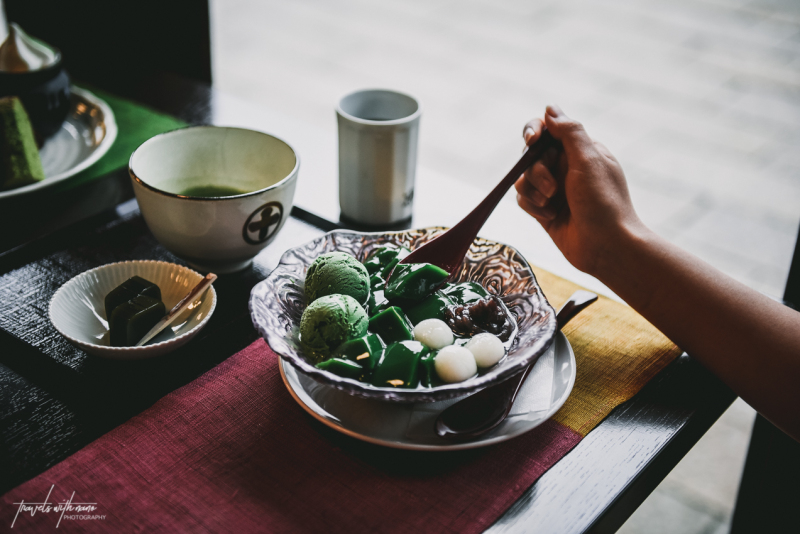 Last but not least, one of the best places to purchase tea and tea-related souvenirs is Omotesando, the 300-meter approach to Byodoin Temple that is lined by shops, cafes and ice-cream shops. I highly recommend the Mitsuboshien Kanbayashisannyu Honten Store as a stopping point- this family has been making tea for over 500 years. 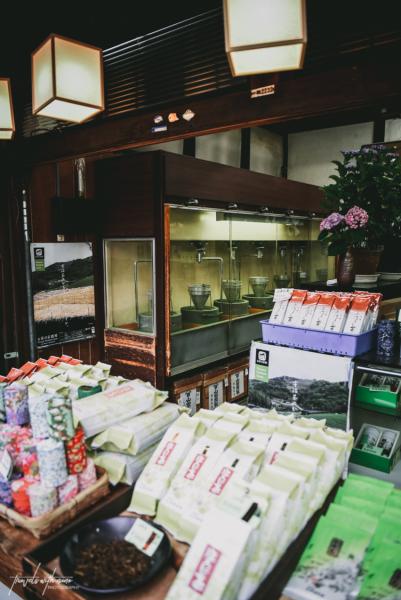 How to Get There
Kyoto City and Uji are connected by frequent trains along the JR Nara Line. The one way trip takes about 20 minutes by rapid train or 30 minutes by local train. The Keihan Line is useful for passengers departing Kyoto from around the Kamogawa River, e.g. the Gion area, as opposed to Kyoto Station. Take the Keihan Main Line to Chushojima Station, transfer to the Keihan Uji Line and alight at the terminal station, Keihan Uji Station. The one-way trip takes about half an hour.

Do you like Japanese green tea? Would you want to visit one of the tea plantations to learn about it first-hand from the local farmers?

Kurotani Washi-no-sato: A visit to a historic Japanese papermaking village