Yomitan Village on Okinawa makes for a relaxing destination for many who live near Camp Foster or Kadena Air Base. The village is the host municipality of Torii Station and once there, you might notice the immediate change of mood. Here, traffic slows down and the laidback vibe is palpable in the air.

Stay on Route 6 and you’ll eventually hit Cape Zanpa, the westernmost point of the island. Take the 35-minute drive from Kadena Air Base and you’ll soon be feeling stress-free.

On a hot summer day, I visited there for the first time in a while. With the rainy season in the rearview mirror, I was looking for a place where I can soak up some sunlight. Just hitting the beach and enjoying the water crossed my mind, but Cape Zanpa was appealing because it is known for having a great ocean view. Plus, there is a lighthouse on the tip of the cape, which would allow me to enjoy the view from high above.

The Zanpa Lighthouse, at 31 meters high, is the tallest lighthouse in Okinawa, according to a brochure. It was built in 1974, the year I was born. I’d never had a chance to see the interior of this lighthouse, so this felt like a good time to explore. 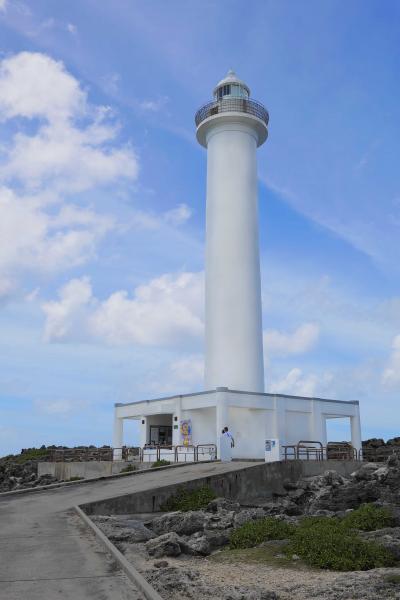 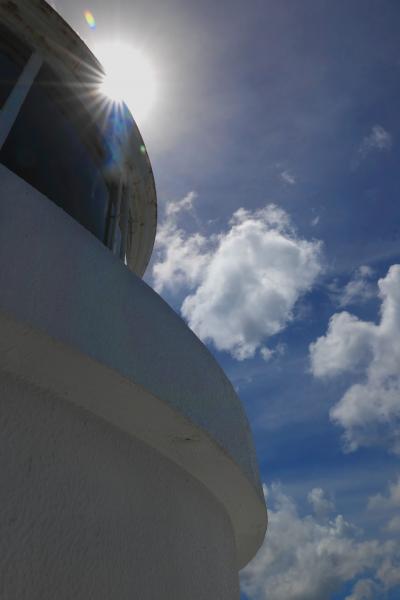 Before I made the five-minute walk to the lighthouse from the Zanpa Resort Activity Park, I decided to grab some lunch. The park has a BBQ restaurant, tennis courts, a goat shack, and a gigantic Shisa dog statue. For lunch, however, I stopped at the Cape Zanpa Drive-in, one of the park’s other great restaurants. 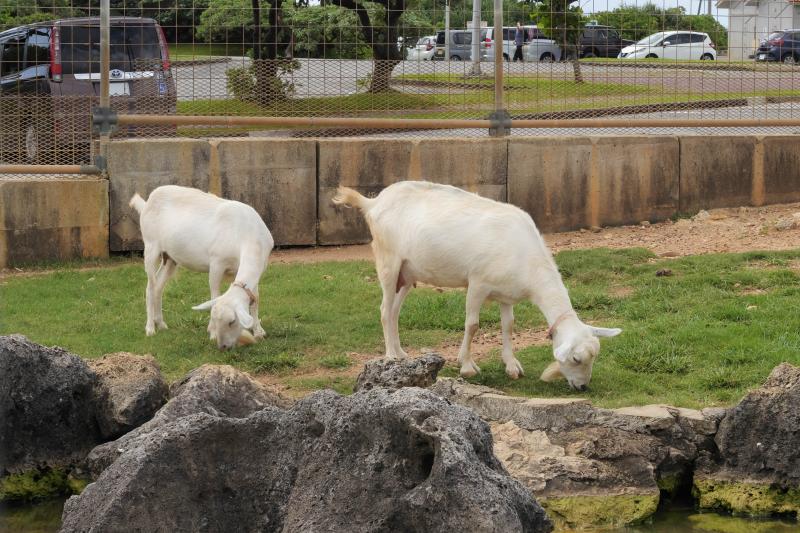 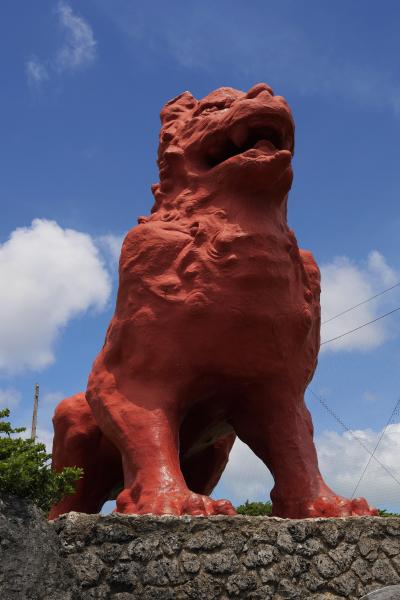 I found out about this place just before I visited the park. Their homemade burgers and pancakes looked very enticing on their website. I ordered the Fried Chicken Burger (700 yen or $5.16). The fried chicken was crispy but soft, and the buns had a delicate sweetness. I coupled that with a lemonade (500 yen), which had a refreshing, strong lemon flavor. 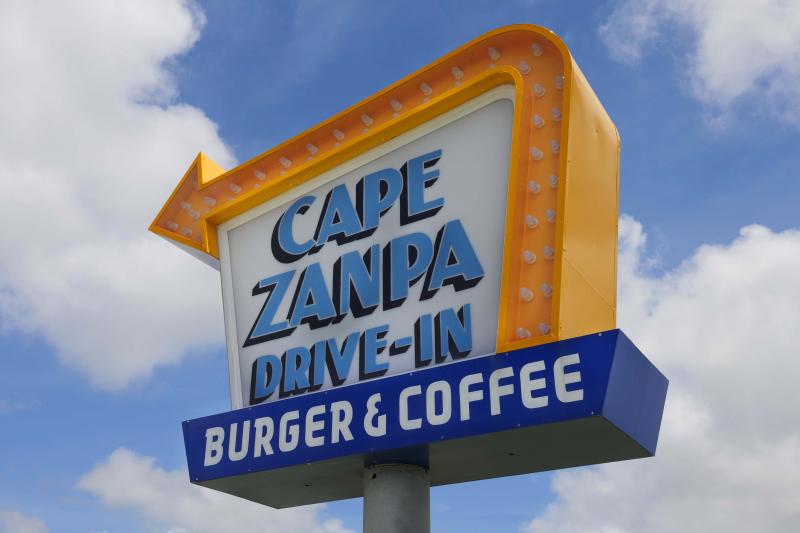 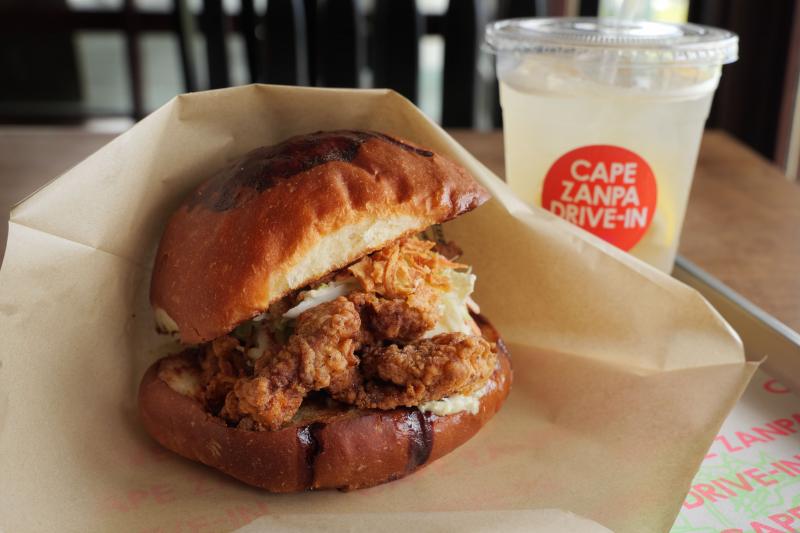 After a quick lunch, I continued onto the cape. Soon, the lighthouse came into view reaching into the sky on a rocky coastal cliff bordered by Japanese Cheesewood shrub-covered land. The coastline here runs about two kilometers long with many rocky cliffs ranging from 20-to-40 meters high. From ground level, the view was already superb, so I couldn’t wait for what I’d see from 31 meters above.

To enter the lighthouse, I had to pay a 300-yen fee first. Unlike similar attractions, the Zanpa Lighthouse did not have an elevator to take visitors up to the top, so I had to climb stairs. At the top, I had to climb a ladder to the deck just below the lighthouse beacon. There was only enough room for one person to stand between the outer and inner edges of the deck. 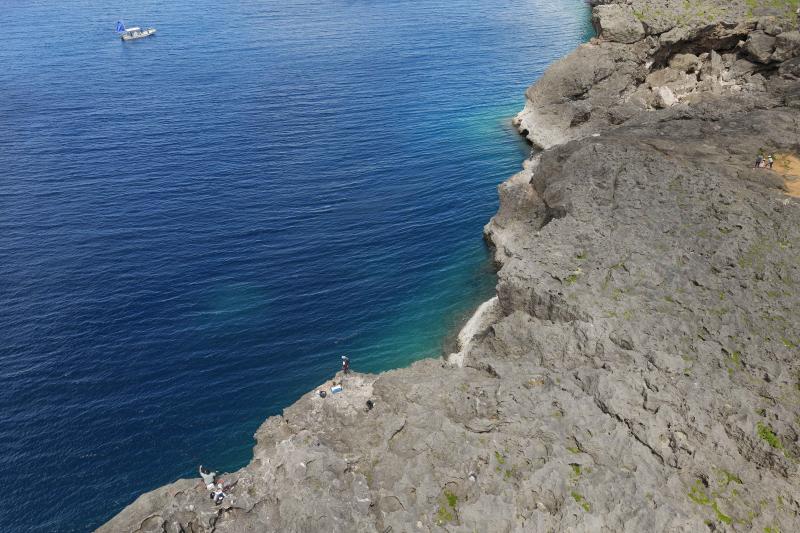 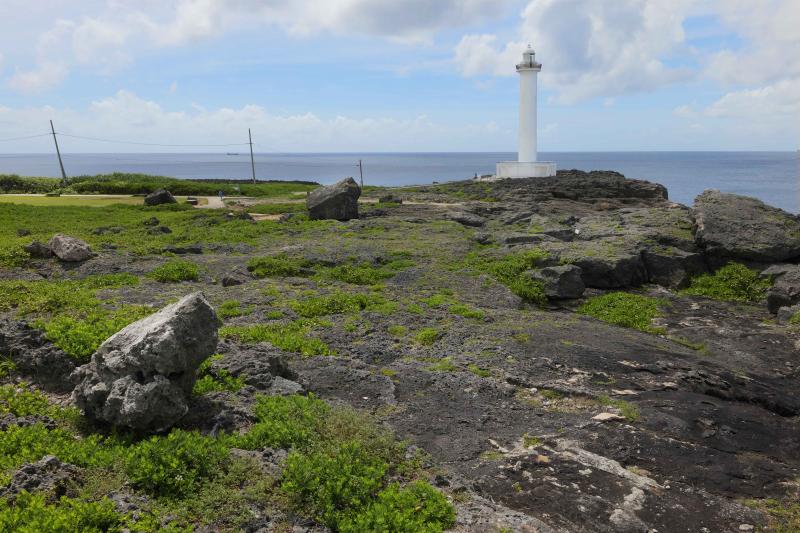 Holding onto a deck banister, I looked down, facing north. The rocky coastline now looked even more dynamic. The panoramic view reminded me of the world of Wuthering Heights. On the left-hand side, the ocean shined in deep blue dotted with sailing ships and anglers along the coast. From this height, even the leaves of the shrubs on the cliffs looked more like a grass lawn than foliage.

My heart raced a little faster as my grip tightened on the banister, but I couldn’t resist to keep looking out at the landscape unfolding before me. After about 15 minutes, I heard another visitor coming up, so to avoid crowding the deck, I decided to head back down.

Once back on the ground, I strolled around on the cape for a while. I noticed there was a huge rock near the cliff with a sign that said a typhoon back in 1990 had brought the rock to this very location. A little further down, I came across a small house-like structure, thought to be a spiritual sanctuary and power spot for locals, the park website said. There was also a statue of Taiki, a legendary figure who pioneered trades with Ming, then China. The statute pointed a finger toward the ocean as if to guide visitors to the history behind this location. 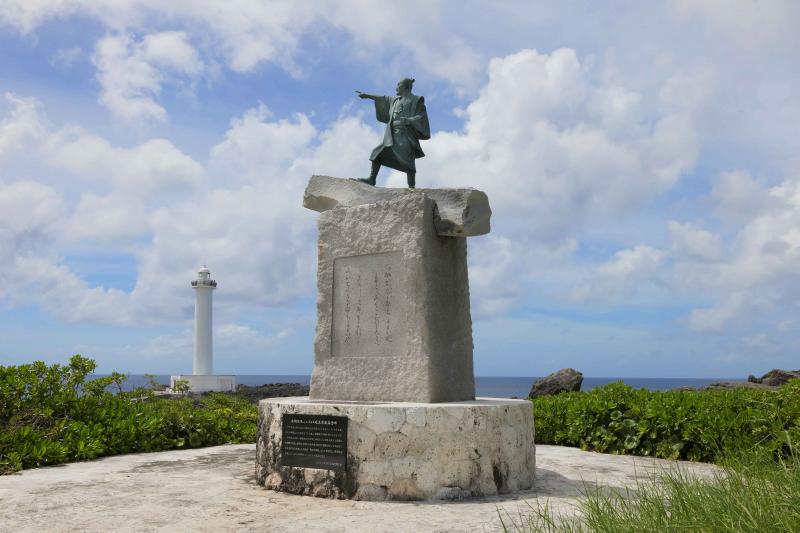 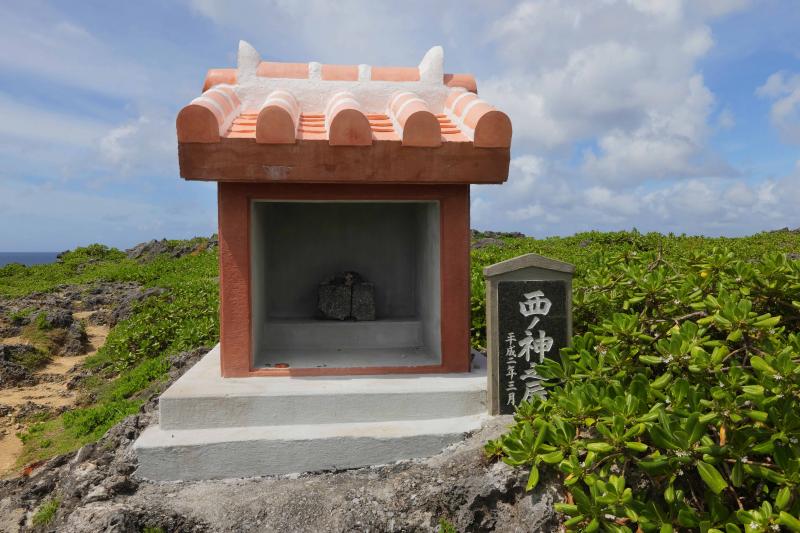 I spent nearly two hours walking around and exploring the cape under the heat of the sun. By the time I left, my skin was really sunburned and still hurt days later. However, the views and the curious landscape made the burn totally worth it. If you’re looking for a short escape, check out Cape Zanpa, but don’t forget to bring the SPF! 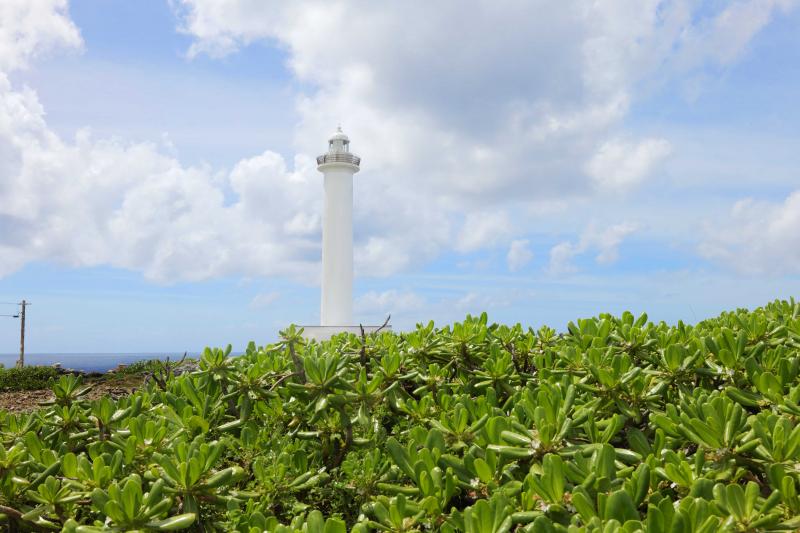 *Last admission at 20 minutes before the end of the operating hours.

*Depending upon the weather, the lighthouse can be closed. 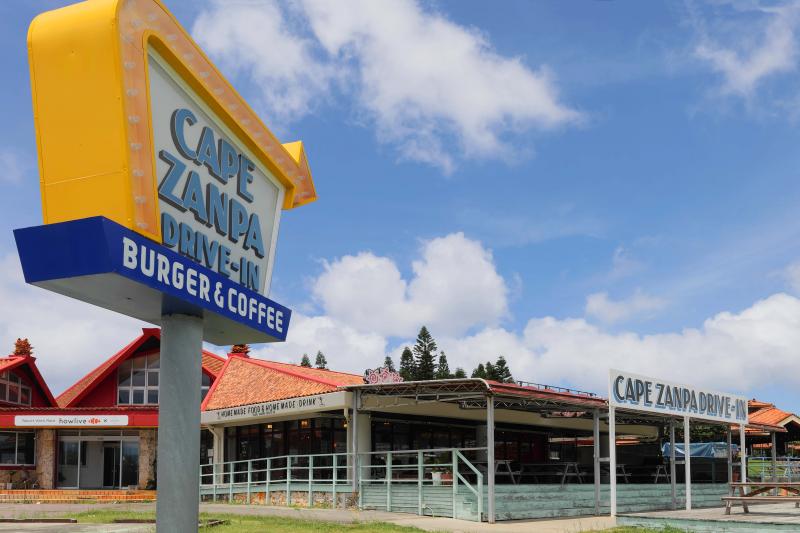