What a trip! Taking a ferry from mainland Japan to Okinawa

What a trip! Taking a ferry from mainland Japan to Okinawa

Recently my wife and I PCSed from Sasebo to Okinawa. We decided to end our time in Kyushu in style and roadtripped our way to the island. That’s right, we drove to Okinawa.

Our 10-day trip culminated in an ocean-going ferry ride from Kagoshima City to Okinawa with stops along the way to see the Amami Islands. 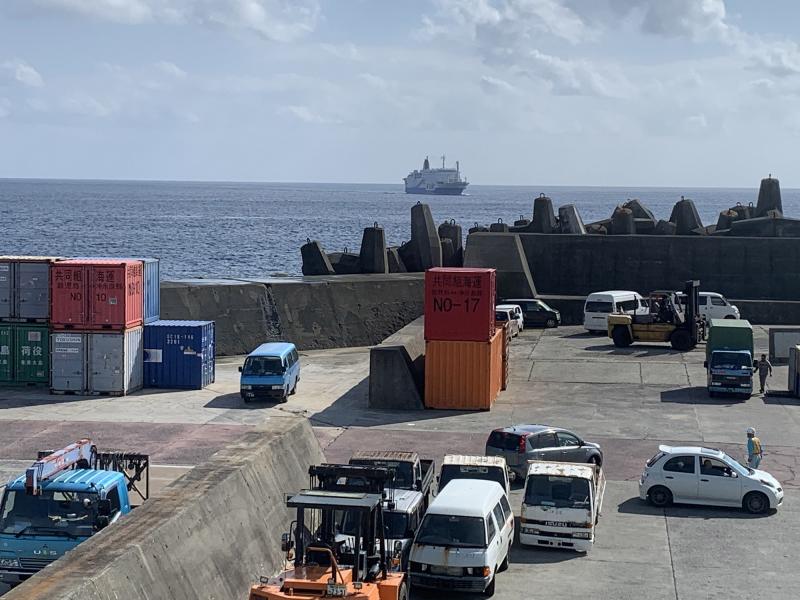 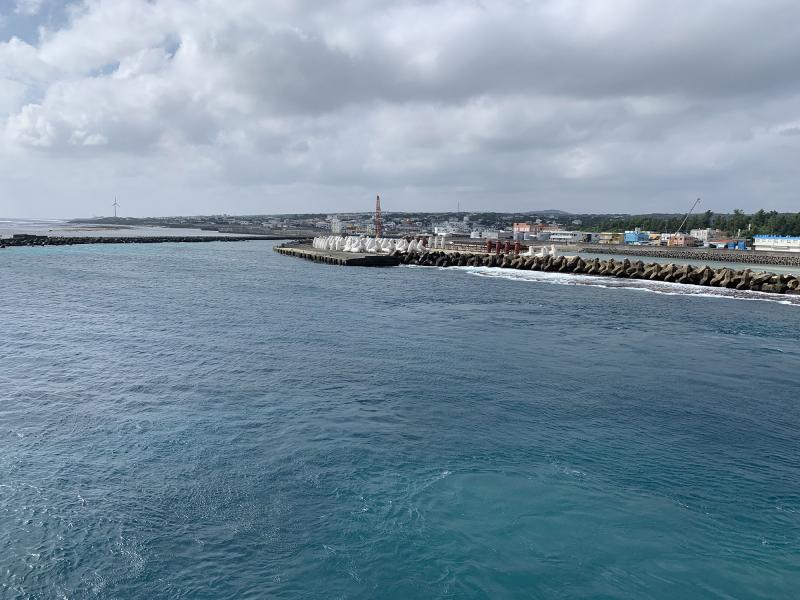 The Amami Islands are an archipelago partway between Kyushu and Okinawa. These little islands are what you’re looking for in a tropical getaway— they’re lightly populated yet geared for tourists with beautiful landscapes of sea, jungle and mountains, historic ruins and plenty of outdoor adventures. Traffic is nonexistent, lodging and food are very affordable and the people are among the friendliest we’ve ever encountered in Japan. 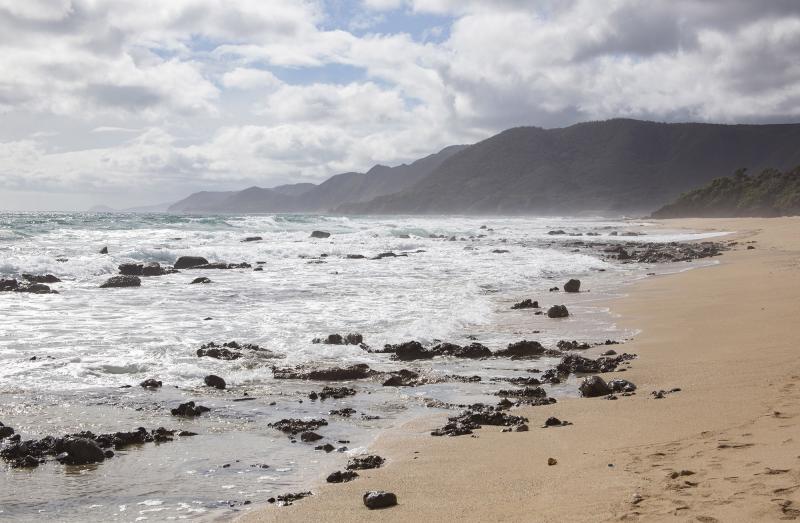 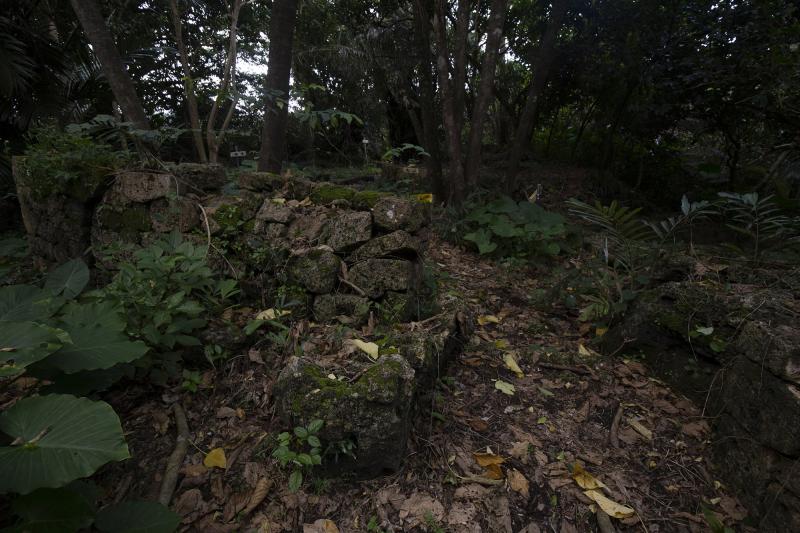 It is possible to fly to all four of the Amami Islands the ferry stops at, but for us, driving with the car we will use in Okinawa made sense. Compared with flying taking the ferry is easier, cheaper, requires far less inappropriate touching by security personnel, plus, there’s no unpleasantness because they felt the one-inch nail file on my toenail clippers was “threatening.”  (Both true stories.) There’s also a certain adventurousness that comes with arriving via ship to a freight terminal on a remote island.

Calling it a ferry is a misnomer as ocean-going ferries are more inter-island freight vessels with passenger service on the side. It’s more akin to a cargo ship than the little boats which cross rivers and bays that come to mind when you say “ferry.”

Two ferry companies service the same routes on alternate days, A Line (“Maru A”) and Marix. There is little difference between them in either service or cost and we used both during our trip. A full trip from Kyushu to Okinawa takes about 25 hours. They run on a constant loop, so there is one stop at each destination every day by one of the two companies.

Arranging for a trip was easy but requires a Japanese speaker for easy navigation if dealing with the company. My wife called ahead of time to check the schedule and though we didn’t make reservations we were able to show up an hour before boarding to purchase tickets.  By calling ahead you can also see what special deals are available, such as unlimited stops during a set period. (Think bumming between islands for a week whenever you feel like.) An alternate choice is going online and buying tickets through an English-language ferry website like aferry.com.

Since we brought a car we had to wait on the pier at Kagoshima’s Shinkoku Port in our vehicle until it was time to drive aboard. We repeated this process two more times with no trouble at our two stops when we had to get back on. Sakurajima, Kagoshima’s friendly neighborhood active volcano had been smoking for a few days and our car got covered in a fine layer of ash while waiting. The first leg of our trip to Amami Oshima was overnight, so the ferry boarded around 5 p.m. and took off about an hour later when it was dark.

Price-wise, bringing a vehicle is only viable compared to flying when PCSing. Renting a vehicle once you arrive on an island is a better option if you’re on holiday. From Kagoshima to Naha the ferry is less than $150 a person if traveling on foot, tickets between islands can be as low as $15. Bringing a car adds several hundred dollars to the equation.

The ferries offer three classes of accommodations for visitors which correspond only to sleeping arrangements; all passenger areas are open to everyone. 1st Class is a private cabin, 2nd Class is a shared cabin and 3rd Class is Japanese style on the floor in a large open bay.

The trips were smooth with the ocean only gently rolling us in a sleep-inducing and lackadaisical manner. Only on the overnight trip to Amami Oshima did we choose 2nd class accommodations, which entailed a rack in a cabin for eight. It’s pretty similar to a navy berthing minus about 100 people and that odor. (You know the one.) There’s an open shelf for your bag and the ship also has smaller lockers for valuables that anyone can use.

For our day cruises, Amami-Okinoerabujima and Okinoerabujima-Motobu (Okinawa), we chose 3rd Class accommodations as sleep wasn’t that relevant though we did nap at one point. Dropping off cargo and passengers on schedule for these ferries means pre-dawn pitch black departures and us having to arrive an hour early for that. The mat and small pillow weren’t bad for the short rests.

All ferries had open lounges and vending machines for food and drink, including alcohol. Each ferry has a cafeteria for hot meals, but these only operate during meal hours. It’s not the Titanic so don’t expect fine dining but the food here is still better than you’d get on certain commercial airlines. A small gift shop also carries snacks and souvenirs. I spent most of our trips sitting at a table reading H.P Lovecraft, which in retrospect is not the best author for an open ocean voyage, and eating Japanese snacks I’d brought with me.

We stopped and spent days on Amami Oshima and Okinoerabujima, two islands with histories related to Saigo Takamori, the man who inspired “The Last Samurai.” On each island we had only 24 hours to see the Saigo-related historic sites and museums, take in the tropical countryside and learn a little about what made each island unique. On Amami Oshima we tried local black sugar-based shochu at a brewery and on Okinoerabujima, we explored the ruins of an ancient Ryukyuan castle overrun by the jungle. 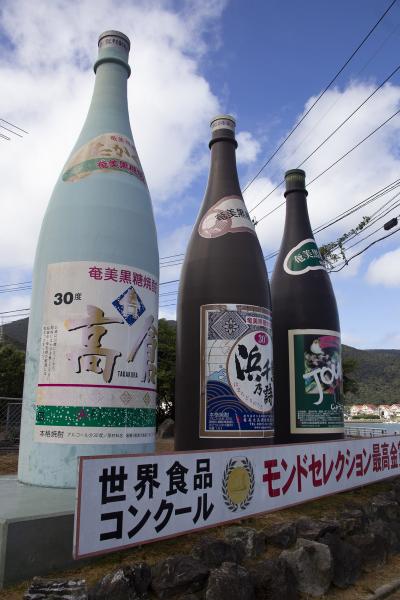 What the islands had in common were the people as everyone we met was consistently friendly, helpful and kind. On two occasions we were invited for tea simply because we stopped off at a nearby historic site.  Another time we stopped by a museum that was closed due to the owner being out of town for a month, so the nearby local goods shop/minimart clerk sat us down for her homemade lemongrass tea, along with generous servings of their local sweets and a fresh papaya.

And then when our 24 hours was up, off we’d go on the ferry to our next little adventure.

Depending on when you plan to travel, typhoons need to be kept in mind as from June to November they may affect ferry service. A very late season typhoon began developing while we were in Kagoshima so we pushed back our trip by a day to see how the weather would play out. The ferries were running but having endured rough seas on a submarine tender inching toward Hong Kong years ago, I’d rather wait a day than experience that unpleasantness again.

Rough seas at the island of debarkation may also make it impossible to get off and instead you’ll be taken to the next island. We were given a warning the seas may be too rough to land at Okinoerabujima, but our hotel on Amami Oshima told us that the ferry lines had been telling people that every day for a week and every day the ferries still landed.

Ferry Ride from Tokyo to Hokkaido

Police on the lookout: Stay out of the bus lanes on Okinawa